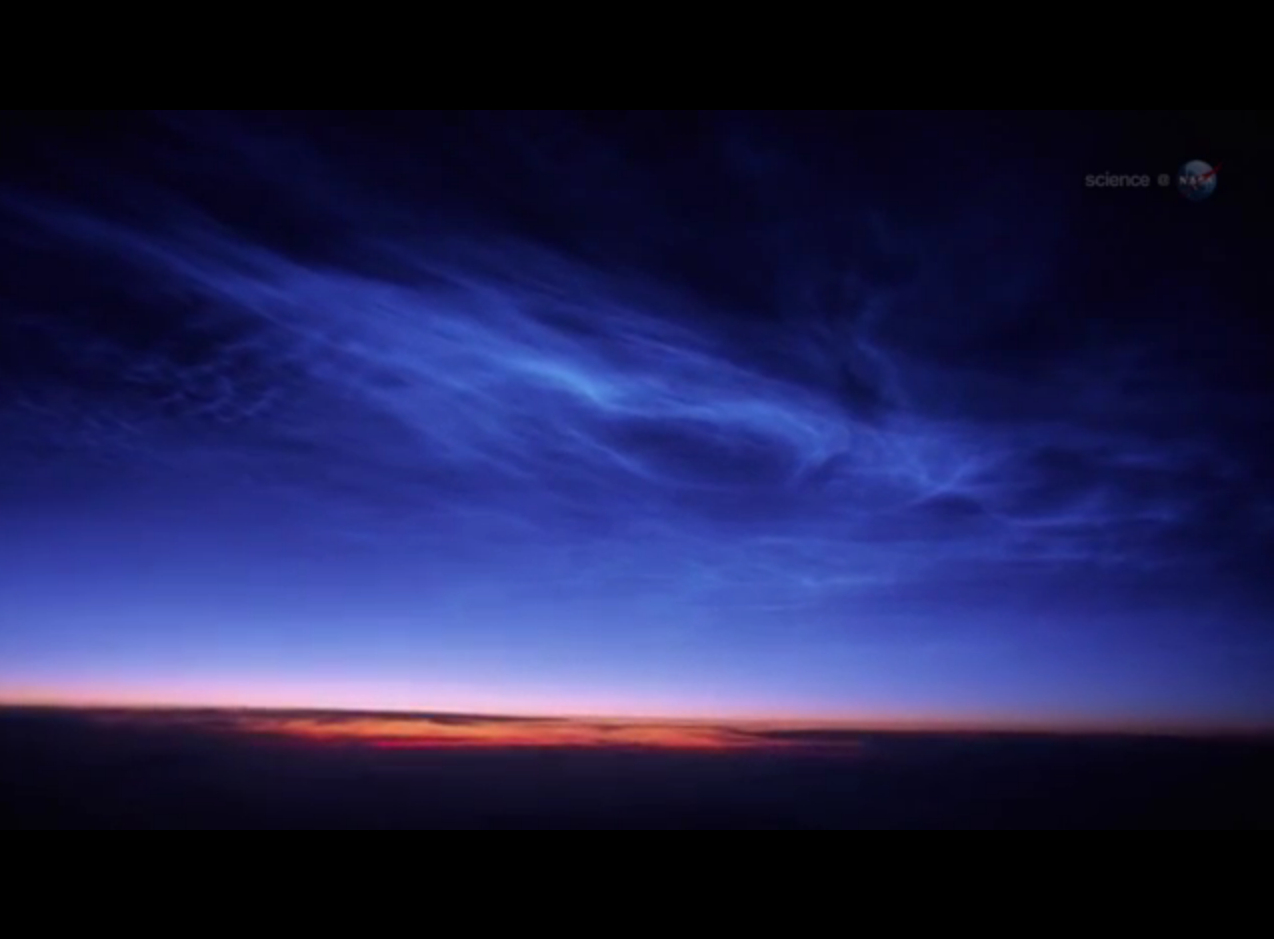 Every summer, above the North pole, icy crystals begin to cling to the smoky remains of the meteors, forming hypnotic electric-blue clouds known as noctilucent clouds (NLC`s). These clouds are especially of interest to high latitude skywatchers, and around the Arctic circle their season of visibility is eagerly awaited.

NASA`s AIM spacecraft which is orbiting our planet to study NLC`s started detecting them on May 13, 2013. The 2013 season is remarkable because it started in the northern hemisphere a week earlier than any other season that AIM has observed, said Cora Randall, at the Laboratory of Atmospheric and Space Physics at the University of Colorado. This is quite possibly earlier than ever before, she added.

Experts studying the data from AIM spacecraft have stated that the clouds are behaving strangely. This year NLC`s are appearing quite early, boosted by changing "teleconnections" in our planets atmosphere, announcing a very good season of noctilucent clouds.

It is recommended to look west 30 to 60 minutes after sunset when the sun has gone 6 to 16 degrees below the horizon. If you notice electric-blue and white tendrils in the sky, you have most likely seen a noctilucent cloud.

Night clouds or noctilucent clouds are tenuous cloud-like phenomena that are the "ragged-edge" of a much brighter and pervasive polar cloud layer called polar mesospheric clouds in the upper atmosphere, visible in a deep twilight. They are made of crystals of water ice. Noctilucent roughly means night shining in Latin. They are most commonly observed in the summer months at latitudes between 50° and 70° north and south of the equator. They can only be observed when the Sun is below the horizon. 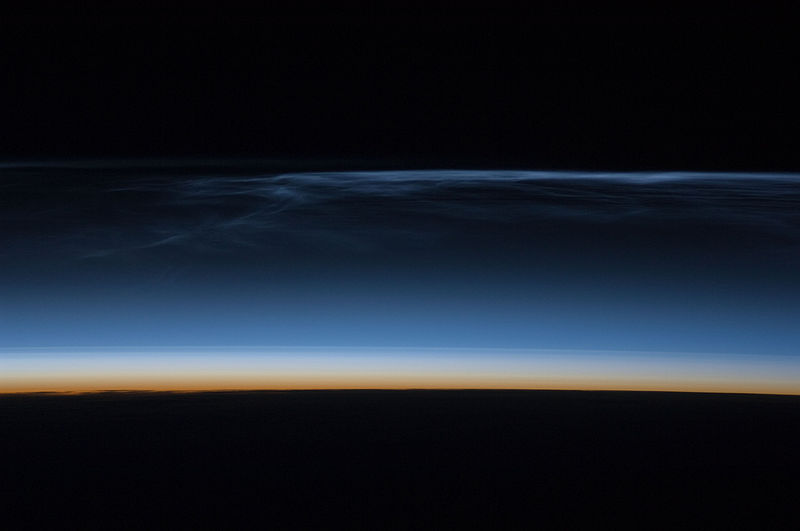 Noctilucent clouds photographed by the crew of the ISS. This image was acquired at an altitude of just over 200 miles in the pre-dawn hours of July 22, 2008 as the International Space Station was passing over western Mongolia in central Asia. (Credit: Image Science & Analysis Laboratory, of the NASA Johnson Space Center. NASA )

Noctilucent clouds can form only under very restrictive conditions; their occurrence can be used as a sensitive guide to changes in the upper atmosphere. They are a relatively recent classification. The occurrence of noctilucent clouds appears to be increasing in frequency, brightness and extent. It is theorized that this increase is connected to climate change.

NLCs are the highest clouds in Earth's atmosphere, located in the mesosphere at altitudes of around 76 to 85 kilometres (47 to 53 miles). They are normally too faint to be seen, and are visible only when illuminated by sunlight from below the horizon while the lower layers of the atmosphere are in the Earth's shadow. Noctilucent clouds are not fully understood and are a recently-discovered meteorological phenomenon; there is no record of their observation before 1885.

Spaceweather.com is now posting daily satellite images of noctilucent clouds (NLCs), which hover over Earth's poles at the edge of space. The data come from NASA's AIIM spacecraft as a composite of near-realtime images from AIM assembled by researchers at the University of Colorado's Laboratory for Atmospheric and Space Physics (LASP).