According to latest report by Joint Typhoon Warning Center (JTWC), Tropical Depression 03W (Yagi) is located approximately 548 nm south-southeastward of Kadena AB. The system is moving northeastward at 03 knots over the past six hours. TD 03w is currently consolidating and tracking slowly north on the western edge of an extension of the subtropical steering ridge positioned northwest of the system. Yagi will intensify into a tropical storm as it continues to move over the Philippine Sea.

Animated infrared satellite imagery depicts a consolidating low level circulation center that has become more defined and tightly wrapped over the past 12 hours. Upper level analysis reveals that the system is located under a point source of divergence allowing for low vertical wind shear (05-10 knots) and favorable outflow. 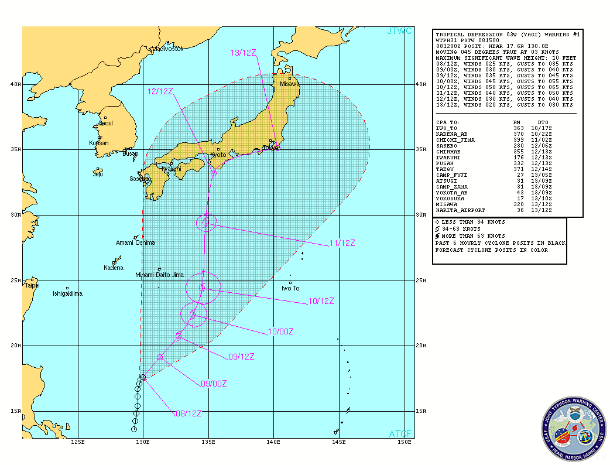 Philippine's central weather agency (PAGASA) designated this system as Tropical Depression Dante. PAGASA warned residents across the central portions of the country to stay aware of the risk of further floodings and landslides.

Japan is also keeping a close eye on Yagi. The storm is likely to make landfall somewhere in Western Japan by mid-week. It will dramatically decrease in intensity due to a surge of vertical wind shear from the polar front jet which is currently supporting the rainy season front in the area. Still, Yagi could bring flooding, especially in Japan's Shikoku and Kinki regions. 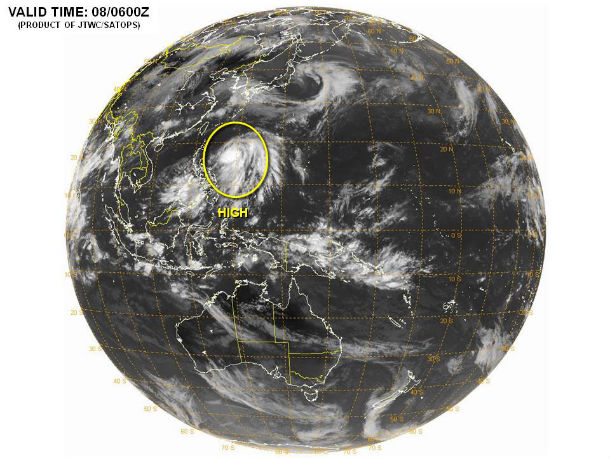