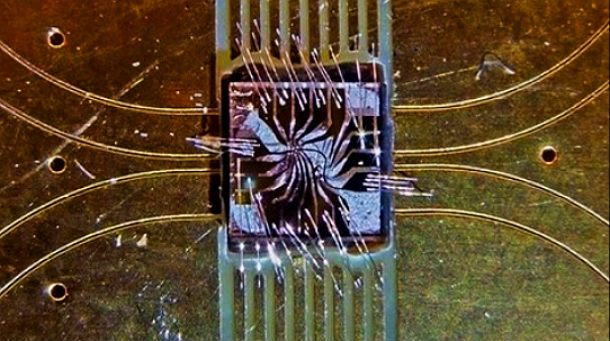 A series of tests between a regular PC and a commercially available quantum computer showed great potential of the quantum machine, leaving the PC trailing behind. The difference between classical bits and quantum bits, or qubits is that the latter can take the values 0 and 1 at the same time- which in theory means much faster computing speed. To classify them as truly quantum, the qubits are supposed to be linked by the quantum property of entanglement. To prove that was not a mundane task, because entanglement is impossible to measure while the device is in action, in March, 2013 an indirect evidence for entanglement was acquired in two separate tests of D-Wave’s device. 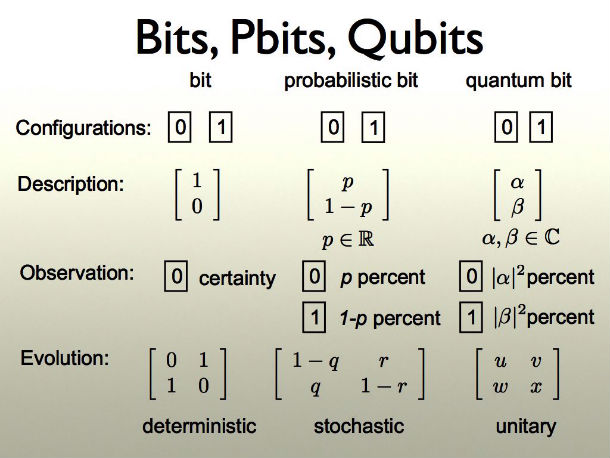 D-Wave, a Canadian company, has been in business of selling quantum computers since 2011. The company uses a non-mainstream method called adiabatic quantum computing, which caused the critics of D-Wave to be in doubt weather their chips were really using the action of quantum mechanics.

A team of Australian engineers last year claimed it has made the first working quantum bit (qubit) fashioned out of a single phosphorous atom, embedded on a conventional silicon chip. Australian engineers created a silicon transistor so small that “electrons have to travel along it one after the other. A single phosphorous atom is then implanted into the silicon substrate, right next to the transistor. The transistor only allows electricity to flow through it if one electron from the phosphorus atom jumps to an “island” in the middle of the transistor. By controlling the phosphorus’s electrons, the engineers can control the flow of electricity across the transistor.

As opposed to traditional computer bits, which can encode distinctly either a one or a zero, qubits can encode a one and a zero at the same time. This property, called superposition, along with the ability of quantum states to “tunnel” through energy barriers, some day will allow quantum computers to perform optimization calculations much faster than traditional computers.

Catherine McGeoch of Amherst College, Massachusetts, a consultant to D-Wave, conducted testing of their computer, showing it can perform better than regular machines. D-Wave’s computer is built to solve a particular kind of optimization problem: minimizing the solution of a complicated equation by choosing the values of certain variables. While that sounds pretty complicated, that kind of problem solving is used in many applications such as image recognition and machine learning.

With the help of her colleague Cong Wang of Simon Fraser University, in Burnaby, McGeoch put a D-Wave Two machine, which has 439 qubits formed from superconducting niobium loops, through its paces by running the problem on it. They ran the same problem on a high-end PC trying to solve it by using three leading algorithms. Amazingly, the D-Wave computer was around 3600 times faster than the best conventional algorithm. 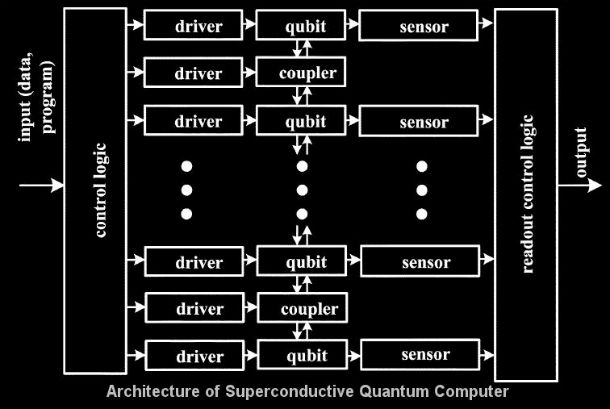 The test McGeoch conducted was to find the best solution to a version of the optimization problem, with each system given roughly half a second to finish, and she repeated the trial with 100 different versions. After that, she did the experiment for problems that involve even more variables including a more complicated equation.

Every time the D-Wave machine finished within only half a second, finding the best solution to the given problem, while the three regular algorithms had a hard time keeping up for problems that included more than 100 or so variables. CPLEX, which performed best out of three regular algorithms, needed to run for half an hour to match D-Wave's performance on the largest problems

This diagram explains Qubits or the quantum version of bits (Credit: Universe Review)

Catherine McGeoch also wanted to see how the computers perform with two other problems. The D-Wave device isn’t able to solve these directly so requires an extra piece of software which converts them into a form it can handle. Even though the D-wave's device had a smaller advantage in these cases, it still managed to match or outperform the algorithms on regular computers. The results of those tests will be presented next week at the ACM International Conference on Computing Frontiers in Ischia, Italy.

This comparison shows the great potential of the quantum computers, and this technology might be put into commercial use sooner than we imagine. It's becoming increasingly compelling, and if you are a forward-looking business, then you might be that much more compelled to really understand how to use these devices, states Jeremy O'Brien of the University of Bristol, UK.

There is still a possibility of D-Wave's machine using a non conventional but highly optimized way of calculating, not relying on entanglement. The quantum effect still has to be proven and confirmed by teams repeating the experiments. The speed tests are also not quite fair, because generic computers will always perform less well than a device dedicated to solving a specific problem, points out McGeoch.

A next step would be to build a conventional processor optimized for this task, for a fairer comparison, explains O'Brien. According to Colin Williams of D-Wave, the company's device finds the best solution in a very different way to regular algorithms. In a classical system, the solutions are poor to begin with but rapidly improve, and then they slowly converge on the best answer. I’ve never seen anything like that in a classical algorithm before.

"Rather than spending all our time on this academic benchmarking, we would prefer to spend our time on developing real-world applications at this point." Colin Williams