Comet Lemmon (C/2012 F6) is visiting  the inner solar system after almost 11,000 years. Comet Lemmon (C/2012 F6) is visible from the southern hemisphere at distance about 92 million miles (0.99 AU) from Earth. Northern hemisphere observers will get their first good look at the comet in early April. The comet is brightening as it approaches the Sun and currently it is glowing like a 7th magnitude star, which is just below the limit of naked-eye visibility. Light curves suggest that it will reach 2nd or 3rd magnitude in late March when it approaches the Sun at about the same distance as Venus (0.7 AU). 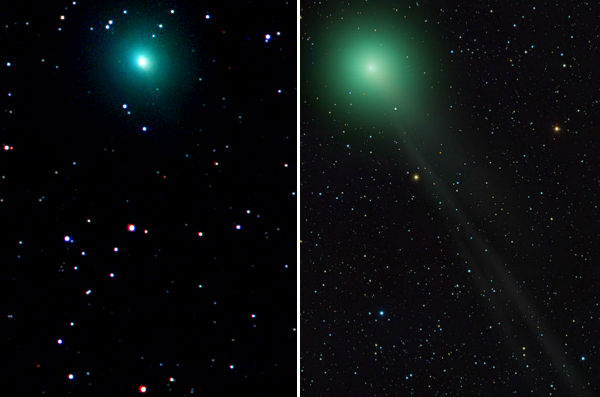 Jets spewing from the comet's nucleus contain cyanogen and diatomic carbon and Lemmon's green color comes from those gases that make up its coma.

Deep M6.4 earthquake hits near the coast of Ambrym, Vanuatu