Explosions and ash columns at Santiaguito volcano in Guatemala

A small eruption cloud was observed at Santiaguito volcano in Guatemala on January 11, 2013. INSUVIMEH reported  explosions at cone crater, accompanied by steam plumes and fine ash columns up to 3300 meters,  moving west-southwest. 4 lava flows from the lava dome were observed and some stronger explosions with occasional small pyroclastic flows.

INSIVUMEH reported that during January 2-3 explosions from Santa María's Santiaguito lava-dome complex produced plumes that rose 300 m. During January 2-4, the lava-flow front on the S flank was incandescent because avalanches exposed the hot interior. A weak explosion was detected on January 4. Explosions during January 5-8 produced ash plumes that drifted west and south-west. 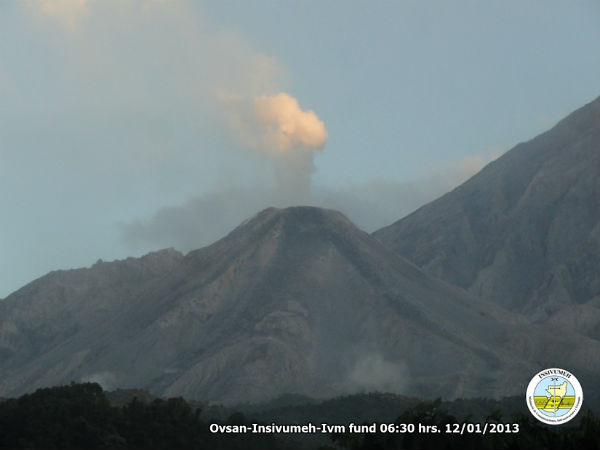