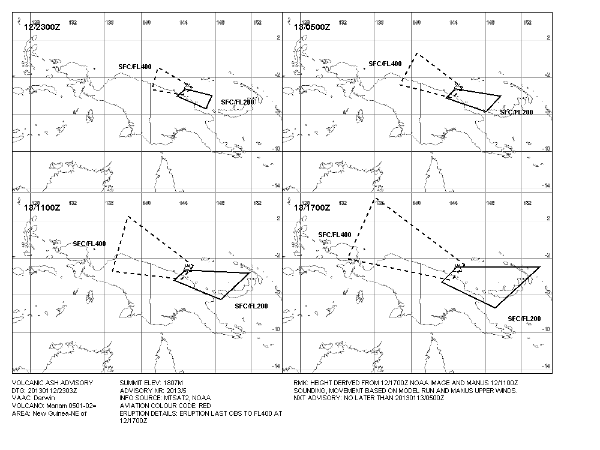 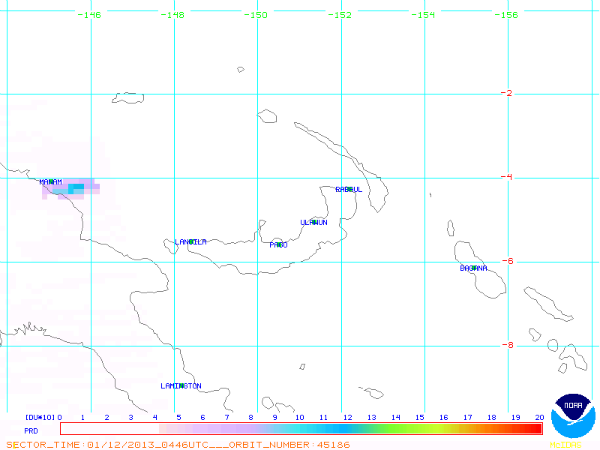 During December 8-14, 2012 diffuse and dense ash plumes rose 400 m above Manam's Southern Crater and drifted NW after strombolian explosions. Small lava flows on upper flank from two vents.  Most of  the island population had been relocated after the last major activity in 2004. 5 people were killed, mostly due to inhaling ash, and 9600 people were evacuated. The ash damaged crops, water supplies, and houses. 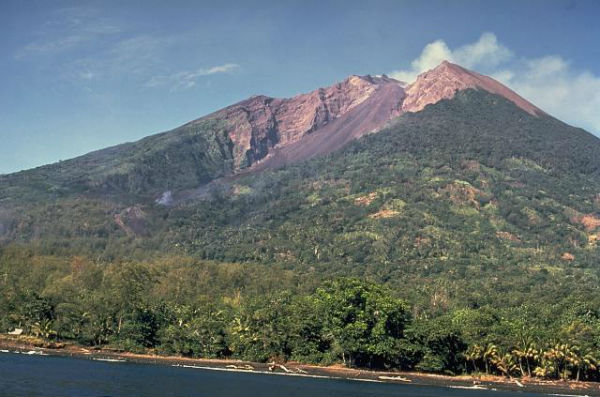 Papua New Guinea’s Manam Volcano sits in the southwest segment of the Pacific Ring of Fire where the Pacific Plate sinks beneath the Indo-Australian Plate. One of the region’s most active volcanoes, Manam forms a tiny 10-kilometer wide island that rises from the Bismarck Sea 13 kilometers off the shore of Papua New Guinea. The volcano has erupted frequently since its first recorded eruption in 1616.