Another moderate solar flare erupted from Active Region 1618. The event started at 06:45 UTC, peaked at 06:56 UTC at M1.4, November 21, 2012 and ended at 07:08 UTC. Region 1618 still has Beta-Gamma classification, harbors energy for strong solar flares and is Earth directed. Two eruption filaments were observed, both were Earth facing. A Coronal Mass Ejection (CME) is expected to impact the Earth sometime November 23 and may spark a G1 or G2 class Geomagnetic Storm. 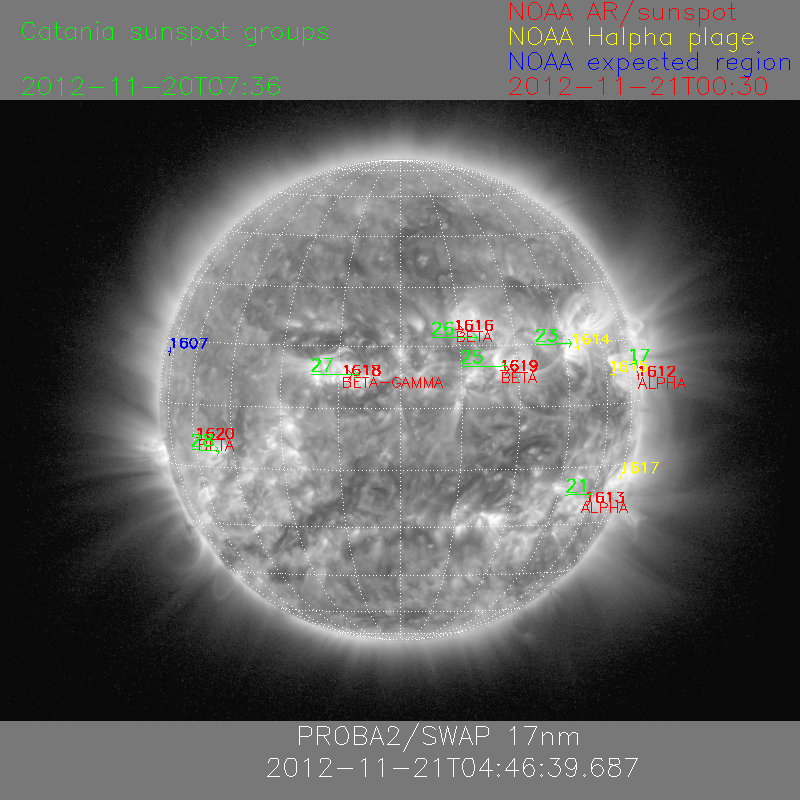 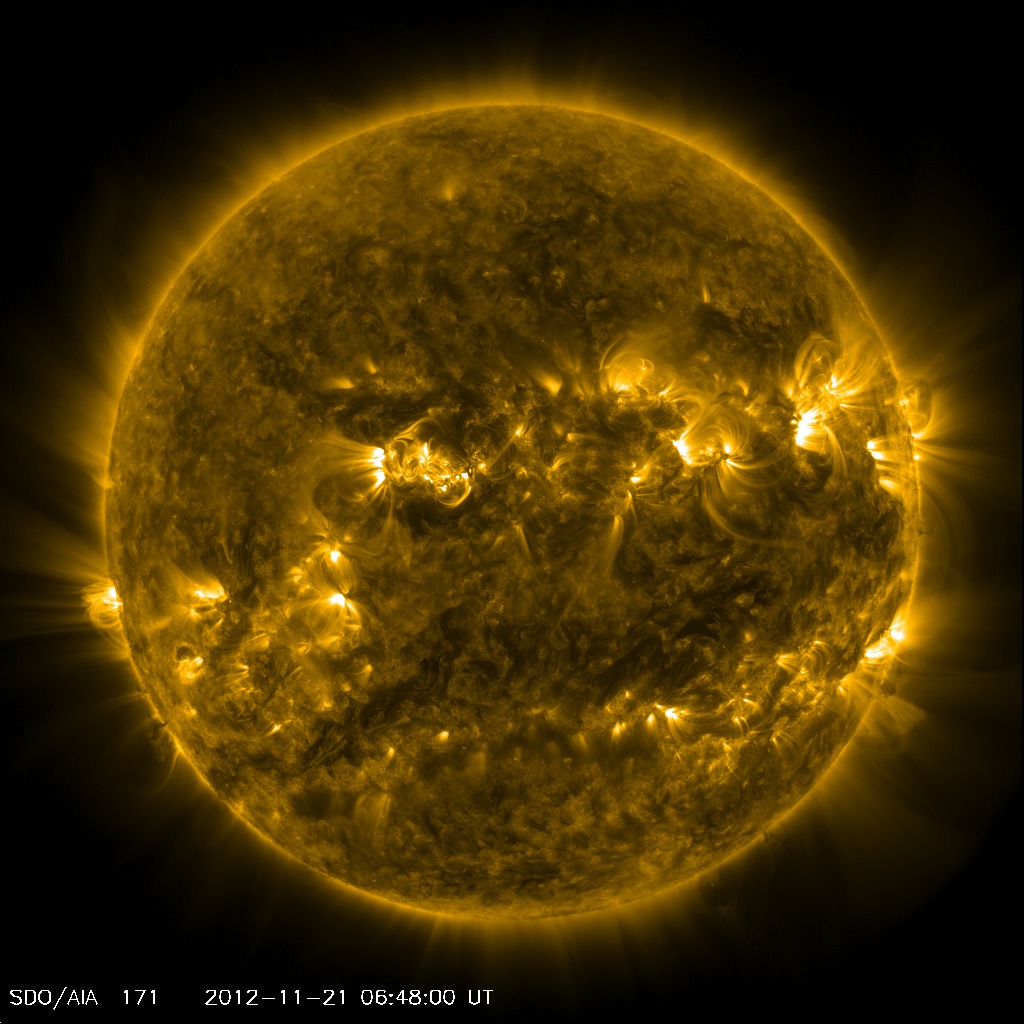 Image courtesy of NASA/SDO and the AIA, EVE, and HMI science teams.