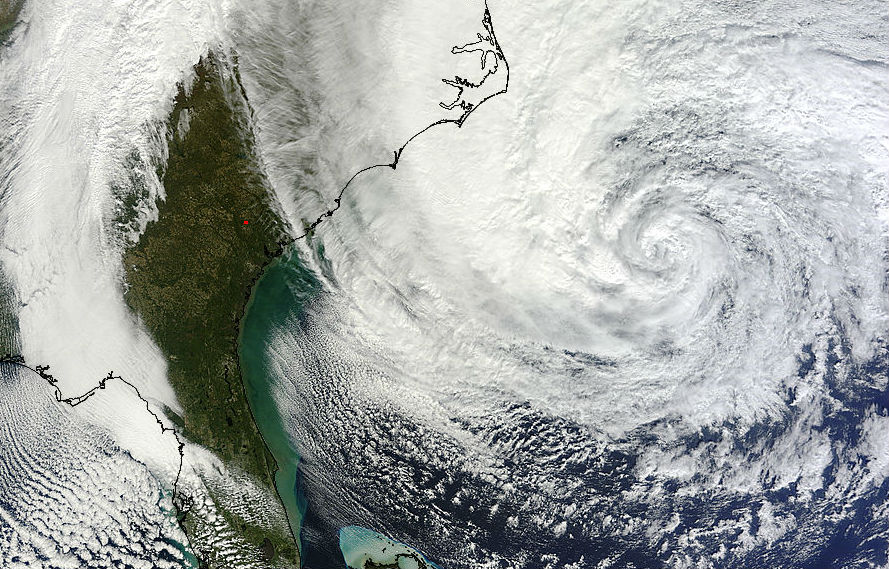 Hurricane Sandy is centered off the coast of North Carolina coast and is expected to lose tropical characteristics in about 36 hours as it moves northward. 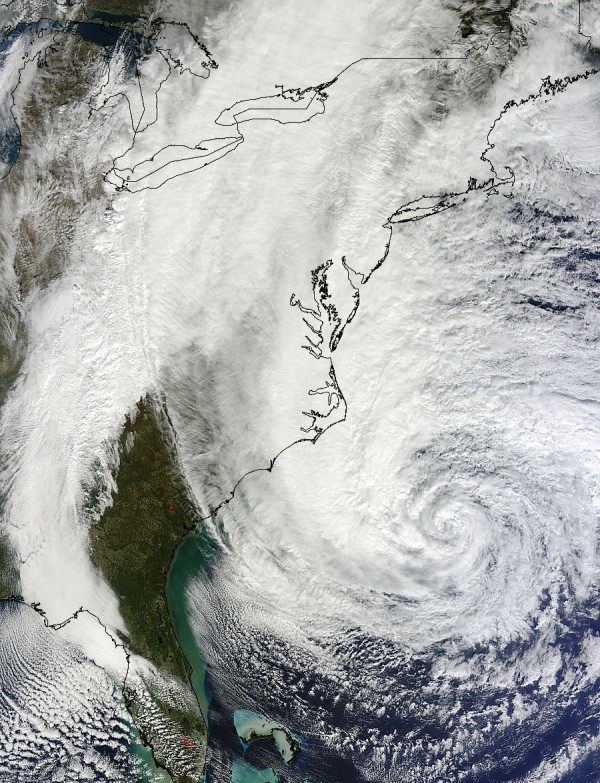 A Tropical Storm Warning is in effect for north of Surf City to Duck, North Carolina, Pamlico and Albemarle Sounds and Bermuda. Hurricane-force winds are expected along portions of the coast between Chincoteague, Virginia and Chatham, Massachusetts. This includes the tidal Potomac from Cobb Island to Smith Point, the middle and upper Chesapeake Bay, Delaware Bay and the coasts of the northern Delmarva Peninsula, New Jersey, the New York City area, Long Island, Connecticut and Rhode Island.

Tropical-storm-force winds are expected north of Chatham to Merrimack River, Massachusetts, the lower Chesapeake Bay and south of Chincoteague to Duck North Carolina, the northern end point of the Tropical Storm Warning. Other coastal and inland watches and warnings are in effect for these areas.

While the highest point of impact is still about 36 hours away, water levels along the East Coast have already begun to rise. High storm surge levels, from 6 to 11 feet, are possible in some areas. As an expansive extra-tropical system, Sandy’s winds will have a long, sweeping overwater fetch, with an extended duration of strong onshore winds, which will enhance surge levels. The duration of storm-generated elevated water levels may span the tide cycle, so that some surge occurring at high tide is likely. The moon is almost full, so the tides are stronger than average.

According to GDACS calculations, up to 15 million people can be affected by wind speeds of cyclone strength or above. In addition, 470000 people are living in coastal areas below 5m and can therefore be affected by storm surge.

Here, on video bellow, you can see the full day of October 28 as seen by GOES 14 using super rapid scan.

Hurricane Sandy is expected to transform into an extremely powerful extra-tropical storm system as it turns to the northwest Monday and moves onto the Mid-Atlantic coast Monday night or early Tuesday. The storm is expected to cause significant disruption, causing storm surge, high winds, and heavy rains in the populous areas along the eastern seaboard. Some regions are expected to receive heavy snow.

The tropical cyclone is being blocked by an intense high-pressure system over the North Atlantic and is expected to merge with a winter weather system moving across North America. Sandy will likely become a post-tropical storm that could affect an area from the Carolinas to New England, and as far inland as the Great Lakes. 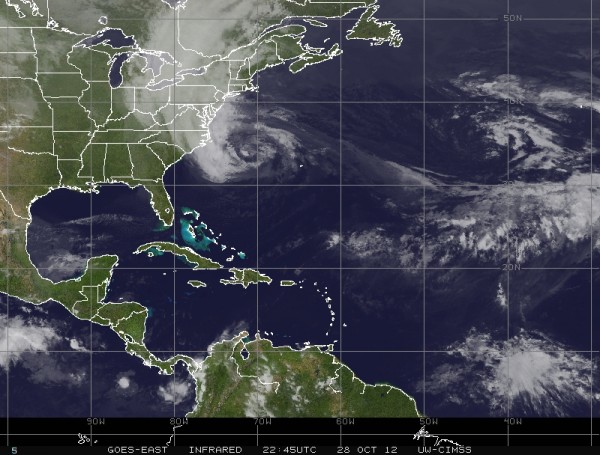