Tropical Cyclone Murjan made landfall in Somalia and Ethiopia

Horn of Africa experienced a tropical cyclone landfall on October 25. According to latest report by Joint Typhoon Warning Center (JTWC),Tropical Cyclone Murjan is located approximately 140 nm south-southwest of Cape Guardafui. The system is moving westward at 10 knots over the past six hours. Animated infrared satellite imagery indicates that Murjan has made landfall and is rapidly dissipating. The convection is beginning to weaken around the system and the low level circulation center is beginning to elongate. Murjan is tracking along the southern periphery of the subtropical ridge and is forecast to continue tracking west-southwestward as it continues to weaken and dissipates in the next 12 hours. 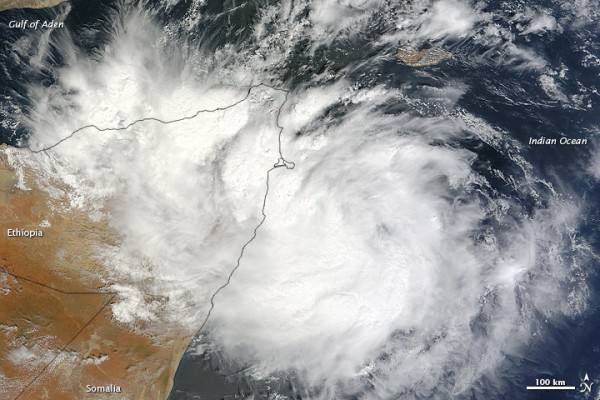 Murjan was not a powerful storm. The U.S. Navy’s Joint Typhoon Warning Center reported wind speeds of just 35 knots (40.2 mph/64.8 kph), but although the storm did not bring high winds, it did bring heavy rains. As Murjan progressed on its western track, it continued to push further over the Horn of Africa, specifically in northeastern Somalia.

As Murjan continues to move over land, convection (rising air that forms thunderstorms that make up the tropical cyclone) continues to deteriorate quickly. AccuWeather reported that severe thunderstorms soaked Somalia ahead of the cyclone, and continued rain was expected for northern Somalia. Heavy rains and potential flash floods were also expected for Djibouti and eastern Ethiopia. Forecasters at the Joint Typhoon Warning Center expect Murjan to dissipate over land on October 26. 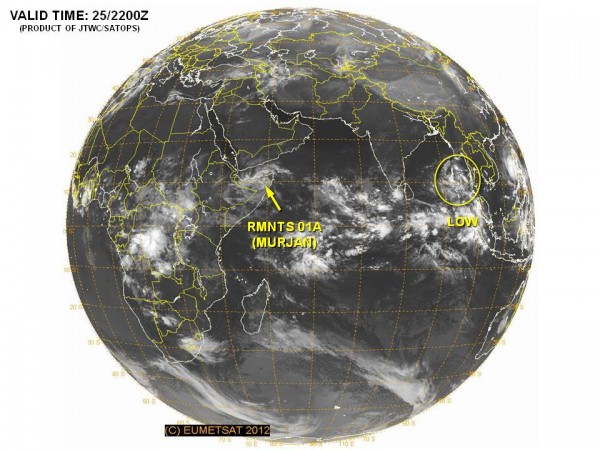