Tropical Cyclone "Pawan" is slowly weakening on its way toward Somalia. Landfall is expected late November 6 into November 7, south of Eyl, an ancient port town in the northeastern Nugal province. Pawan is the 8 named storm of the 2019 North Indian Ocean cyclone season.

The initial intensity of 65 km/h (40 mph) is hedged on the lower end of a consensus of subjective Dvorak and automated current intensity estimates ranging up to 72 km/h (44 mph).

The cyclone remains in an area of moderate vertical wind shear and strong poleward flow aloft. The persistent southerly flow aloft has caused the majority of the flaring convection to be limited to the northern quadrants of the system. 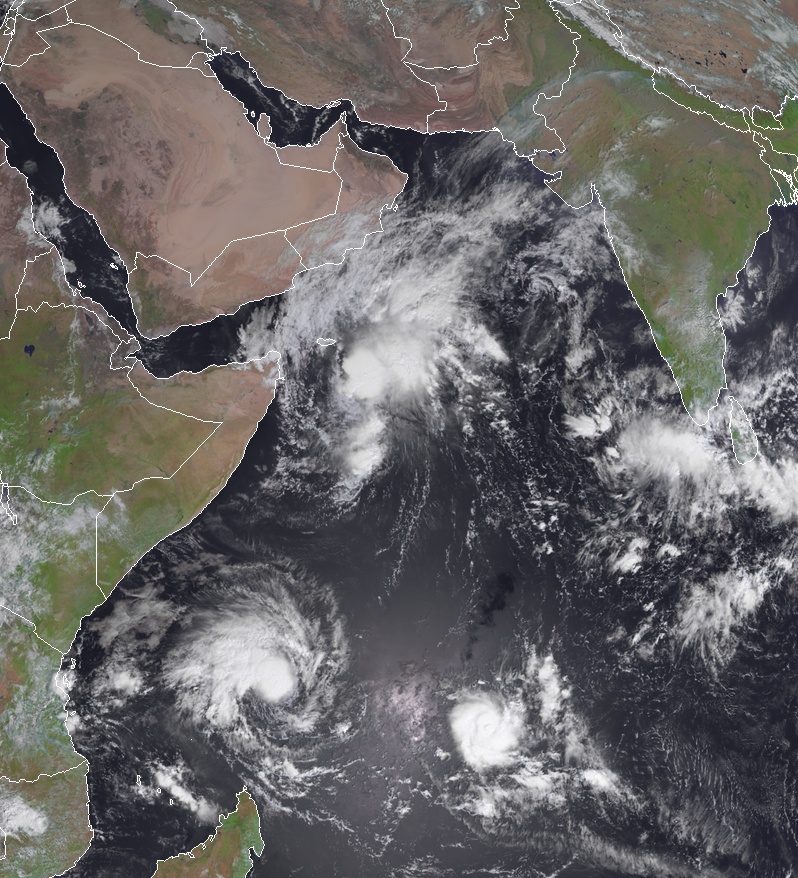 However, the system should maintain its strong outflow over the next 24 hours, offsetting the persistent vertical wind shear and maintaining system strength until landfall, expected late December 5 into December 6.

As the system moves over land, it will quickly dissipate as it interacts with the terrain.