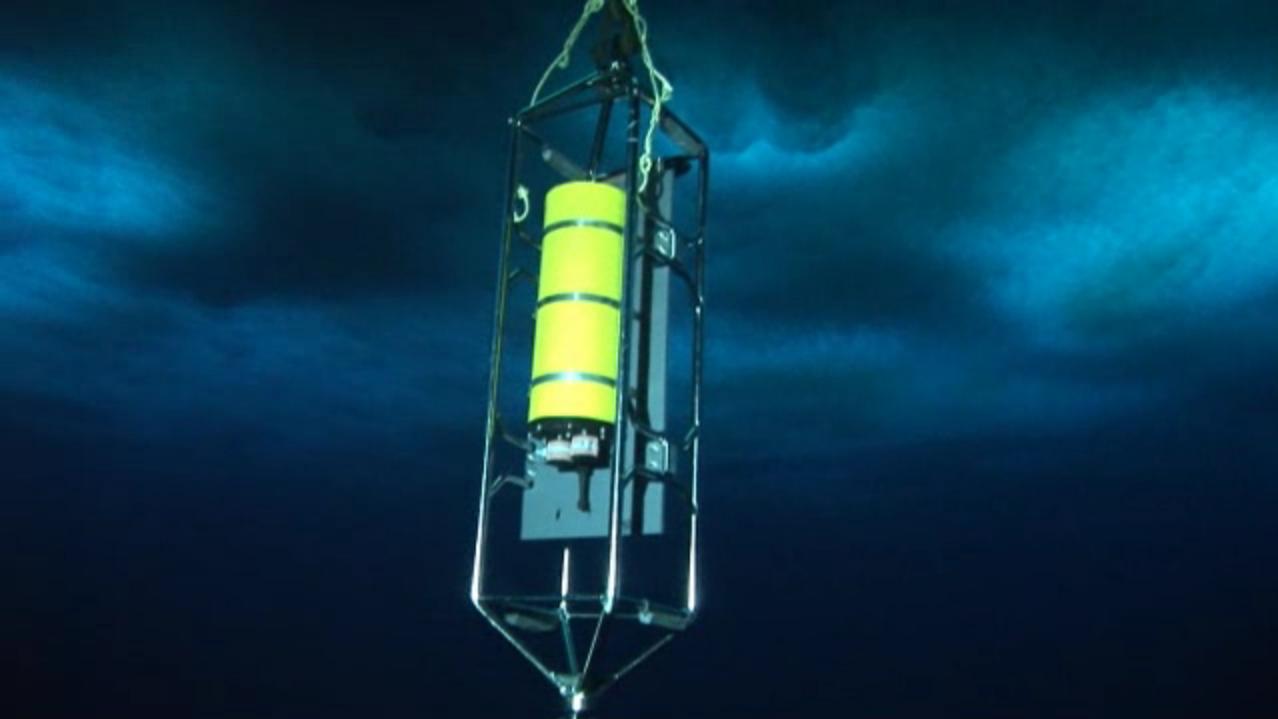 Earlier this month, National Science Foundation’s research team successfully retrieved data from a sensor (SeaFET) they had deployed in Antarctic waters at the end of previous research season. It will provide critical baseline data on the changes in chemistry or acidification in those remote seas and will also be first of its kind about the relative acidity–expressed as pH–of the waters in McMurdo Sound, Antarctica. Recently, agency’s Ocean Acidification program was awarded new grants worth $12 million to a cohort of 16 institutions across the nation to address concerns for acidifying marine ecosystems.

Global acidification of the oceans is a concern to scientists, as increasing amounts of atmospheric carbon find their way into the seas, changing the water chemistry. Estimates are that 30-40 percent of carbon dioxide released into the atmosphere dissolves into the world’s oceans, rivers and lakes, changing the chemical balance of the water. This change in ocean chemistry will have effects on marine life, making it difficult for some creatures to make protective shells and to reproduce and grow, for example. Impacts on individual species may then cascade to alter food chains and change how species interact with one another, potentially altering entire ecosystems.

Previously, ship-borne sensors in Antarctic waters had made some pH measurements, data logged by the instrument is the first continuous record of pH in a coastal region under sea ice in the winter. When combined with data collected in the summer, it will provide a more full picture of seasonal variations in pH. 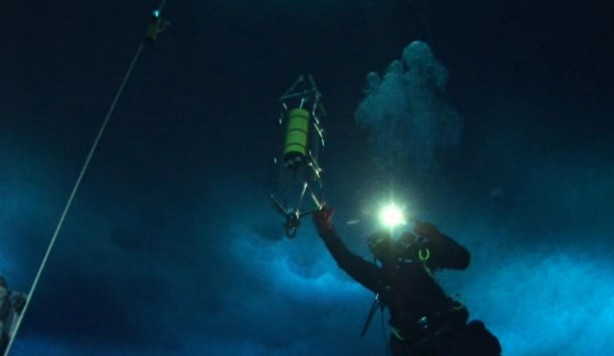 Deployed by divers under the sea ice and left in place at the end of the 2011-2012 Antarctic research season, the sensor gathered data through the month of June, which is the height of winter in the Southern Hemisphere. Data gathering ended when the instrument’s battery failed in the frigid waters. Having a pH baseline will provide an important benchmark for scientists to begin to test whether certain species have the physiological and genetic characteristics to adapt to projected change.

The all-female team–led by Gretchen Hofmann, a professor of ecology, evolution and marine biology at the University of California, Santa Barbara (UCSB)–retrieved the sensor intact earlier this month after the harsh polar winter near McMurdo Station, NSF’s logistics hub in Antarctica. Hofmann’s team includes Pauline Yu, an NSF-funded postdoctoral research fellow at UCSB; Amanda Kelley, a graduate student at Portland State University; as well as Lydia Kapsenberg, a graduate student, and Olivia Turnross, an undergraduate, both at UCSB. Hofmann said,

“Globally, one of our central research challenges is to forecast whether species will be able to adapt to a rapidly changing environment. It is critical to obtain current measurements of pH to help understand the environment that organisms will face in the future. Acquiring the data on Antarctic pH is crucial to understanding the current state of the ecosystem in order to place future measurements of pH in the region’s oceans in context.”

While Hofmann’s Antarctic work was funded by NSF’s Office of Polar Programs independently from the agency’s Ocean Acidificiation program, numerous individual research projects led the scientific community to understand the need to measure the scope and effect of the acidification phenomenon globally, and provided the impetus for the agency’s broader support for acidification research.

Making pH measurements in the Antarctic has been difficult for a number of reasons, including the lack of a durable sensor that is able to withstand the stresses put on equipment by Southern Ocean sea ice cover. The team was successful in gathering the data during the winter by deploying an ocean pH sensor called a SeaFET, developed through an NSF award from the Division of Ocean Sciences to Todd Martz, of the Scripps Institution of Oceanography at the University of California, San Diego. SeaFET development was also supported by funding from the David and Lucile Packard Foundation to Kenneth Johnson, of the Monterey Bay Aquarium Research Institute. Martz said,

“Returning the first pH time series from such a remote and harsh environment is a true victory for all of the scientists involved; it represents a great example of technology developed through one NSF staff area,

The waters surrounding Antarctica are biologically prolific and a complex ecosystem. Species previously unknown to science continue to be found there and species exist in Antarctic waters that have adapted to the extremely cold waters and survive nowhere else. But only relatively recently–since the late 1950’s–have scientists explored the Southern Ocean in any systematic way.