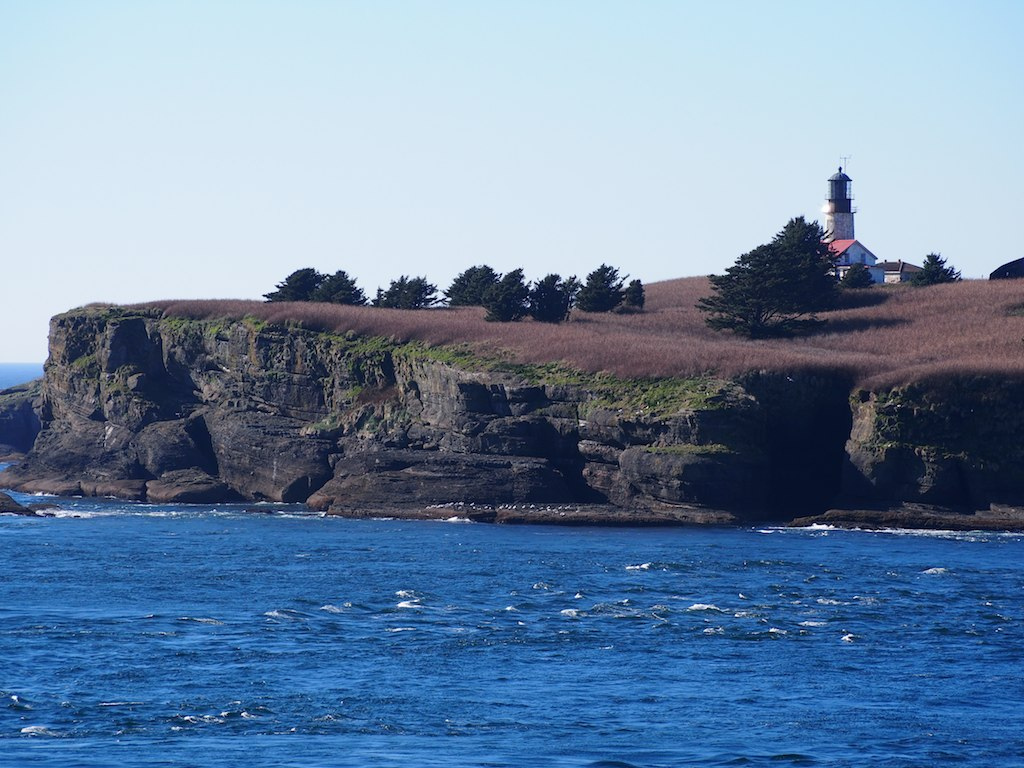 Historical comparison of competition among algae in waters around the Pacific Northwest provides more evidence for increased ocean acidification.

A study of marine life in the temperate coastal waters of the northeast Pacific Ocean shows a reversal of competitive dominance among species of algae, suggesting that increased ocean acidification caused by global climate change is altering biodiversity.

The study, published online January 15, 2014, in the journal Ecology Letters, examined competitive dynamics among crustose coralline algae, a group of species living in the waters around Tatoosh Island, Washington. These species of algae grow skeletons made of calcium carbonate, much like other shelled organisms such as mussels and oysters.

As the ocean absorbs more carbon dioxide from the atmosphere, the water becomes more acidic. Crustose coralline algae and shellfish have difficulty producing their skeletons and shells in such an environment, and can provide an early indicator of how increasing ocean acidification affects marine life.

"Coralline algae is one of the poster organisms for studying ocean acidification," said lead study author Sophie McCoy, a PhD candidate in the Department of Ecology and Evolution at the University of Chicago. "On one hand, they can grow faster because of increased carbon dioxide in the water, but on the other hand, ocean acidification makes it harder for them to deposit the skeleton. It's an important tradeoff."

Scientists have been studying Tatoosh Island, located off the northwestern tip of Washington state, for decades, compiling a rich historical record of ecological data. In this study, McCoy and Cathy Pfister, professor of ecology and evolution at the University of Chicago, repeated experiments conducted in the 1980s by University of Washington biologist Robert Paine. McCoy transplanted four species of crustose coralline algae to test sites to study how today's ocean has changed how they compete with each other.

In the previous experiments, one species, Pseudolithophyllum muricatum, was clearly dominant, "winning" almost 100 percent of the time over the other three species. In the current set of experiments, P. muricatum won less than 25 percent of the time, and no species proved dominant. McCoy called this new competitive environment "rock, paper, scissors dynamics," in which no species has a clear advantage.

McCoy said that in the past, P. muricatum owed its dominance to being able to grow a much thicker skeleton than other species. Historical data show that in the 1980s it grew twice as thick as its competitors, but now P. muricatum no longer enjoys that advantage. Measurements from another recent study by McCoy in the Journal of Phycology show that it now grows half as thick on average, or roughly equal to the other species.

This decrease in thickness and loss of competitive advantage is most likely due to lower pH levels recorded over the last 12 years in the waters around Tatoosh, a measure of ocean acidification.

"The total energy available to these organisms is the same, but now they have to use some of it dealing with this new stress," she said. "Some species are more affected than others. So the ones that need to make more calcium carbonate tissue, like P. muricatum, are under more stress than the ones that don't."

McCoy said it's crucial to continue studying the effects of ocean acidification in a natural context like Tatoosh Island instead of in the laboratory.

"This study shows different dynamics than what other people have found in lab studies," she said. "Field sites like Tatoosh are unique because we have a lot of historical ecological data going back decades. I think it's really important to use that in nature to understand what's going on."