Parts of the North Atlantic saw some of the Earth's most extreme temperature anomalies, which had a major blow on fisheries. A new study reveals the link between the abrupt warming in the region to the Gulf Stream migrating closer to Newfoundland, Canada.

The Gulf Stream transports warm waters from the Gulf of Mexico past Atlantic Canada towards Europe. This current crashes into cool waters that the Labrador Current carries down from the Arctic ocean, creating an environment that can support diverse wildlife and fisheries. However, warming temperatures affect the balance of these circulations.

In a new study, scientists reveal that the northward migration of the Gulf Stream has been blocking the Labrador Current from transporting oxygen-rich water to the North American Shelf.

"We used satellite data to show that when the Gulf Stream migrates closer to the underwater plateau known as the Grand Banks of Newfoundland, as it did after 2008, it blocks the southwestward transport of the Labrador Current that would otherwise provide cold, fresh, oxygen-rich water to the North American shelf," said lead author Goncalves Neto.

Ocean temperatures in the Northwest Atlantic responded to the abrupt rise in sea levels in 2008. The Laurentian Channel between Nova Scotia and Newfoundland experienced sudden warm temperature anomalies in 2009, which continued through 2018.

According to the study, the 2008 ocean circulation shift likely triggered unusually warming temperatures along the Northwest Atlantic Shelf. This led to the cascading effects that warming in one ecosystem has on another.

"This mechanism explains why the most recent decade has been the hottest on record at the edge of the Northeast United States and Canada, as the delivery system of cold water to the region got choked off by the presence of the Gulf Stream," Neto pointed out.

"When the Gulf Stream blocks the Labrador Current, temperatures rise and oxygen concentrations plunge along much of the eastern North American shelf," added co-author Joe Langan.

"These changes can directly impact temperature-sensitive fish and invertebrate species: warm-tolerant species from the south may establish themselves in Atlantic Canada, cold-loving species may move further northward and offshore."

Monitoring ocean levels at the Grand Banks would help scientists predict abnormal warming events up to one year in advance, which could also mitigate its impacts on ecosystems and fisheries, the researchers concluded. 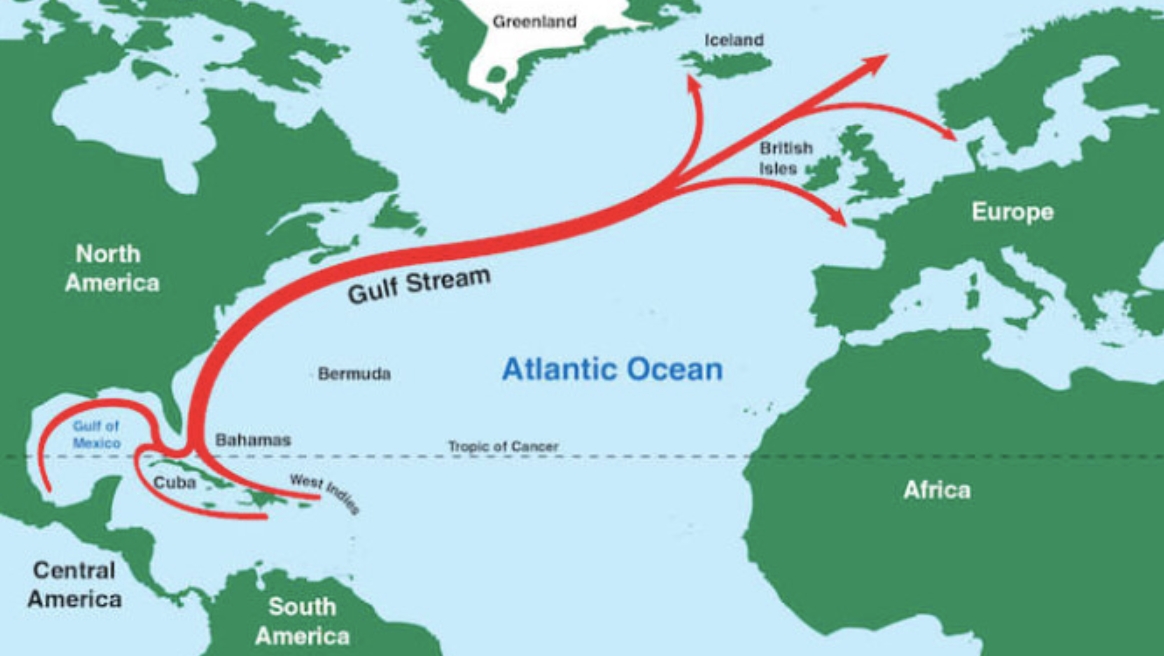 The Northwest Atlantic Shelf provides ecological and economic benefits along the heavily populated North American coastline and beyond. In 2009-2010, abrupt warming prompted an ecosystem shift with consequences for fisheries, yet the cause of this event is unclear. Here we use satellite altimetry and in situ measurements to show that, in 2008, the Gulf Stream migrated closer to the Tail of the Grand Banks, a shift that has persisted ever since. This change reduced the westward connectivity of the Labrador Current that otherwise supplies cold, fresh, oxygen-rich waters to the shelf. Within one year after the appearance of anomalously warm and saline water at the Tail of Grand Banks, subsurface warming progressed south-westwards. Historical observations suggest a similar sequence of events may have occurred in the 1970s. Therefore, monitoring water properties at the Tail of Grand Banks may offer predictability for shelf properties and ecosystem perturbations with substantial lead time.