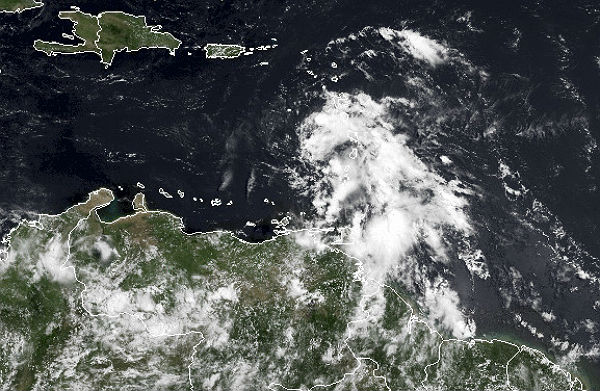 Tropical Storm Ernesto continues to move westward, impacting the Windward Islands and aims the Caribbean over the weekend.

Radar from Guadeloupe and data from a reconnaissance plane indicate that the center of Ernesto will move away from the windward islands and farther into the eastern Caribbean Sea. Maximum sustained winds remain near 75 km/h (45 mph) with higher gusts.

Tropical storm force winds extend outward up to 185 km (115 miles) mainly to the north and east of the center.The estimated minimum central  pressure was 1200MB. Tropical Storm Ernesto will produce a storm surge and heavy, flooding rains as it approaches the Windward Islands into the first part of the weekend. 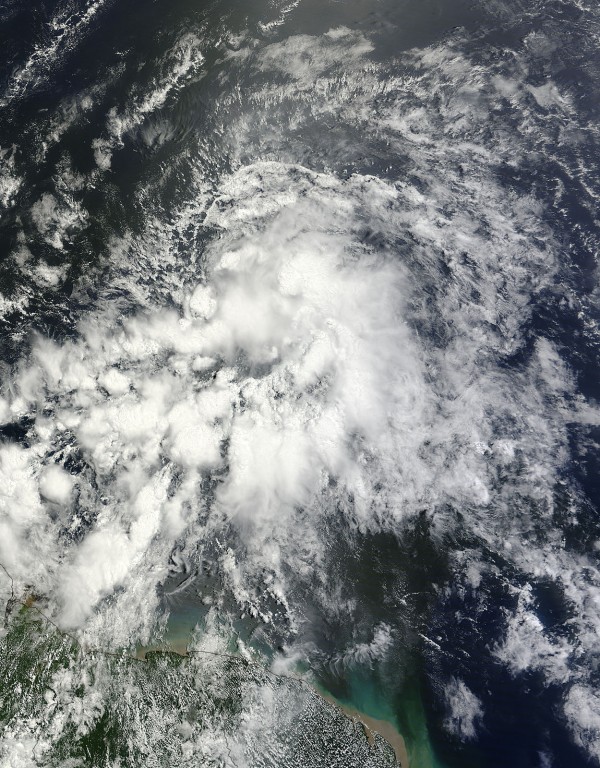 On August 2, Ernesto strengthened into Tropical Storm and tracked over St. Lucia early on August 3. NASA’s Terra satellite captured an image of Ernesto from space as it approached the island.

After crossing Saint Lucia, the government of Trinidad has discontinued the tropical storm watch for Grenada and its dependencies as a result of Ernesto’s speeding. Tropical Storm Warning is in effect for Dominica, St. Lucia, Martinique and Guadeloupe.

The NHC expects Ernesto to continue speeding westward through the eastern Caribbean Sea near the same rate of speed over the next day or two. By the first part of next week, the system could have direct impacts anywhere in the vicinity from Honduras to Belize to the western tip of Cuba.