Scientists and citizens are baffled as the waters of the Azov Sea turned bloody red close to Berdyansk village in mid-July, according to an article published online by EnglishRussia. Villagers immediately suspected the great pollution from nearby factories. And older locals warned that it might be a sign of the coming events. Scientist, however, say that the most probable reason for the bloody red color of the sea is algal bloom that is not dangerous to humans.

The researchers explained that the bright red color of the sea is the result of high temperatures, which led to the blossoming of brown algae. The south-west wind "drove" algal blooms closer to shore. Further flowering could lead to fish deaths of mass proportions. 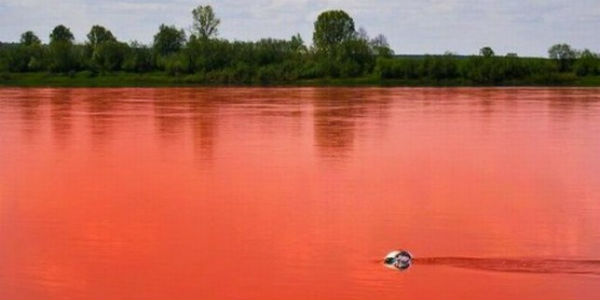 "If the Sea of Azov continues with algal bloom, it will be a disaster with unpredictable consequences. If this heat is about to repeat several more years, the sea has the potential to be renamed from Azov in the Dead," said George Ryazantsev from the Research Institute of the Azov sea.

Although the director of the Institute Leonid Izergin claims that the sea is safe for swimming, villagers of Berdyansk don't believe him. They claim that the sea has a special metallic smell that worries them.

Berdyansk is known in Ukraine due to its sea port and industries. It is also home to a health resort with mud baths and climatic treatments. The brown algae are forming the composition of medicinal mud. 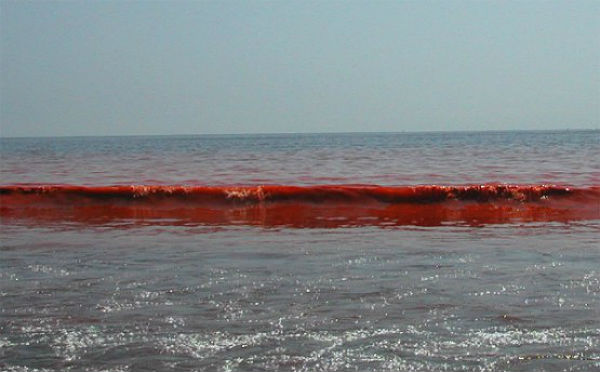 The sea is characterized by high concentrations of organic matter and long blooming periods. About 600 species of planktonic algae are known in the Sea of Azov. The number of species is dominated by diatoms and green algae; blue-green algae and pyrophytes are significant, and euglena and yellow-green algae form only 5% of the species. Green algae are mostly responsible for the greenish color of the sea in the satellite images.

Increasing navigation rates have resulted in more pollution and even in ecological disasters. On 11 November 2007, a strong storm resulted in the sinking of four ships in the Strait of Kerch, in the Russian Port of Kavkaz. As a result, about 1300 tons of fuel oil and about 6800 tons of sulfur entered the sea. 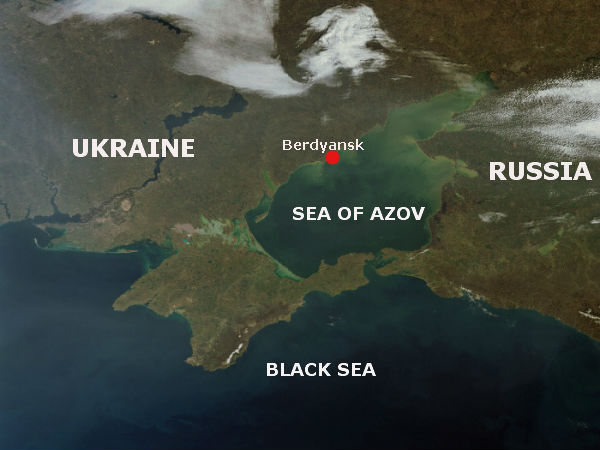 The Sea of Azov is a sea on the south of Eastern Europe. It is linked by the narrow (about 4 km) Strait of Kerch to the Black Sea to the south and is bounded in the north by mainland Ukraine, in the east by Russia, and in the west by the Ukraine's Crimean Peninsula.

The sea is largely affected by the inflow of numerous rivers, which bring sand, silt, and shells, forming numerous bays, limans, and narrow sandbanks called spits. Because of these deposits, the sea bottom is relatively smooth and flat with the depth gradually increasing toward the sea center. The Don and Kuban are the major rivers that flow into it.

Due to the river inflow, water in the sea has low salinity and high content of biological matter, such as green algae that affects the water color. Abundant plankton results in unusually high fish productivity. The sea shores and spits are low; they are rich in vegetation and bird colonies.

The Taman Peninsula has about 25 mud volcanoes, most of which are active. Their eruptions are usually quiet, spilling out mud, and such gasses as methane, carbon dioxide, and hydrogen sulfide, but are sometimes violent and resemble regular volcanic eruptions. Some of those volcanoes are under water, near the shores of the peninsula. A major eruption on 6 September 1799, near Golubitskaya, lasted about 2 hours and formed a mud island 100 meters in diameter and 2 meters in height but the island was then washed away by the sea. Similar eruptions occurred in 1862, 1906, 1924, 1950 and 1952. 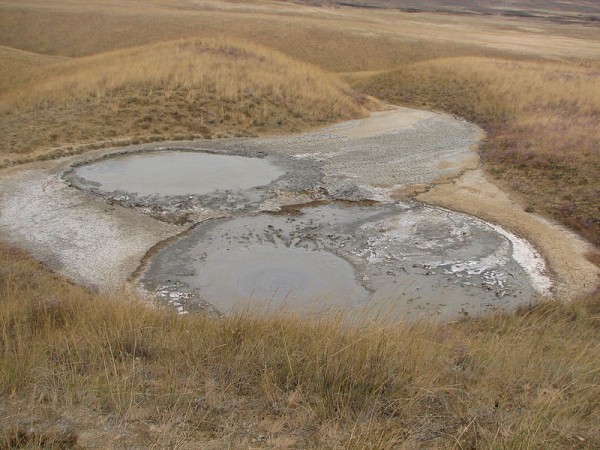 In 1997, William Ryan and Walter Pitman from Columbia University published a theory that a massive flood through the Bosporus occurred in ancient times. They claim that the Black and Caspian Seas were vast freshwater lakes, but then about 5600 BC, the Mediterranean spilled over a rocky sill at the Bosporus, creating the current link between the Black and Mediterranean Seas. Subsequent work has been done both to support and to discredit this theory, and archaeologists still debate it. This has led some to associate this catastrophe with prehistoric flood myths.

According to some researchers, the Island of Atlantis was located in southern Russia and Ukraine, and sank beneath the Sea of Azov.