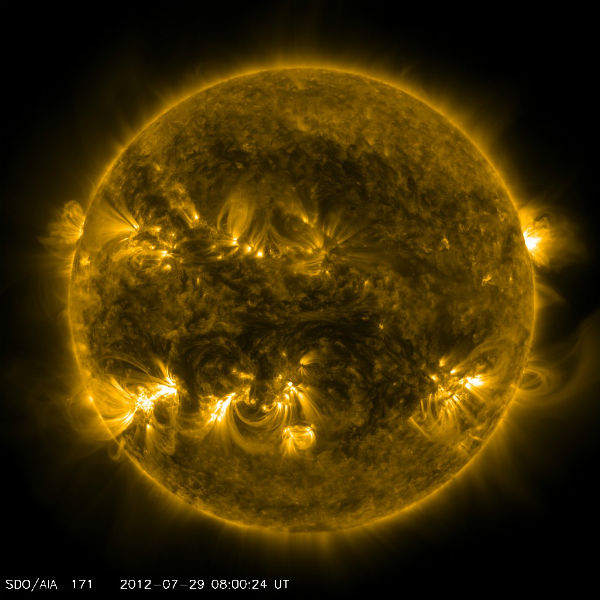 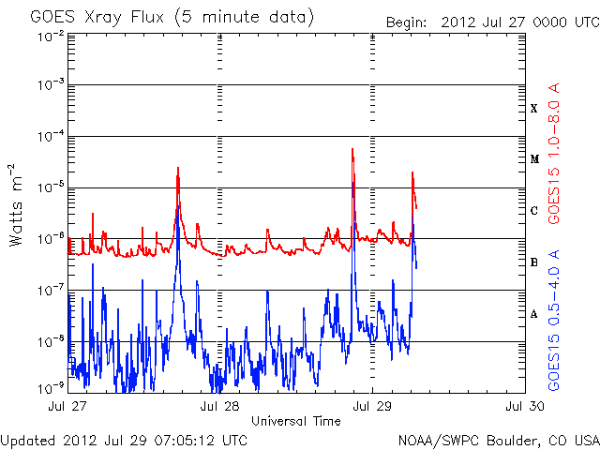 The sunspot is still too far off the disk center to be very geoeffective. This will change in the following days as the Region 1532 turns toward Earth. Newly numbered Region 1534 (N17E55) was observed developing in the northeastern quadrant of the visible disk. 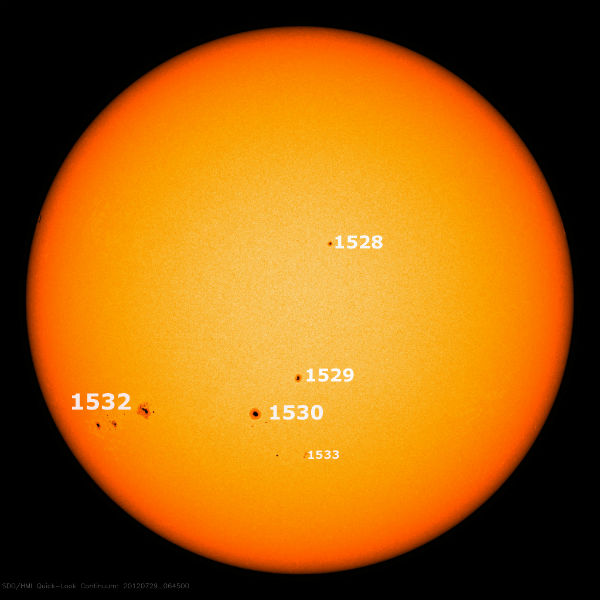 Region 1532 (S22E49) produced a M6.1 x-ray flare on July 28 along with an associated Tenflare (370 sfu), a Type II radio sweep with an estimated speed of 1387 km/s, and a Type IV radio sweep. Further analysis will be conducted as more data becomes available.

The geomagnetic field began the period at quiet levels before increasing to unsettled levels after on July 28 due to extended periods of southward Bz and possible weak coronal hole (CH) effects. The greater than 2 MeV electron flux at geosynchronous orbit reached high levels during the period. 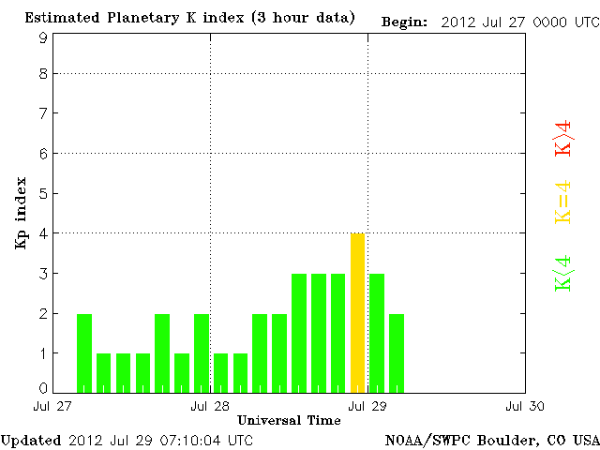 NOAA forecasters estimate a 45% chance of polar geomagnetic storms on July 29-30 in response to a high-speed solar wind stream buffeting Earth’s magnetic field. CME associated with recent M6.1 solar flare will buffer geomagnetic field to even higher levels on July 31st. According to a forecast track prepared by analysts at the Goddard Space Weather Lab, the CME will reach our planet on July 31st around 15:00 UTC (+/- 7 hours). 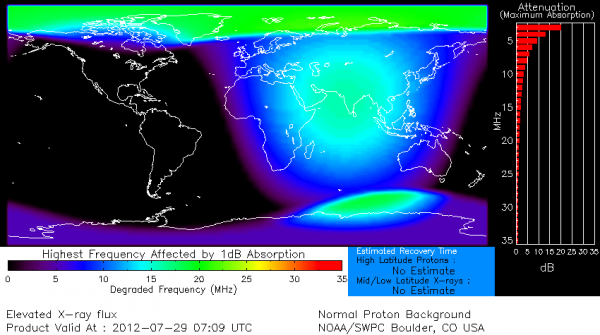 High-latitude sky watchers should be alert for auroras for the next three nights.