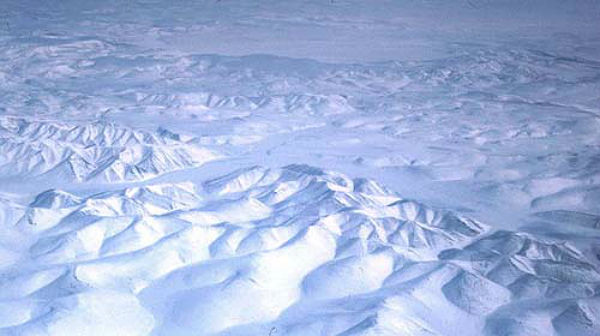 Analytical results from the longest sediment core that has ever been drilled in the terrestrial areas of the Arctic have shown temperatures that were previously considered impossible for the Arctic Circle. In addition, a notable correlation of the warm periods in the Arctic with large melting events in Antarctica points to previously unknown interactions between the Polar Regions.

The results come from a sediment core that was drilled in 2009 from the lake El’gygytgyn in the extreme northeastern of Siberia as part of an elaborate winter expedition. The lake was formed 3.6 million years ago when a meteorite impact created a crater 18 kilometers in diameter. The meteorite crashed into one of the few regions in the Arctic, which were not reached by glaciation during the ice ages. As a consequence, the sedimentary sequence is gapless and almost completely undisturbed. During the past 2.8 million years extreme warm periods occurred in the Arctic at irregular intervals. 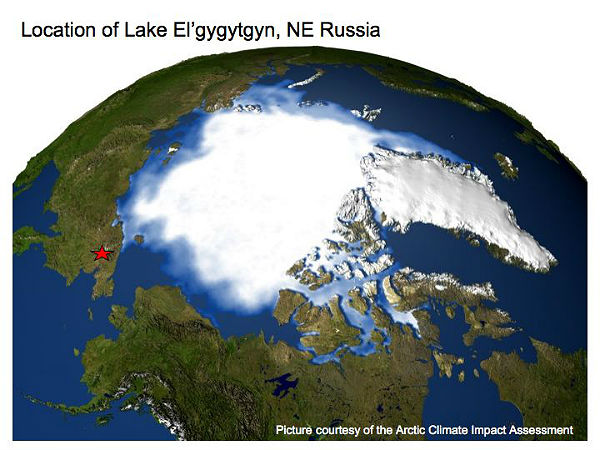 These are the findings of an international research team led by Professor Martin Melles of the University of Cologne in the latest issue of the journal “Science”. The age of each sediment layer of Lake El’gygytgyn had to be determined precisely. This was the task of the participating scientists from the GFZ German Research Centre for Geosciences (Helmholtz Association). The researcher Eeva Haltia-Hovi (GFZ, now University of Lund, Sweden) used the magnetic properties of the minerals in the sediments: the Earth’s magnetic field has reversed many times in the past million years, these reversals are reflected in the sediments. The comparison of downhole measurements with measurements carried out on site on the drill cores allowed the correlation of depths and the filling of gaps in the core, an important prerequisite for further investigations. 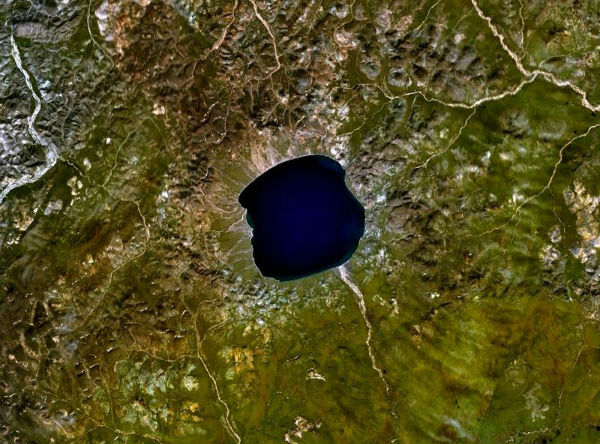 The “El’gygytgyn Drilling Project” was part of the International Continental Scientific Drilling Program ICDP, the coordination of which is held at the GFZ. The GFZ’s Operational Support Group of the ICDP provided valuable data on various in-situ parameters (temperature, natural gamma radiation, etc.) via geophysical measurements in two wells.

The lake bed below Lake El’gygytgyn offers a glimpse into the Arctic’s distant past. Lying some 100 kilometers (60 miles) north of the Arctic Circle in eastern Russia, Lake El’gygytgyn rests inside an impact crater. Outside the crater, the land slopes gently, but inside the crater, walls descend steeply to a fairly flat-bottomed bowl, now filled by Lake El’gygytgyn. Because the meteorite impact occurred in a region of the Arctic that escaped widespread glaciation during the Pleistocene Ice Age, the rocks in this area survived intact. As a result, the lake bed sediments contain a continuous record of past Arctic conditions, all the way back to the meteorite impact, making them extremely valuable to paleoclimate researchers.

Featured image: View of El’gygytgyn lake on April 29, 1998, from the west (Source: geo.umass.edu)