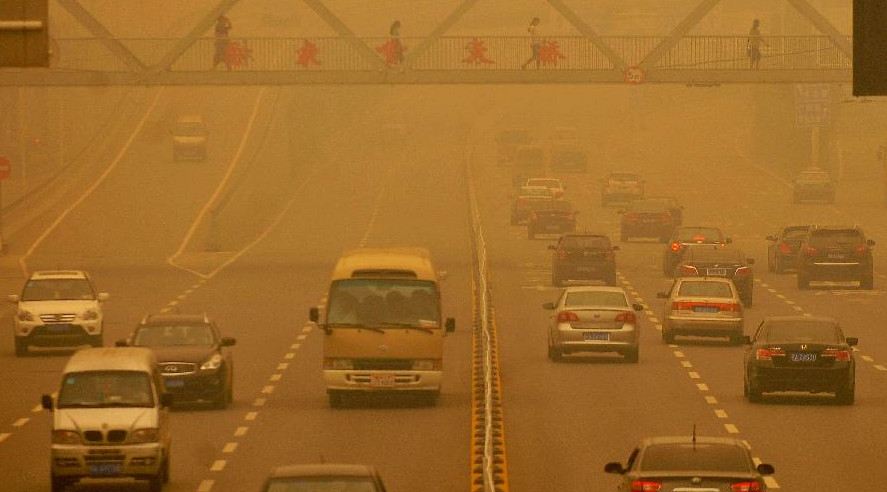 Authorities in central China’s Hubei province said that a grey haze hanging over the city of Wuhan on Monday was caused by straw burning.

Starting from 2 a.m. Monday, June 11, 2012 grey-yellow fog was spotted in seven cities in the province, including the provincial capital of Wuhan, according to a statement from the provincial environmental protection department.

An air quality monitoring report for Wuhan showed that the city’s concentration of PM10 (particulate matter 10 microns in diameter) rose to0.574 mg per cubic meter at 2 p.m., tripling the average daily value of 0.150 mg. 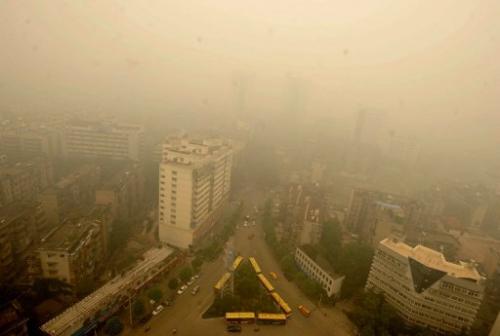 The statement said the city’s poor air quality was not caused by any industrial accidents in or near the city. A lab analysis of the air showed that the increase in airborne pollutants resulted from a rising concentration of carbon particles, which is usually formed by the burning of organic matter.

China is in the middle of its wheat harvesting season. Many farmers choose to burn crops that are left behind in their fields after harvesting.

The provincial environmental protection department has sent a team to tell local farmers to refrain from burning their crops, the statement said. Children, the elderly and people with heart or respiratory diseases are advised to stay indoors, according to the statement.

Air pollution is increasingly acute in major Chinese cities and authorities are frequently accused of underestimating the severity of the problem in urban areas, especially in Beijing (news.yahoo.com).

“Many farmers choose to burn crops that are left behind in their fields after harvesting,” Xinhua said. But resident Li Yunzhong was sceptical. “I doubt that,” he said. “We don’t practise large-scale shifting agriculture in our region.”

Also worth noting were two articles that came upon our attention today. First one is “CIA operated aerial spraying plane shot down in China”; this is todays top story on UbAlert – link is here. The second one is “China tells US to stop reporting Beijing’s bad air”; this one was first published last week and is still being republished this week, link to that one is here.