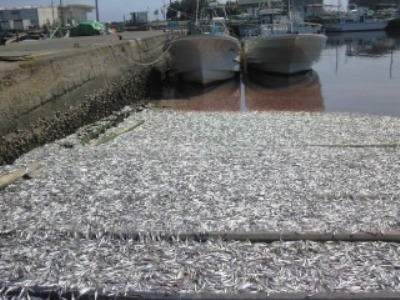 Something terribly fishy is going on at the fishing port of Ohara (pronounced Oh-hara) in Isumi City of Chiba Prefecture, and it has nothing to do with espionage or political corruption. There are tons and tons of dead sardines washing up on the shore, and not only is the sight disturbing, but the huge amount of dead fish is literally smelling up the entire surrounding area.

According to the news, the dead fish started washing up around noon of June 3rd, and as of early afternoon on June 4th, the situation still remained pretty much out of control. The amount of dead sardines that has washed up is thought to total several dozen metrics tons, so you can imagine how bad the smell of rotting fish must be. 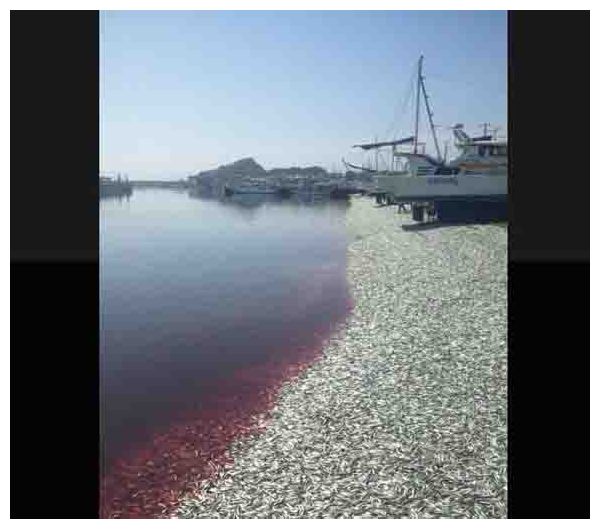 We’ve seen the pictures uploaded onto Twitter, and the port looks completely filled with fish – it almost looks like a carpet of sardines. It doesn’t seem likely that any fishing boats will be setting sail from this port soon.

There are also, of course, the usual posts and comments on the internet on how this could be an omen, a sign of a coming great natural disaster.

When we inquired with a local inn, we were told that the port was scheduled to be closed from June 1st to 5th, but given the emergency, local fishermen are currently out in full force trying to resolve the situation. Already more than 2 full days into the bizarre occurrence, the smell has to be almost unbearable, but the people of Ohara still have no idea when they will be able to get rid of all the sardines. We sincerely hope they will be able to solve the problem quickly.