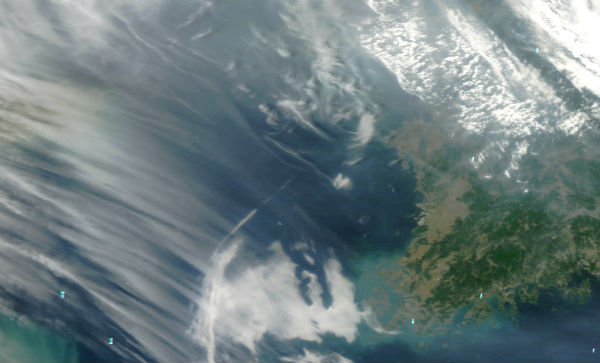 A smoky haze stretches from Russia to China, over the Bohai Sea, the Korean Peninsula and the Tsushima Strait, and towards Japan. The haze is just reaching Kyushu, the third largest island in Japan, visible in the lower right quadrant. Although haze is a common phenomenon in this region due to several variables, including smog and agricultural fires, the smoky veil here may be the result of fires that have been burning in Russia since mid-May. 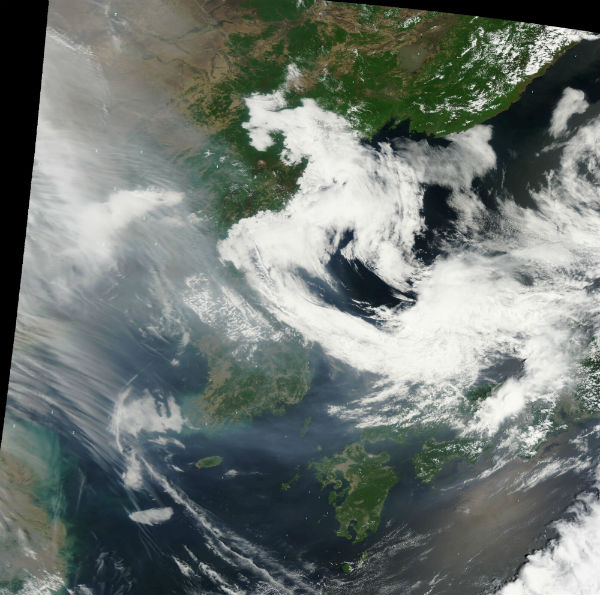 In this image bellow taken on May 19, a hazy veil stretches from northeastern China and the Bohai Sea (lower left), across the northern part of the Korean peninsula, to eastern Russia (top right). This haze may be caused by smog, as is often the case over northeastern China, or by wildfires currently ablaze in Russia, or a combination of the two. 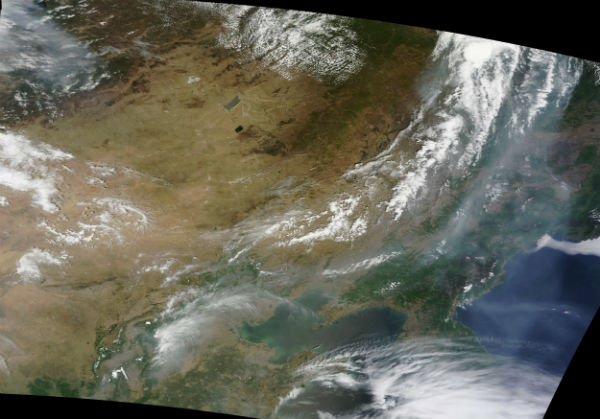 The various white areas in this image bellow, taken also on May 19, are indicative of different phenomena. In the upper left quadrant, the white indicates ice. It appears thicker to the west and thinner to the east. Visible as dark areas amidst the ice are the Shantar Islands, a group of fifteen islands that lie in Uda Bay, in the southwestern zone of the Sea of Okhotsk. Further east, on the right side of the image the white color is due to haze and cloud-cover. Near the center of the image is a whitish plume of smoke from a wildfire in far-eastern Russian Siberia. 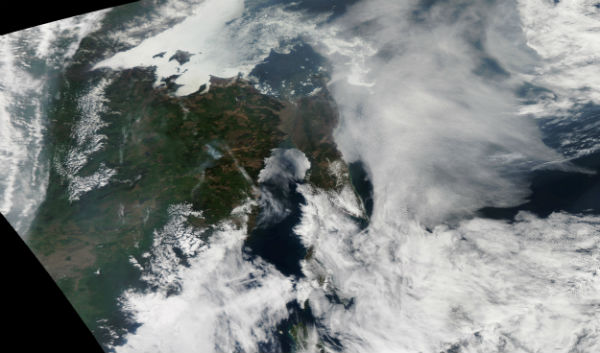 A long plume of smoke blows over Russia and China, and near the Mongolia border on May 18, first southward and then due eastward, then once again due southward, creating two abrupt right angles along its path. The smoke may be coming from fires near Lake Baikal, in Russian Siberia. 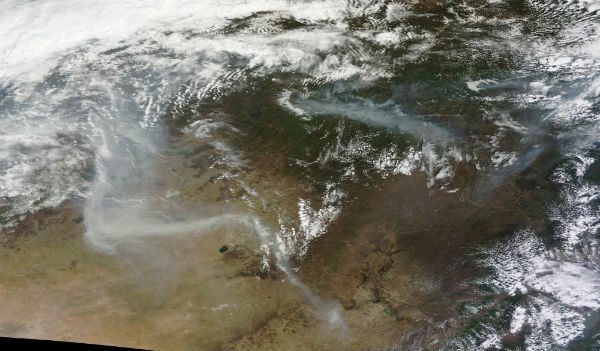 Fires by the southern tip of Lake Baikal release a cloud of smoke over Russian Siberia on May 17. Although multiple blazes can be observed both north and south of the end of the lake, the fires to the south are releasing more smoke. In that area, strong winds have also carried the smoke further afield, reaching across a great distance towards the bottom edge of the image. 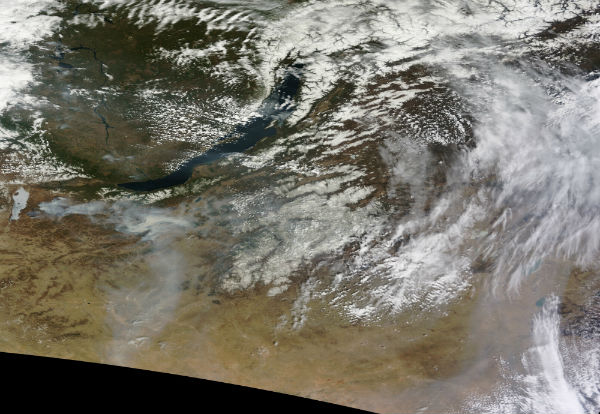 A plume of smoke blows southward off the coast of Russia, over the Sea of Okhotsk, between Sakhalin Island (left edge) and the Kamchatka Peninsula (right edge) on May 14. A thinner veil of smoke is also visible over Shakhalin, blowing eastward towards Kamchatka. At the bottom of the Kamchatka Peninsula, by the left edge (best viewed in the full image) is the snow-capped Bolshaya Ipelka Volcano, an immense shield volcano. 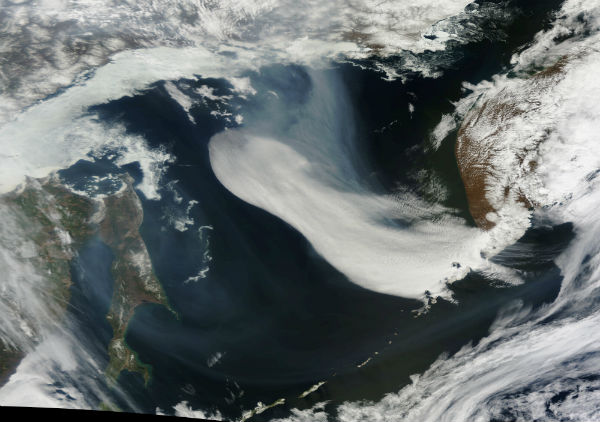