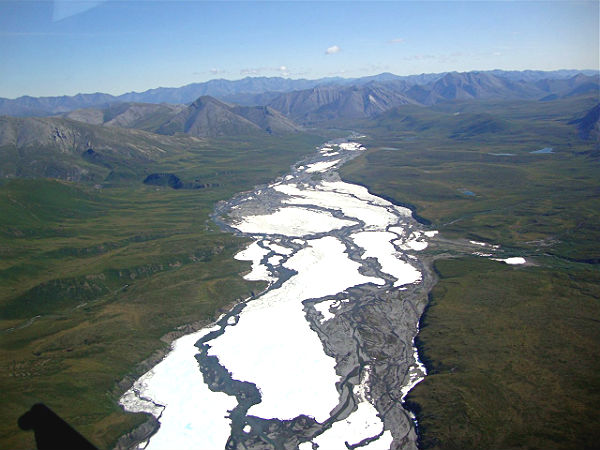 Toxic mercury in the arctic, long thought to be coming primarily from atmospheric sources, is also being carried into the region by rivers. The Arctic accumulation of toxic mercury is caused by both atmospheric forces and the flow of circumpolar rivers that carry the element north into the Arctic Ocean, according to new research by environmental scientists at Harvard School of Engineering and Applied Sciences (SEAS) and Harvard School of Public Health (HSPH). The only adjustment that could explain the spike in summertime concentrations was the incorporation of a large source to the Arctic Ocean from circumpolar rivers. This source had not been recognized previously. As it turns out, approximately twice as much mercury in the Arctic Ocean originates from the rivers as from the atmosphere. The concentrations of the toxin may further increase as climate change continues to modify the region’s hydrological cycle and release mercury from warming Arctic soils.

The concentrations of mercury in Arctic marine mammals are among the highest in the world regardless the unique Arctic environment, far away from most human-influenced sources of mercury.

Mercury is a naturally occurring element but it has been enriched in the environment by human activities such as coal combustion, mining, soft and ferrous metal smelting, cement production, and municipal waste with the consequence that two to three times as much Hg is now cycling through the atmosphere and surface waters than was before the rise of industry. When converted to methylmercury by microbial processes in the ocean, it can accumulate in fish and wildlife at concentrations up to a million times higher than the levels found in the environment.

Mercury is considered a persistent bioaccumulative toxin because it remains in the environment without breaking down; as it travels up the food chain, from plankton to fish, to marine mammals and humans, it becomes more concentrated and more dangerous. As global temperatures rise, areas of permafrost are thawing and releasing mercury that was locked in the soil. The hydrological cycle is changing, increasing the amount of runoff from precipitation that enters the rivers.

Mercury enters the Earth’s atmosphere through emissions from coal combustion, waste incineration, and mining. Once airborne, it can drift in the atmosphere for up to a year, until chemical processes make it soluble and it falls back to the ground in rain or snow. This deposition is spread worldwide, and much of the mercury deposited to Arctic snow and ice is re-emitted to the atmosphere, which limits the impact on the Arctic Ocean.

The most important rivers flowing to the Arctic Ocean are in Siberia: the Lena, the Ob, and the Yenisei. These are three of the 10 largest rivers in the world, and together they account for 10% of all freshwater discharge to the world’s oceans. The Arctic Ocean is shallow and stratified, which increases its sensitivity to input from rivers. Contributing factor could be runoff from gold, silver, and mercury mines in Siberia, which may be polluting the water nearby. As the contaminated river water flows into the Arctic Ocean, the surface layer of the ocean becomes supersaturated, leading to what scientists call an “evasion” of mercury from the ocean into the lower atmosphere. 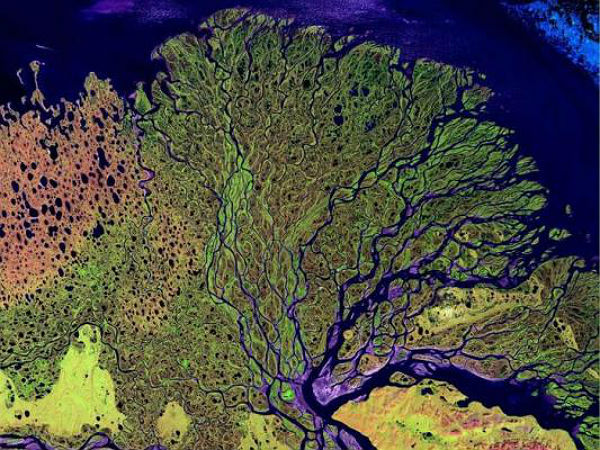 Mercury is a potent neurotoxin and it can cause long-term developmental delays in exposed children and impair cardiovascular health in adults. Indigenous people in the Arctic are particularly susceptible to the effects of methylmercury exposure because they consume large amounts of fish and marine mammals as part of their traditional diet.

The results of the study, which was led jointly by Harvard School of Engineering and Applied Sciences (SEAS) and Harvard School of Public Health (HSPH), appeared in the journal Nature Geoscience. Lead author is Jenny A. Fisher, a postdoctoral fellow in Harvard’s Atmospheric Chemistry Modeling Group and the Department of Earth and Planetary Sciences (EPS). Co-principal investigator is Elsie M. Sunderland, Mark and Catherine Winkler Assistant Professor of Aquatic Science at HSPH. Sunderland supervised the study with Daniel Jacob, Vasco McCoy Family Professor of Atmospheric Chemistry and Environmental Engineering at SEAS, where Sunderland is also an affiliate. Fisher, Jacob, and Sunderland were joined on this work by co-authors Anne L. Soerensen, a research fellow at SEAS and HSPH; Helen M. Amos, a graduate student in EPS; and Alexandra Steffen, an atmospheric mercury specialist at Environment Canada.