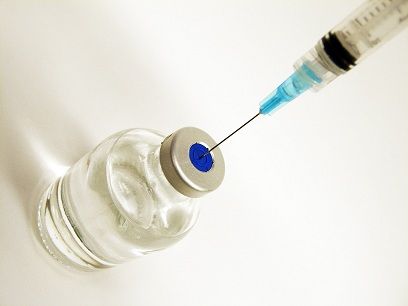 Efforts to save the sinking pro-vaccination ship are failing, especially after a recent US State Department Listening Meeting during which various non-government organizations (NGOs) presented sound scientific evidence against the continued use of mercury in vaccines. According to a recent article by consumer advocate Tim Bolen in hisBolen Report, the vaccine promotion house of cards is quickly crumbling, and it is becoming increasingly more obvious that special interests, rather than valid science, are driving the pro-vaccine agenda.

Hosted by Deputy Director John Thompson from the US Department of State’s Office of Environmental Policy, the August 18, 2011 meeting included several NGOs that hold seats on the United Nations Environment Programme (UNEP), which supports countries in dealing with environmental challenges. These NGOs came fully equipped with a well-backed, thoroughly-researched arsenal of facts and information about why mercury has no place in vaccines or dental fillings, while the opposition came with a poorly-crafted, unsigned paper filled with misinformation in defense of maintaining the status quo.

On the other hand, Bolen reports that representatives for the opposing side, which included the usual suspects like the American Dental Association (ADA) and various vaccine manufacturers, simply rehashed the same rhetorical nonsense, one after another, in defense of basically leaving things alone.

The establishment, of course, has not had to deal with very much scrutiny or oversight of its activities, at least until now. Despite those in power having worked overtime to destroy the reputation of Dr. Andrew Wakefield, for instance, the world’s eyes were largely opened to the truth about the dangerous, untested toxins that are added to many vaccines. And with more and more people asking questions and not simply accepting what the authorities tell them, the establishment is starting to squirm.

But it is likely too late to salvage the vaccine industry, at least on the universal scale to which some in the industry had hoped. The State Department meeting effectively exposed the establishment as the fool, as each presenter offered essentially the same indefensible talking points in defense of the use of mercury which, although it has been somewhat phased out in US vaccines, continues to be heavily used in vaccines administered to individuals in developing countries.

And the continued use of mercury as a vaccine preservative, even though there are viable alternatives like 2-phenoxyethanol and phenol, is a significant smoking gun that, as Bolen puts it, shows that “the emperor has no clothes.”

Official US position paper presented in defense of mercury lacks citations and signatures, filled with lies

Perhaps the most damning indictment of the US government’s flimsy vaccine agenda was its presentation of an official position paper on the use of mercury that contained no author names, no signatures, no bibliography, nothing at all that would signify even an ounce of credibility. And yet this paper was presented as evidence that mercury is safe as a preservative because it has been approved in accordance with regulatory requirements.

Bolen cites 22 “lies and misstatements” in the 13-page paper, many of which involve twisting studies that actually outed mercury as dangerous to make them look like they actually supported the use of mercury.

Though not a single human being was willing to claim ownership of this embarrassing paper, Bolen believes that an inconspicuous doctor by the name of Bruce Gellin, who also happens to be Deputy Assistant Secretary of Health and Director of the National Vaccine Program Office (NVPO), is responsible for secretly writing it.

When questioned about this after the meeting, Gellin allegedly denied the allegations and defended the safety of Thimerosal, the mercury preservative used in some vaccines. He also deflected questions about the current use of safer alternatives like 2-phenoxyethanol. Ultimately, though, Gellin exposed himself as a vaccine shill, who knows nothing about the safety of mercury but continues to defend its use, earning him the Bolen-created title of “US Vaccine Emperor.”

Mercury apologists have no leg on which to stand

Why is all this significant? First, the pro-vaccine lobby and its stronghold in Washington continues to deny the truth about the dangers of mercury in vaccines because doing so would expose the fact that it has been poisoning millions for many years. But at the same time, now that millions of people worldwide are aware of the truth, the establishment is being forced to address the issue.

The only problem is that the pro-vaccine movement has no foundation on which to base its defense of mercury, or its laundry list of bad science, for that matter. And every time it is forced to at least make an attempt, just as it had to do at the recent State Department meeting, it is made to look like an ignorant fool. And so it goes as the truth is finally brought to light, and those pulling the strings are revealed for the world to see.