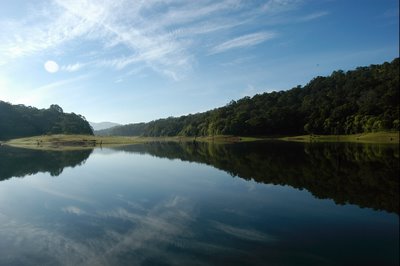 For the second time in a week, massive fish deaths were reported from Pathalam belt in river Periyar, India,  triggering alarm and protests.

Dead fish were found in bunches on the banks of river on Saturday morning. The local residents and councillors of Kadungalloor panchayat alerted the district Pollution Control Board officials who came and collected the samples of water and fish.

Local residents, fishermen, panchayat members and green activists of Periyar Malineekarana Virudha Samithi (PMVS) blocked the PCB officials when they came to collect the samples, in protest against the negligent attitude of the authorities in checking continuing fish deaths.

Later, police arrested the group of protesters led by panchayat members Joshy, Shiney Sajan, Geetha Sunil, Kabeer, Sudha Devi and activists of PMVS, Anwar C.I., Sainudeen Edayar and Mahesh.
According to environmental experts, low level or absence of oxygen is the major reason for the recurring fish deaths in Periyar.

A similar incident was reported on last Monday on the banks of river Periyar. Earlier, on May 3, fish deaths were reported on the banks of river Muttar, a tributary of Periyar. As per the report of the Pollution Control Board, the fish deaths were caused by lack of dissolved oxygen in river water and by entry of polluted water containing decayed waste into the river.

Periyar (meaning: big river) is an river flowing in the state Tamilnadu & Kerala, India, with a length of 244 km in Kerala. It is one of the few perennial rivers in the region and provides drinking water for several major towns.