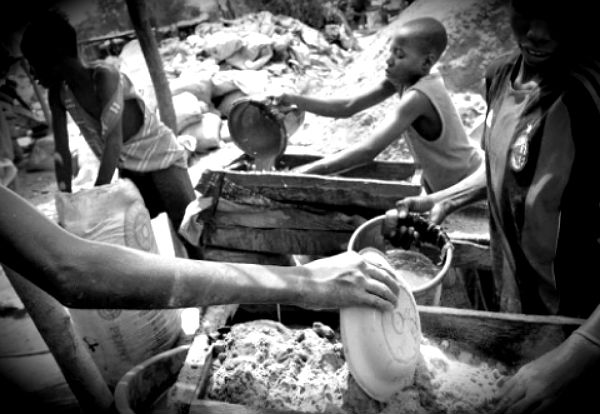 1,500 children are currently lead-poisoned but are not receiving treatment because it is impossible to deliver effective treatment while they still live in contaminated homes. Those children that need treatment are mostly in Bajega village in Zamfara state. There are 4,000 children who have been exposed. 2,500 are under treatment because their villages have been remediated.

Geneva-based Doctors Without Borders (Medecins Sans Frontieres) spends over $5 million yearly to treat people affected by lead poisoning which has killed more than 400 children in northern Nigeria since 2010.

Human Rights Watch (HRW) said in a statement that lead poisoning in Zamfara was one of the “worst such crises in modern history.” (TerraDaily)

An annual immunization programme in Northern Nigeria led to the discovery of a high number of child deaths in the area. An investigation showed that they had been digging for gold at the times of their deaths, in an area where lead is prevalent. It was thought by the villagers that all the children had contracted malaria but Médecins Sans Frontières found unusually high levels of lead in the blood during tests. The BBC suggested the contamination of water may have contributed to the high mortality rate. Blacksmith Institute was called in by the Nigerian authorities to assist in the removal of toxic lead.

It is thought that the poisonings were caused by the illegal extraction of ore by villagers, who take crushed rock home with them to extract. This results in the soil being contaminated from lead which then poisons people through hand-to-mouth contamination. Others have been contaminated by contact with contaminated tools and water.