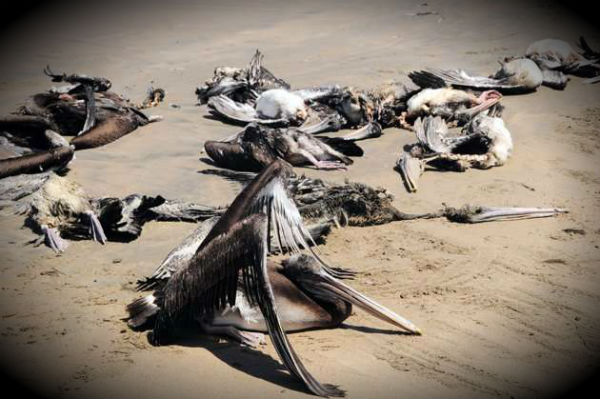 Hundreds of birds and dolphins have been washing up dead along the Peru coast, and this has government officials looking for causes. At least 1,200 birds, mostly pelicans, have been found dead in recent weeks along a stretch of Pacific coast in northern Peru, the Reuters website said on Sunday. Recent months have also seen an estimated 800 dolphins die in the same area.

The mass deaths have taken place against the backdrop of oceanic warming in the region. Officials have recommended that people keep away from the beaches.

According to the agricultural ministry, preliminary tests on some dead pelicans indicate malnourishment may be a factor. The hypothesis given by Deputy Agriculture Minister Juan Rheineck suggest that it’s because the birds are young and unable to find enough food for themselves, and also because the sea temperature has risen and anchovies have moved elsewhere.

A mass die off of pelicans happened along the northern Peru coast in 1997 at a time when the “El Nino” warming of the equatorial Pacific Ocean was under way. This mass death was attributed to the lack of anchovies, a key link in the region’s marine food chain. Although “El Nino” has not happened officially since early 2010, significant changes to sea-surface temperatures have been happening since the start of 2012.

After months of “La Nina”, El Nino’s opposite, the equatorial Pacific Ocean has returned to “neutral” status according to  NOAA’s Climate Prediction Center (CPC). The CPC report also cited current above-average sea-surface temperatures in the eastern Pacific Ocean, which borders Peru and northern South America. A NOAA analysis of sea-surface temperatures, posted on May 3, showed readings about 2 to 6 degrees F above normal off the northern half of Peru, along with Ecuador and the Galapagos, Colombia and Panama. 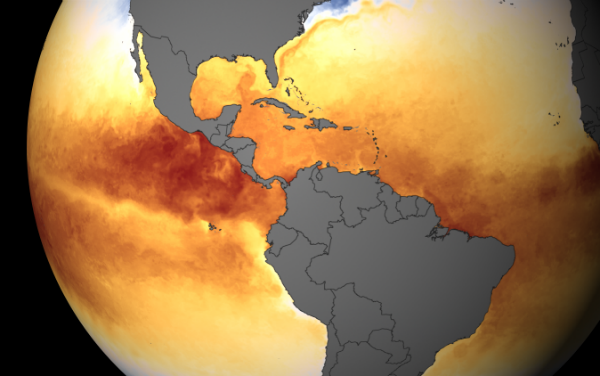 NOAA/CPC statistical forecasts have called for “neutral” status through the Northern Hemisphere summer followed by nearly equal odds of “El Nino” versus neutral conditions during the fall and winter. Long-range forecasters expect a shift to El Nino status by the end of summer.