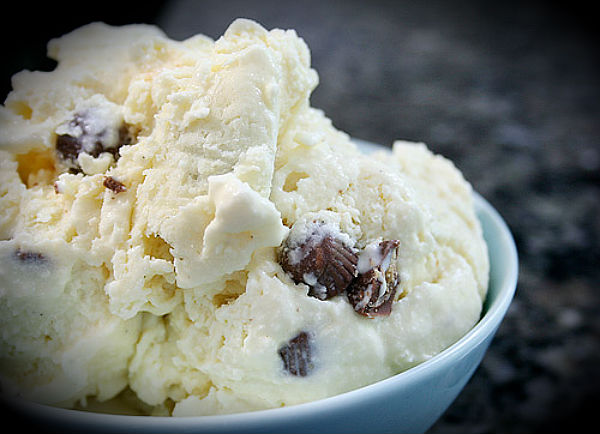 You can taste vanilla in chocolate, custard, caramel, coffee, cakes, etc. The cosmetics industry uses vanilla to make perfume. A major use of vanilla is in flavoring ice cream. The most common flavor of ice cream is vanilla, and thus most people consider it to be the "default" flavor. 40 per cent of the world’s current stock of vanilla — around 1000 tonnes — shipped out of Madagascar recently, and as a result the markets have gone crazy. After six years of prices varied around $US25 per kilo, the price has jumped to $US40 in single day, which means your ice creams might soon be an even more expensive treat than usual. Analysts reckon that the price of a scoop of vanilla ice cream will go up by 10 per cent to help manufacturers preserve margins according to Management Today. Wholesale prices have increased by nearly 20 percent in two months.

The majority of natural vanilla (65-80%) is produced in Madagascar; most of the rest comes from Indonesia (10-20%) with many minor producers making up the rest of the world production.Vanilla is grown on a plantation scale in Java, Mauritius, Madagascar, Colombia, Papua New Guinea, Tahiti, Seychelles, Zanzibar, Uganda, Costa Rica, India, Brazil and Jamaica and other islands of the West Indies. Vanilla is only grown in a few countries with the right climate and vanilla crops are seriously affected  in India and Mexico, two of the world’s major suppliers besides Madagascar. On average, Mexico and India combined produce approximately 100 tons of vanilla beans each year, or about five percent of the total worldwide harvest of 2,200 tons. In Mexico alone, production of the spice has fallen by 90% in the past year, according to data from Mintec. The 2010 and 2011 crops were very poor as a result of a severe drought. Prospects do not look much better for 2012. Surging vanilla production in countries from Papua New Guinea to Colombia and poor weather conditions in Mexico and India are causing the price of vanilla beans and extract to plummet in markets around the world.

Vanilla is the second most expensive spice after saffron,  because growing the vanilla seed pods is labor-intensive. Although it is native to Mexico, it is now widely grown throughout the tropics. Madagascar is the world's largest producer and the world's leading exporter of the spice. But the world's largest vanilla industry is feared to be on the verge of collapse as farmers struggle to earn a living. Madagascan farmers are abandoning their crops because of small wages, sharp competition from markets in Asia and the growing popularity of synthetically produced alternatives.  Most Malagasy live on less than a dollar per day and nearly half of its children under five years of age are malnourished. According to the International Fund for Agricultural Development (IFAD), most vanilla production is concentrated in the north-east of the island, where about 70 percent of the population depends on the spice to earn a living. Vanilla's inflated prices in 2003, when farmers profited the most from the spice, which have spelt disaster for Madagascar's vanilla industry. While prices have so far increased  from $24/kg to $40/kg, buyers are wary because in the early 2000s vanilla soared to $535/kg after cyclones destroyed Madagascan crops. 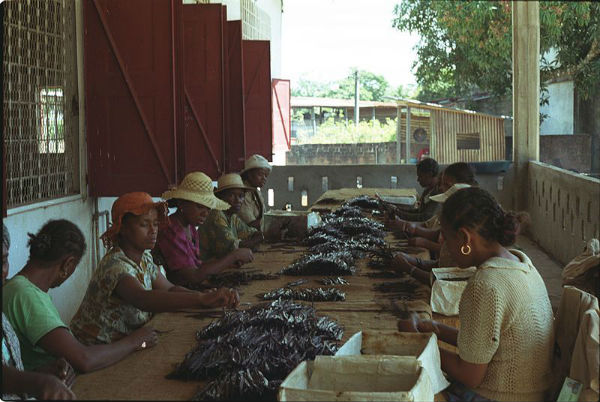 The high price of vanilla is due to the facts that, the flowers are artificially pollinated by hand and the fruits are picked by hand once ripen. In international market, one pound of whole vanilla pods may cost from $50-$200. Pure vanilla extract comes at a price of $2-$3 per ounce. The main application of natural vanilla is for flavouring ice creams and soft drinks. It is estimated that nearly 300 tonnes of vanilla beans is used in USA every year in the preparation of cola type drinks. The major industrial purchasers of vanilla are pharma companies and soft drink companies like Coke and Pepsi. However the fact remains that market for natural vanilla essence is today largely only confined to the West. World production of vanilla beans is approximately 3000 tonnes per year. The present international demand from vanilla is about 19,000 tonnes.

True vanilla flavor comes from the cured seed pod (bean) of the vanilla orchid (Wikipedia). The properly prepared pod contains vanillin and 100s of other flavor compounds. Vanilla orchids are the only orchids that produce an edible seed. Vanilla grows best in a hot humid climate from sea level to an elevation of 1500 m. The ideal climate has moderate rainfall, 150–300 cm, evenly distributed through 10 months of the year. Optimum temperatures for cultivation are 15–30 °C (59–86 °F) during the day and 15–20 °C (59–68 °F) during the night. Ideal humidity is around 80%, and under normal greenhouse conditions it can be achieved by an evaporative cooler. However, since greenhouse vanilla is grown near the equator and under polymer (HDPE) netting (shading of 50%), this humidity can be achieved by the environment. Most vanilla processing is done in the region within 10 to 20 degrees above and below the equator.

Most artificial vanilla products contain vanillin, which can be produced synthetically from lignin, a natural polymer found in wood. Most synthetic vanillin is a byproduct from the pulp used in papermaking, in which the lignin is broken down using sulfites or sulfates. However, vanillin is only one of 171 identified aromatic components of real vanilla beans. Leptotes bicolor also belongs to the orchid family and is used as a natural vanilla replacement in Paraguay and southern Brazil. The food industry uses methyl and ethyl vanillin. Ethyl vanillin is more expensive, but has a stronger note.