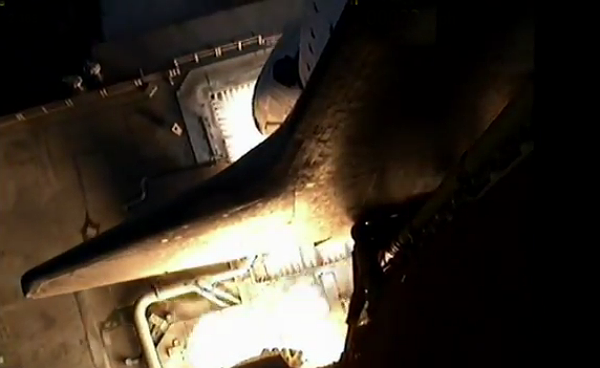 This is the video of riding the Space Shuttle Solid Rocket Boosters (SRBs) up and down in 400 seconds. All the sounds you will hear are real and captured from the Solid Rocket Booster camera system. The sound is all from the camera microphones and not fake or replaced with foley artist sound. The Skywalker sound team just helped bring it out and make it more audible. The video was compiled using footage obtained from booster cameras aboard shuttle flights STS-117 and STS-127. Velocities shown are approximations taken from actual flight data.

The Space Shuttle Solid Rocket Boosters (SRBs) were the pair of large solid rockets used by the United States’ NASA Space Shuttle during the first two minutes of powered flight. Together they provided about 83% of liftoff thrust for the Space Shuttle. They were located on either side of the rusty or orange-colored external propellant tank. Each SRB produced 80% more liftoff thrust than one F-1 engine, the most powerful single-chamber liquid-fueled rocket engine ever flown — five of which powered the first stage of the Saturn V “moon rocket”. The SRBs were the largest solid-fuel rocket motors ever flown, and the first to be used for primary propulsion on human spaceflight missions. The spent SRBs were recovered from the ocean, refurbished, reloaded with propellant, and reused for several missions. 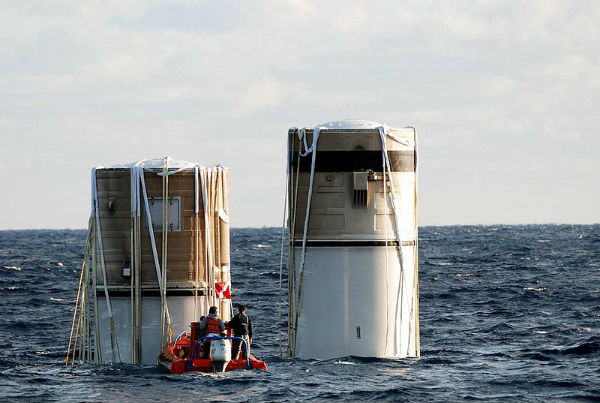 SRB casings were recovered and reused many times. In one recent example, an SRB stiffener (lower) segment from STS-1 — which over a 30 year period flew six times plus one ground test — was used in 2009 as part of the Ares I DM-1 test SRB. Collectively, the Ares 1 DM-1 included SRB segments from 48 different Shuttle flights and five ground tests.

From the upcoming Special Edition Ascent: Commemorating Space Shuttle by NASA/Glenn a movie from the point of view of the Solid Rocket Booster with sound mixing and enhancement done by the folks at Skywalker Sound.