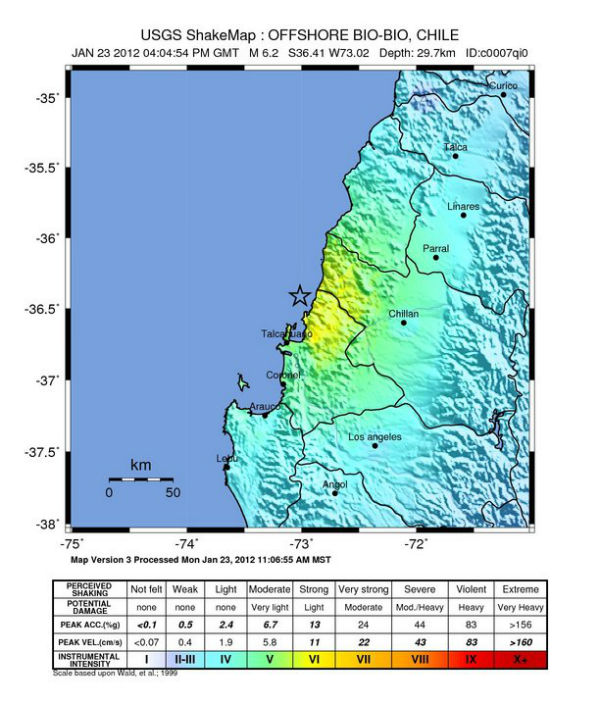 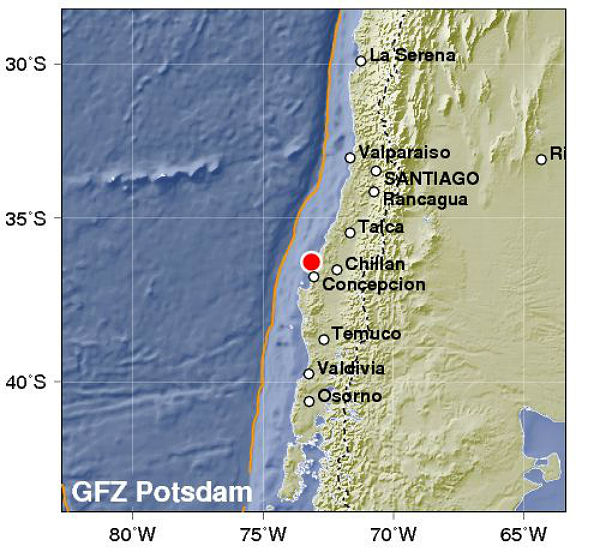 The region of the Chile Trench along the west coast of South America between about 45° 40' S and 47° S is the site of a collision between the actively-spreading Chile Ridge and the Chile Trench subduction zone. The Chile triple junction region is one of only two presently active examples of a ridge/trench collision, an event that has occurred numerous times around the convergent margins of the Pacific basin, most notably along the California continental margin between about 24 million years ago and the present. Scientific investigations of the active Chile triple junction region can provide important observations that will improve our understanding of these important plate tectonic phenomena, especially insights into past processes that may influence the present geological development and earthquake risk of coastal California.

The Chile Margin triple junction is the best modern example of the subduction of an active spreading ridge at a continental subduction zone, and thus is as close as the modern world offers to what happened along the west coast of North America over the last 20 million years of so. The geologic effects of ridge subduction can be studied relatively easily in Southern Chile because they are occurring as we look, while in California it is necessary to try to look through many million years of subsequent geologic events to try to identify the effects of ridge subduction. 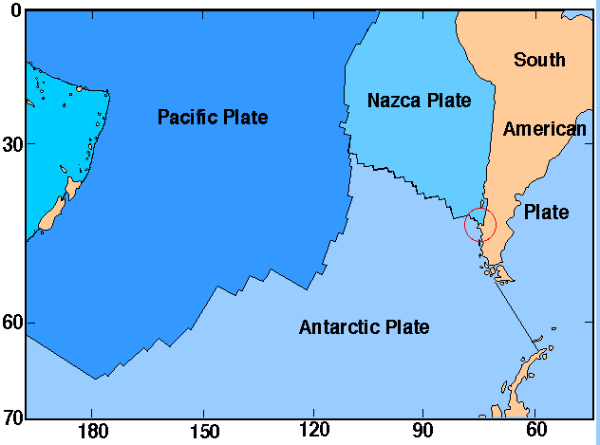 Because ridge subduction represents a huge change in the thermal structure of the continental margin, it has lasting effects on the structure of the crust where it has taken place. These changes might influence such improtant modern phenomena as earthquake seismicity. If we can gain insights in to the geological and geophysical evolution of continental margins by studying active modern examples such as Southern Chile where spreading ridge subduction is taking place, we might be able to better understand the evolution of the San Andreas fault and other regions where similar events have occurred in the past. (USGS/SOPAC)