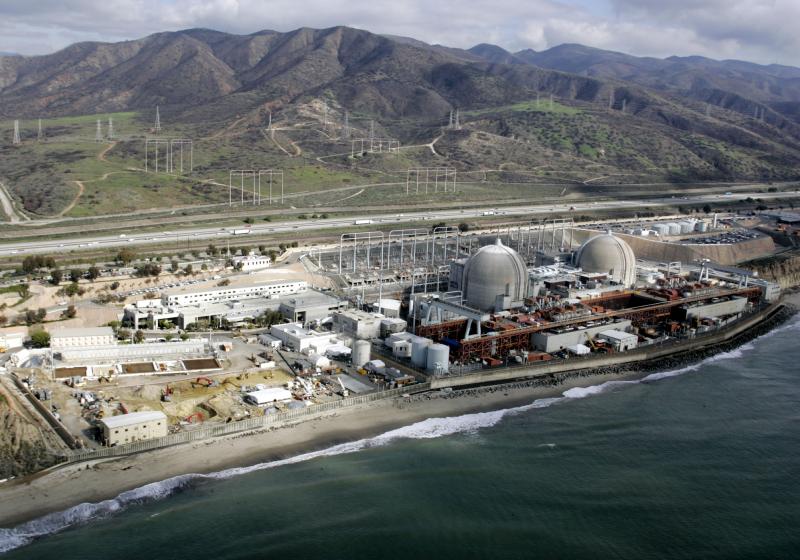 A level 3 emergency is being reported at the San Onofre nuclear plant Tuesday. Alarms and sirens were activated at the plant earlier this afternoon, possibly by an ammonia leak, SCE officials say. Edison officials say the leak occurred in a non-nuclear area at the plant.

At approximately 3pm Pacific Daylight Time, Southern California Edison declared an alert based on identifying an ammonia leak in the steam system used to drive the plants turbines. The leak is in Unit 3s steam system.

As a precaution, the company evacuated employees in the area near where the leak was found. Other employees remain in other areas of the plant. There is no immediate danger to the public. Both units are operating normally.

According to Edison officials the situation is ongoing. (KTLA)

The classification could mean anything from a near accident to a lost radioactive device. Southern California Edison tells CBS 2 that the incident is “an ammonia leak that is being contained.” SoCal Edison added that the leak is not nuclear.

No radiation is currently escaping from the power plant, Lt. Roland Chacon said. The Orange County Emergency Operations Center has been activated. No evacuations have been ordered and there is no danger to the public, SCE said. (CBSLocal) 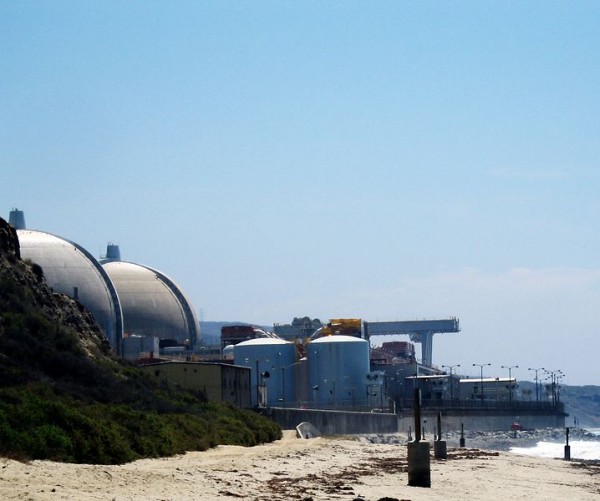 The Nuclear Regulatory Commission defines two emergency planning zones around nuclear power plants: a plume exposure pathway zone with a radius of 10 miles (16 km), concerned primarily with exposure to, and inhalation of, airborne radioactive contamination, and an ingestion pathway zone of about 50 miles (80 km), concerned primarily with ingestion of food and liquid contaminated by radioactivity. 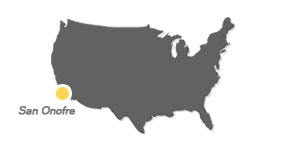 Strong, spherical containment buildings around the reactors are designed to prevent unexpected releases of radiation. The closest tectonic fault line is the Cristianitos fault, which is considered inactive. Southern California Edison states the station was “built to withstand a 7.0 magnitude earthquake directly under the plant“.

The NRC’s estimate of the risk each year of an earthquake intense enough to cause core damage to the reactor at San Onofre was 1 in 58,824, according to an NRC study published in August 2010.

Unlike many pressurized water reactors, but like some other seaside facilities in Southern California, the San Onofre plant uses seawater for cooling, and thus lacks the iconic large cooling towers typically associated with nuclear generating stations. However, changes to water-use regulations may require construction of such cooling towers in the future to avoid further direct use of seawater. Limited available land next to the reactor would likely require the towers to be built on the opposite side of the Interstate 5 highway. (Wikipedia)