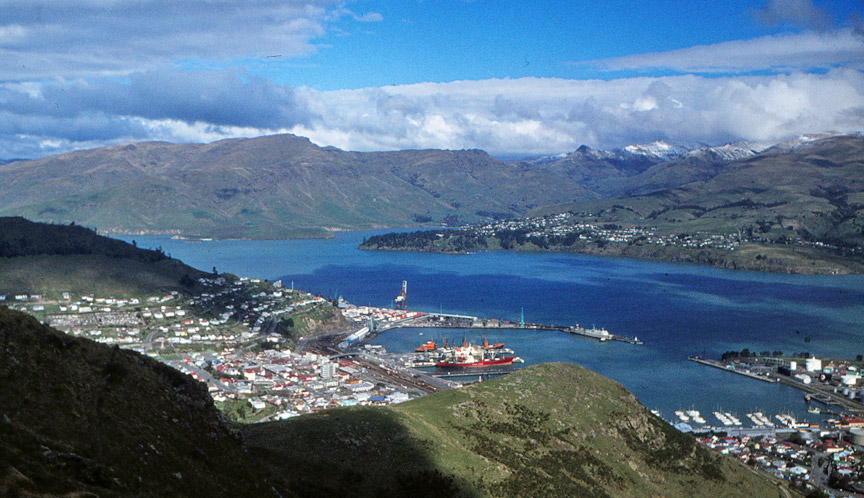 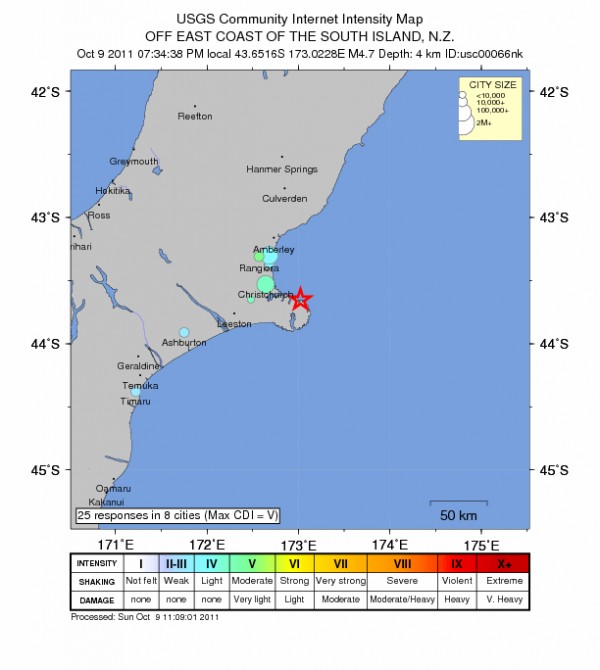 The aftershock has been felt until Hampden to the south and  Rununga and Hokitika at the western coast.

There are big differences reported in between the data of USGS and GEONET (4.7 vs 5.5).  Some data might be changed by both agencies as they are preliminary and will be recalculated soon. Although Christchurch has not been free of aftershocks since the first major earthquake in 2010, today’s aftershock has been felt as the strongest since many weeks and is a serious reminder that the faulting zones are not yet stabilized. (EarthquakeReport)

Stuffreports that aftershock number 7668 rolled through the city – a rumbling 5.5-pointer felt as far away as Dunedin and Greymouth. The shock at 8.34pm was the eighth largest since the earthquakes started on September 4 last year and the biggest in magnitude since a 6.3 rumble on June 13. It was followed by a 3.4-magnitude aftershock. There were no reports of damage but phone services were reported temporarily out in the suburbs of Parklands and Northwood and stock was shaken off the shelves at Countdown in Riccarton. Several large aftershocks struck Christchurch, including a 4.8 on Saturday.

Aftershocks have been keeping Christchurch on edge since the 6.3 magnitude quake on February 22 that killed 181 people and caused billions of dollars worth of damage. That quake was an aftershock of an even bigger 7.1 quake in September last year, which caused extensive damage but no deaths. 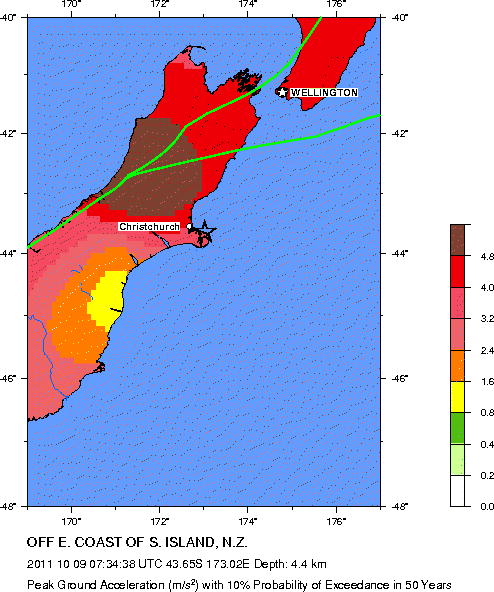