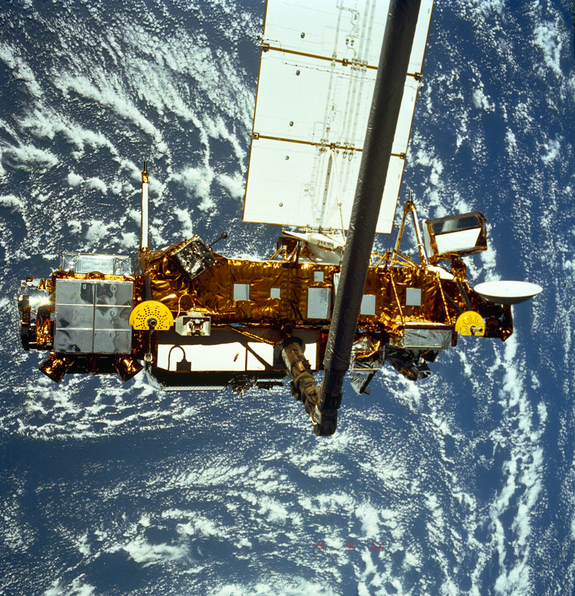 The U.S. space agency will be taking measures to inform the public about the pieces of the spacecraft that are expected to survive re-entry.

“It is too early to say exactly when UARS will re-enter and what geographic area may be affected, but NASA is watching the satellite closely and will keep you informed,” NASA said in a statement released onSept. 7.

One analysis of re-entry survivability for UARS components was performed several years ago with a software program called Object Re-entry Survival Analysis Tool, or ORSAT for short. That computer analysis showed that about 150 component types, including the parent body of the satellite, will demise during re-entry, and 12 types (26 counting multiple components) would endure the fiery fall to Earth. That appraisal indicated a surviving mass of 1,170 pounds (532 kilograms) falling within a debris footprint length of some 500 miles (800 kilometers).

“The risk to public safety or property is extremely small, and safety is NASA’s top priority,” noted a NASA website dedicated to the re-entry. “Since the beginning of the Space Age in the late-1950s, there have been no confirmed reports of an injury resulting from re-entering space objects. Nor is there a record of significant property damage resulting from a satellite re-entry.“

Nonetheless, there is a chance that pieces of debris from the satellite will crash in areas accessible to the public.

According to NASA, on UARS re-entry day, “if you find something you think may be a piece of UARS, do not touch it. Contact a local law enforcement official for assistance.“

NASA will host a press conference on Friday (Sept. 9) to discuss the anticipated re-entry. 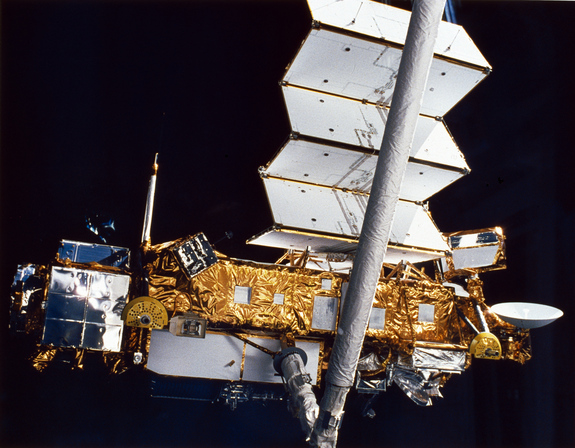 The actual date of re-entry is difficult to predict because it depends on solar flux and the spacecraft’s orientation as its orbit decays. As re-entry draws closer, predictions on the date will become more reliable. NASA plans to post updates weekly until about four days before the anticipated re-entry. The agency will then share daily updates until about 24 hours before re-entry, when it will begin even more frequent postings.

The updates will come from the Joint Space Operations Center of U.S. Strategic Command at Vandenberg Air Force Base in California, which works around the clock to detect, identify and track all man-made objects in Earth orbit, including space junk.

Debris in Earth orbit, including broken satellites, spent rocket stages and other trash, is a growing problem, both because of the threat it will collide with working spacecraft, and the chance that it will re-enter Earth’s atmosphere and crash in populated areas.

According to a recent National Research Council report, we have now reached a tipping point, called the Kessler Threshold, at which there is already enough orbital debris that even if no more were added, new debris will continually be created through collisions between existing objects.

UARS was used to study Earth’s atmosphere by observing numerous chemical components through multiple instruments. Before it ended its scientific life in 2005, UARS data marked the beginning of many long-term records for key chemicals in the atmosphere. The satellite also provided key information on the amount of light that comes from the sun at ultraviolet and visible wavelengths. (Space.com)