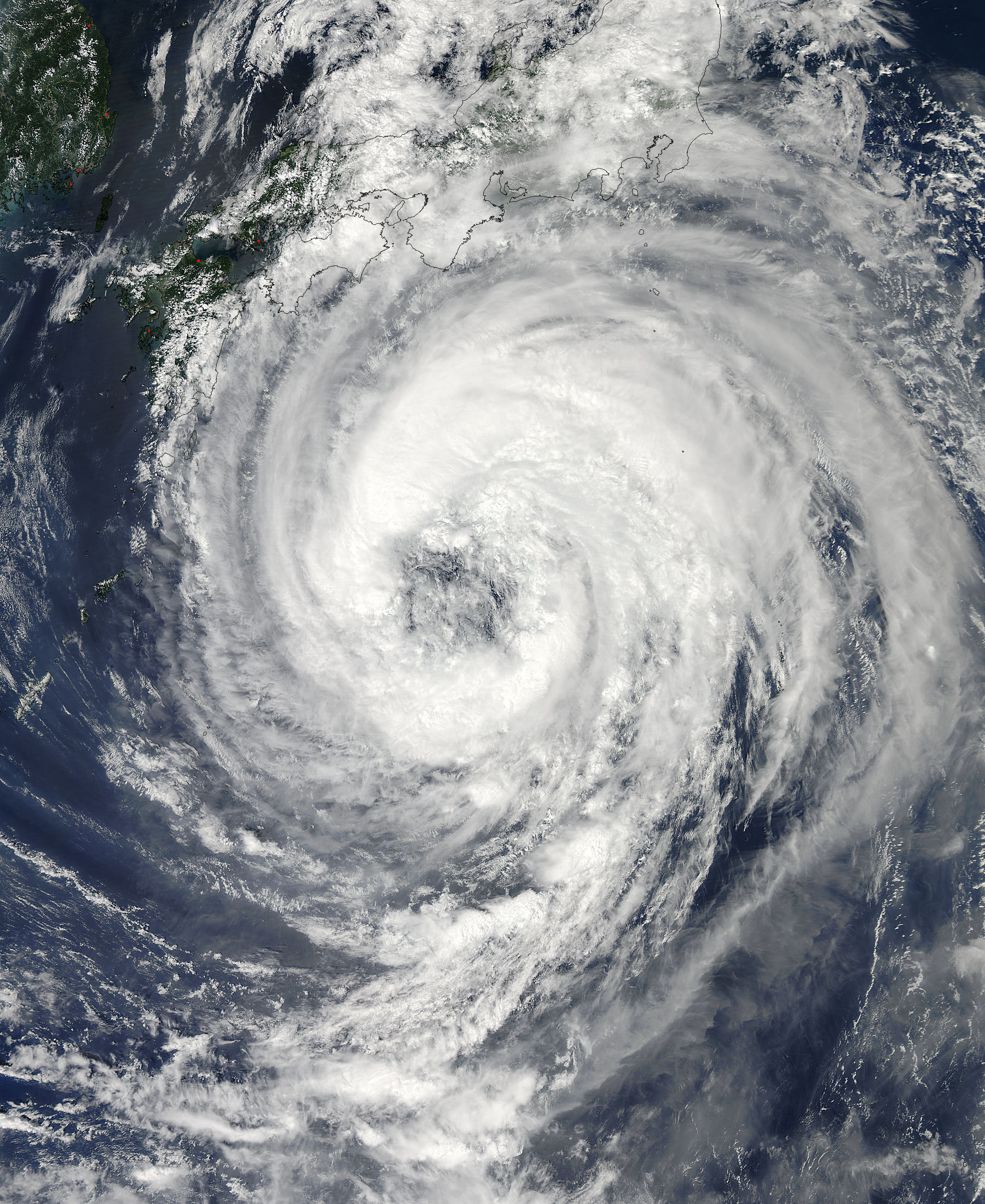 A powerful typhoon that hit western Japan on Sunday has left 37 people dead and 54 missing in a total of nine prefectures, according to a Kyodo News, the heaviest typhoon toll in about seven years. 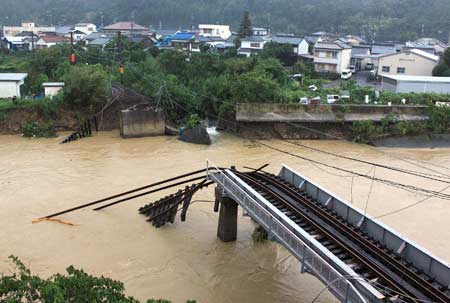 The storm struck central Japan hardest, with the prefectures of Wakayama and Nara hardest hit, according to reports on line. The two prefectures lie on the Kii Peninsula of southern Honshu Island, and a few hundred miles southwest of the Tokai earthquake and tsunami disaster area. 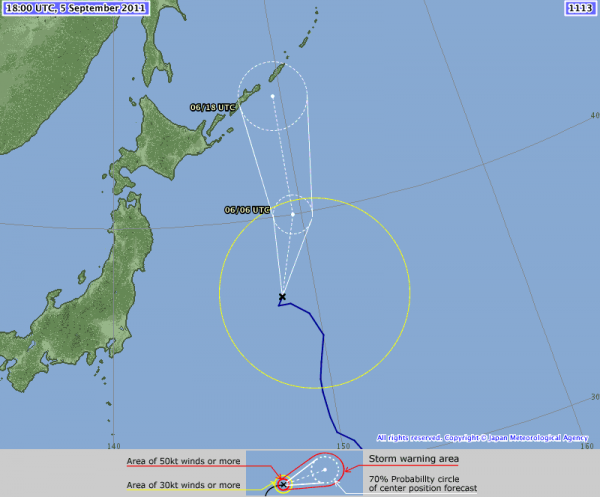 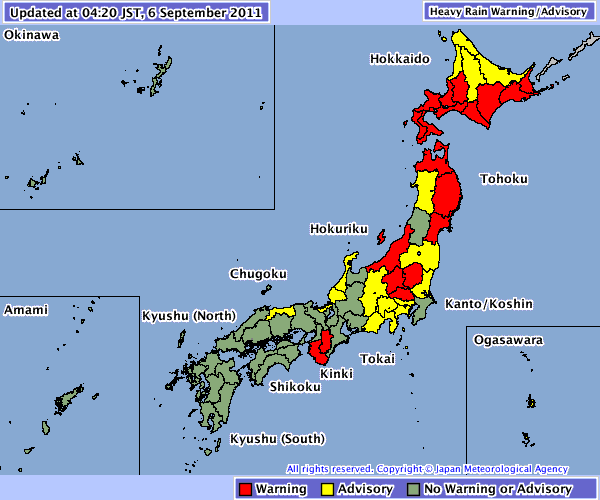 In the village of Totsukawa, Nara, there was one death with seven missing after two homes were washed away, the Japan Times reported. The report also said that the 591.5 mm (23.29 inches) of rain that washed Totsukawa was the highest for a single day in the area. Much of a 39-meter rail bridge spanning the Nachi River in Nachikatsuura was washed away by flood waters. The storm also damaged the site of the well-known Nijo Castle in Kyoto. A piece of plaster was broken off a wall at one of the castle gates.

Reports on line indicated that Talas was the worst tropical cyclone to strike Japan since October, 2004, when Typhoon Tokage killed nearly 100 people. (AccuWeather) 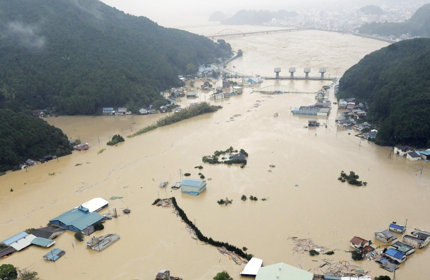 While the elements swept over wide swaths of Honshu, no significant damage was reported in Tohoku, which is still recovering from the tsunami and earthquake in March that left nearly 21,000 dead or unaccounted for in the shattered northeast.

As the typhoon approached, evacuation orders or advisories were issued to 460,000 people. Nevertheless, at least 3,600 people were stranded by flooding, landslides or broken bridges that hampered relief efforts.

The center of the season’s 12th typhoon hit Shikoku from the south before pummeling western Honshu Saturday night. It then rumbled slowly northward until it entered the Sea of Japan, the Meteorological Agency said. (JapanTimes) 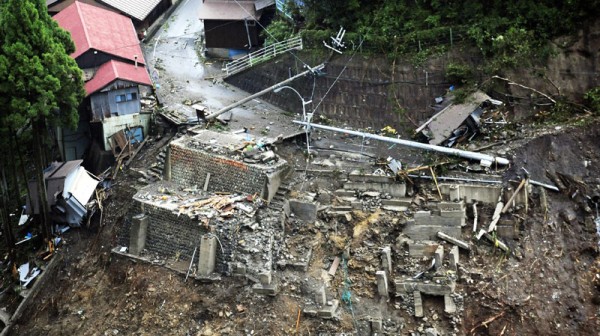 Talas is a word from the Philippines meaning “sharpness.”