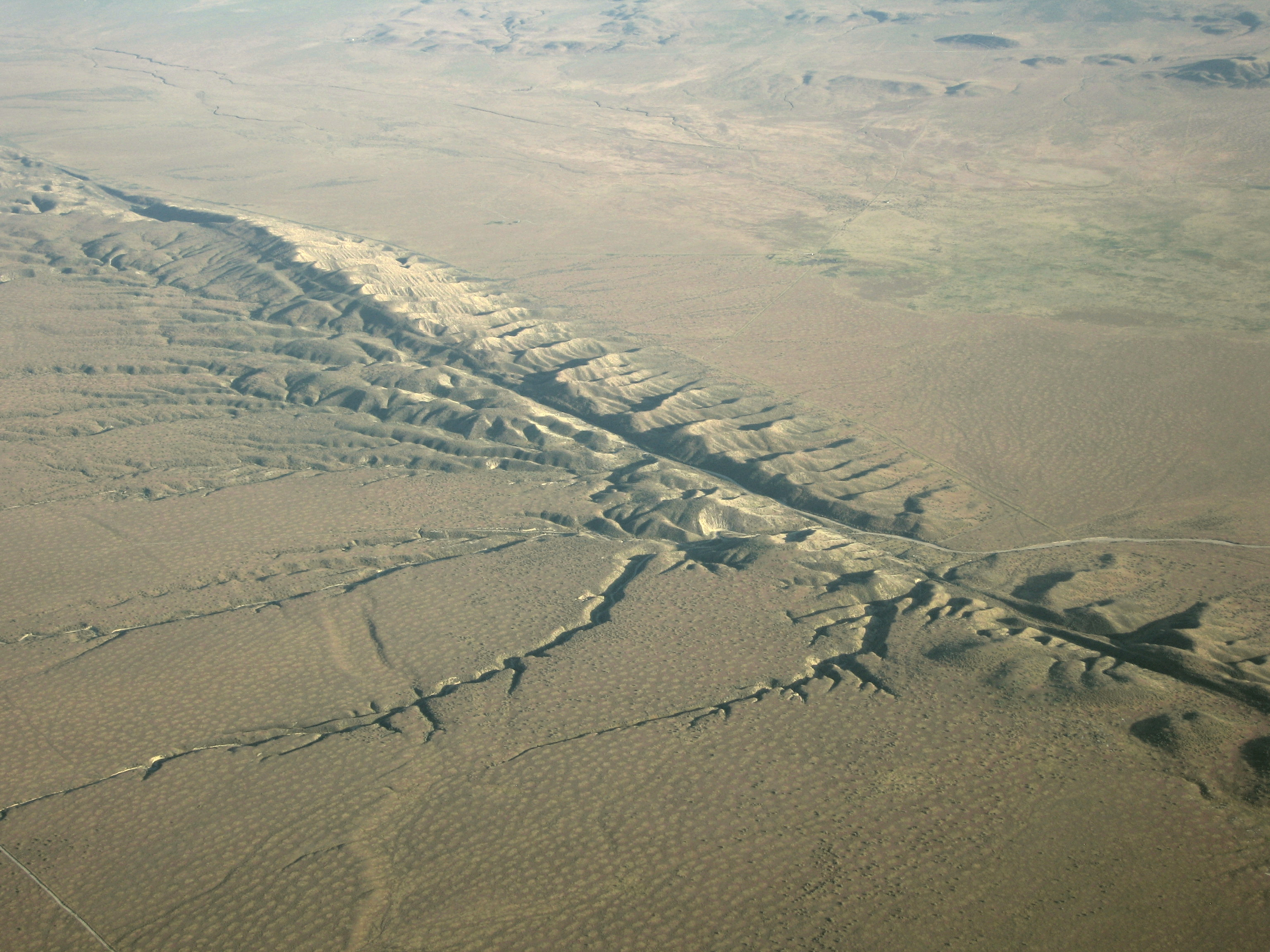 Earthquake-Report.com came across a video of the National Science Foundation that explains what scientists are currently doing to understand what is going on inside the San Andreas Fault. The video has been aired in the PBS NewsHour. 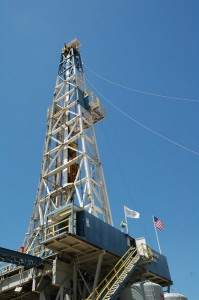 Understanding what happens at the epicenter of an earthquake, as the tectonic plates beneath the earth shift and the earth shakes, could help us better predict when and where the next big one will hit. For the past six years scientists from a number of institutions have joined in a project called San Andreas Fault Observatory at Depth, or SAFOD.

They have drilled to the core of the San Andreas Fault, near Parkfield California, down to a specific area along the fault known to experience a number of small earthquakes every year. By retrieving and studying core rock samples from that site, geologists Chris Marone and Brett Carpenter and hydro-geologist Demian Saffer are getting a better understanding of the types of rocks involved in major quakes, versus the rocks present at more forgiving ones.

They’re putting core samples through rigorous tests at their lab at Penn State to determine the rocks’ strengths and breaking points. They say their project is just one piece of a complex puzzle – how to better predict when major earthquakes, like the one that devastated Japan, will occur.

Building on more than 15 years of experience from the Parkfield Earthquake Experiment, the National Science Foundation (NSF) and the USGS started in June 2004 to drill a deep hole in order to install instruments directly within the San Andreas Fault Zone near the initiation point of previous magnitude 6 Parkfield earthquakes.

These instruments, set 2 to 3 km beneath the Earth's surface, will form a San Andreas Fault Observatory at Depth (SAFOD). This project will directly reveal, for the first time, the physical and chemical processes controlling earthquake generation within a seismically active fault. 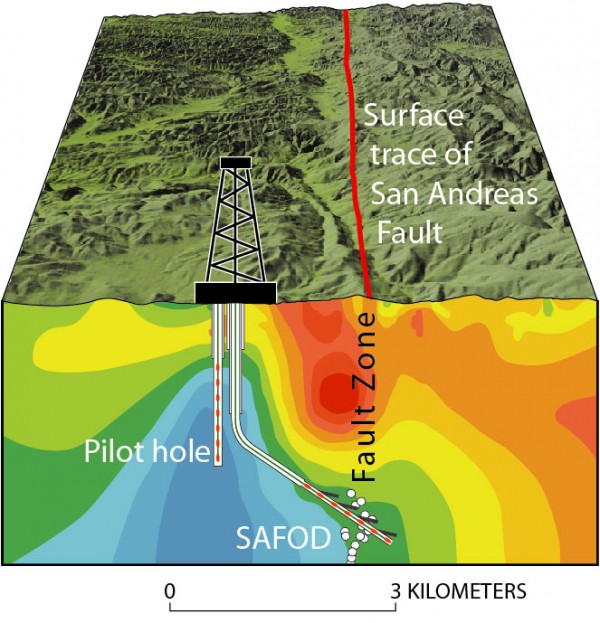 Drilling the hole for SAFOD starts west of the San Andreas Fault and then use advanced directional-drilling technology developed by the petroleum industry to angle the hole through the entire fault zone until relatively undisturbed rock is reached on the east side. Fault-zone rocks and fluids will be retrieved for laboratory analyses, and geophysical measurments will be made within the active fault zone. SAFOD's long-term monitoring activities will include detailed seismological observations of small to moderate earthquakes and continuous measurements of rock deformation and other parameters during the earthquake cycle. 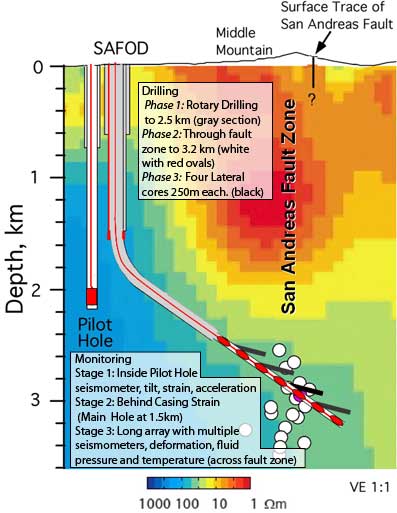 A 2.2-km-deep vertical pilot hole was drilled adjacent to the San Andreas Fault at Parkfield in the summer of 2002. This pilot project was funded by International Continental Drilling Program, with considerable logistical and scientific help from the  NSF, and USGS. The pilot project  has provided both engineering and scientific data to guide the current SAFOD project to its goal of precisely drilling into the fault-zone where small, M2, earthquakes repeat on a regular schedule.

More information and daily news from the drilling can be found at the ICDP SAFOD website. 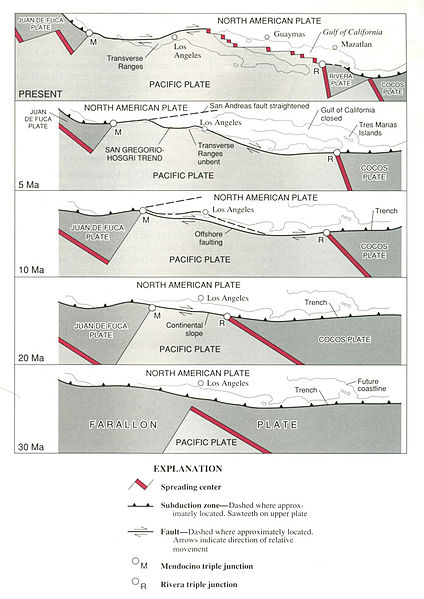 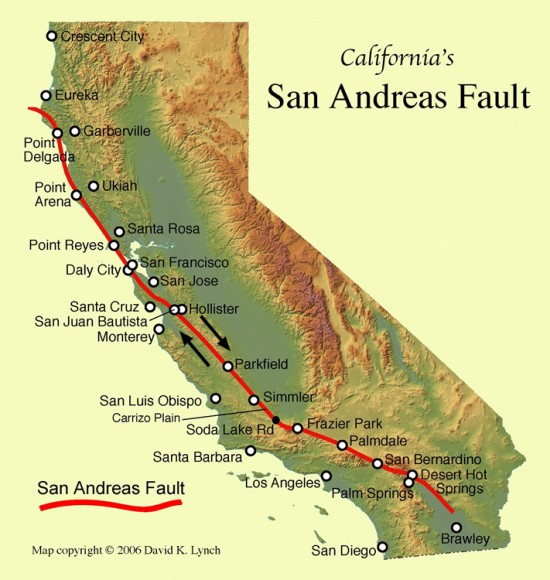