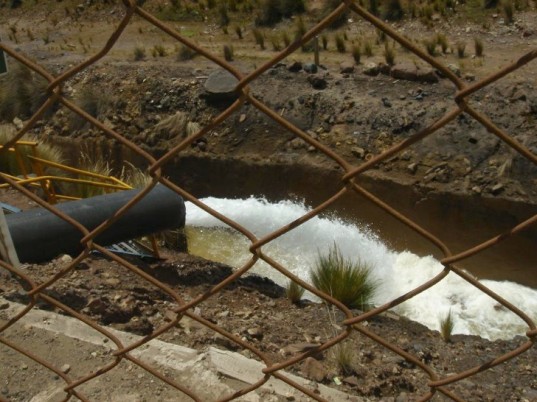 Sewage routinely contaminates the Hudson River, according to a report released on Tuesday after four years of water testing in which one-fifth of the water samples indicated that the river was unsuitable for swimming and other recreation.

The study, issued by the environmental group Riverkeeper, underscores how a big sewage discharge in July, caused by a fire at a treatment plant in Manhattan, was part of a persistent and far more widespread sewage problem along the 155-mile river.

Despite improvements in water quality since the passage of the Clean Water Act in the 1970s, the group said, 21 percent of its water samples had unacceptable levels of bacteria because of problems like discharges from aging or failing sewage treatment plants, overflows caused by rain and poor maintenance of septic systems. 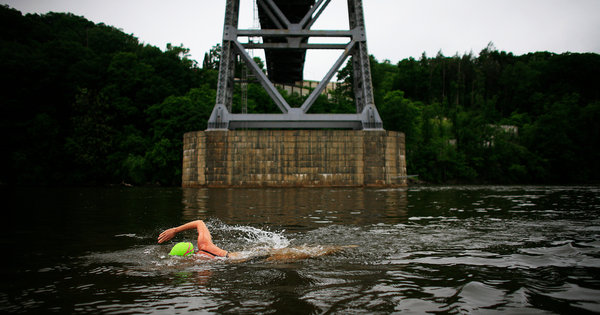 The study, based on more than 2,000 water samples collected from May through October at 75 sites between Albany and New York City from 2006 to 2010, offers some surprises. Some of the worst contamination, it turns out, comes from tributaries like streams and creeks that flow into the Hudson. The report says further research is needed to pinpoint the cause of the pollution in the tributaries, but it suggests some possibilities like leaking septic systems that contaminate groundwater, illegal sewage hookups and agricultural runoff.

With more than eight million residents, New York City nonetheless has better water quality in its part of the Hudson than the Albany region, home to barely one million people, the study also concludes. One reason is that sewage in Albany enters a narrower and shallower stretch of the river, without the dilution benefits of New York City’s proximity to the Atlantic Ocean. Another reason, the report says, is that Albany’s treatment plants do not disinfect sewage — although there is a plan to start doing so by 2013 — leaving that section of the Hudson “chronically sewage-laden.” 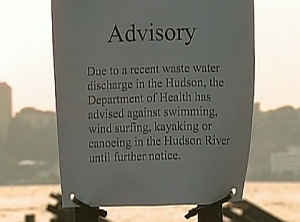 The bright picture in New York City dims during rainstorms, however, when treatment plants cannot handle the volume, and a mix of sewage and storm water flows into the river. Over all, unacceptable samples increase more than threefold — to 32 percent from 9 percent — in wet weather versus dry weather, the report said.

Riverkeeper’s testing program, a collaboration with Lamont-Doherty Earth Observatory of Columbia University and Queens College at the City University of New York, measures levels of the bacterium enterococcus, which lives in the intestines of humans and some animals. The group said that only New York City and 4 of 10 counties along the river currently perform water quality tests and that none report the findings in a timely fashion.

Carter Strickland, a deputy commissioner with the New York City Department of Environmental Protection, said on Tuesday that the city had spent nearly $2 billion since the 1990s addressing the problem of combined sewer overflows, which involve systems that collect both storm water runoff and sanitary sewage in the same pipe. He said the solutions included separating the sewage and storm water runoff in some areas and building storage tanks in others so that overflows can be retained and treated. (NewYorkTimes)