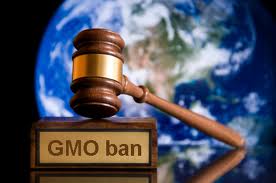 A rarity in the world today, the South American nation of Peru has yet to be contaminated by the import, cultivation, or breeding of any genetically-modified (GM) crops — at least not openly — unlike some of its nearby neighbors like Brazil that have openly and willingly accepted them. And the recent decision by Peru’s Plenary Session of the Congress to enact a ten-year moratorium on GMOs, in direct defiance to previous governmental pushes for legalization, represents a huge victory for Peruvians.

Even though a recent test conducted by the Peruvian Association of Consumers and Users (ASPEC), a non-profit organization that promotes and defends the rights of Peruvian consumers, revealed the presence of GM contaminants in about 77 percent of supermarket products it tested (http://www.livinginperu.com/news/14842), at least the country itself will not be contributing to the spread of GM pollution around the world.

Anibal Huerta, President of Peru’s Agrarian Commission, stated that the ban was necessary to prevent the “danger that can arise from the use of biotechnology.” At least someone in a position of governmental authority is willing to admit the truth about GMOs, mainly that they contaminate the food supply with untested “Franken-genes,” put an immense chemical burden on the environment, and are implicated in a wide variety of disorders and illnesses (http://www.naturalnews.com/GMO.html).

He and the many other congressmen who supported the moratorium also cited agricultural biodiversity as another reason why GMOs needed to be banned. Biotech crops, of course, are responsible for replacing formerly diverse, self-sustaining agricultural systems with endless fields of GM crops like corn and soybeans.

“There is an increasing consensus among consumers that they want safe, local, organic fresh food and that they want the environment and wildlife to be protected,” wrote Walter Pengue from the University of Buenos Aires in Argentina, in a recent statement concerning GMOs in South America. “South American countries must proceed with a broader evaluation of their original agricultural policies and practices using the precautionary principle.”

The solar power forecast to account for one third of new electricity generation by 2040: China becoming the global leader