At least 10 people have died this afternoon in Lorca (Murcia) and dozens injured as a result of an earthquake of magnitude 5.1, which was preceded by an earthquake of 4.5, as confirmed by the Delegation of the Government. One of the deceased is a minor. 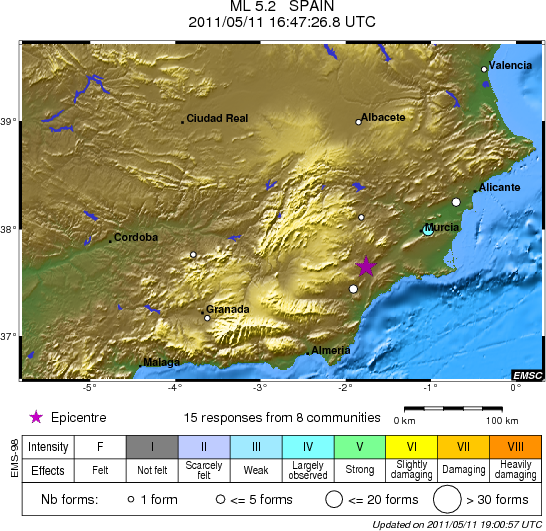 The epicenter was located in the Sierra de Tercia, in the municipality of the town of Murcia. The earthquake has caused more damage between five and 10 kilometers northeast of the town, near the highway from Murcia, and felt strongly in several villages in the region, including the capital, Mazarron, Cartagena and Aguilas, and even been noted in other provinces such as Almería, Albacete and Madrid. There have been cracks in roads and overpasses, so extreme caution is recommended to prevent further victims. The tunnel of the A-7 towards Andalusia vehicle has collapsed. The DGT has asked the drivers not intending to visit the area and the Government has mobilized the Emergency Military Unit .

Of the ten deaths, at least three have died hit by a ledge. Dozens of inmates have been injured and sick in the hospital Rafael Méndez de Lorca and were evacuated to medical facilities in Murcia, Cartagena and Cieza. The City Council has enabled a ship in the usual venue for the exhibition of Lorca for neighbors whose homes have been affected can sleep tonight. Many residents remain on the street with the fear of more landslides . 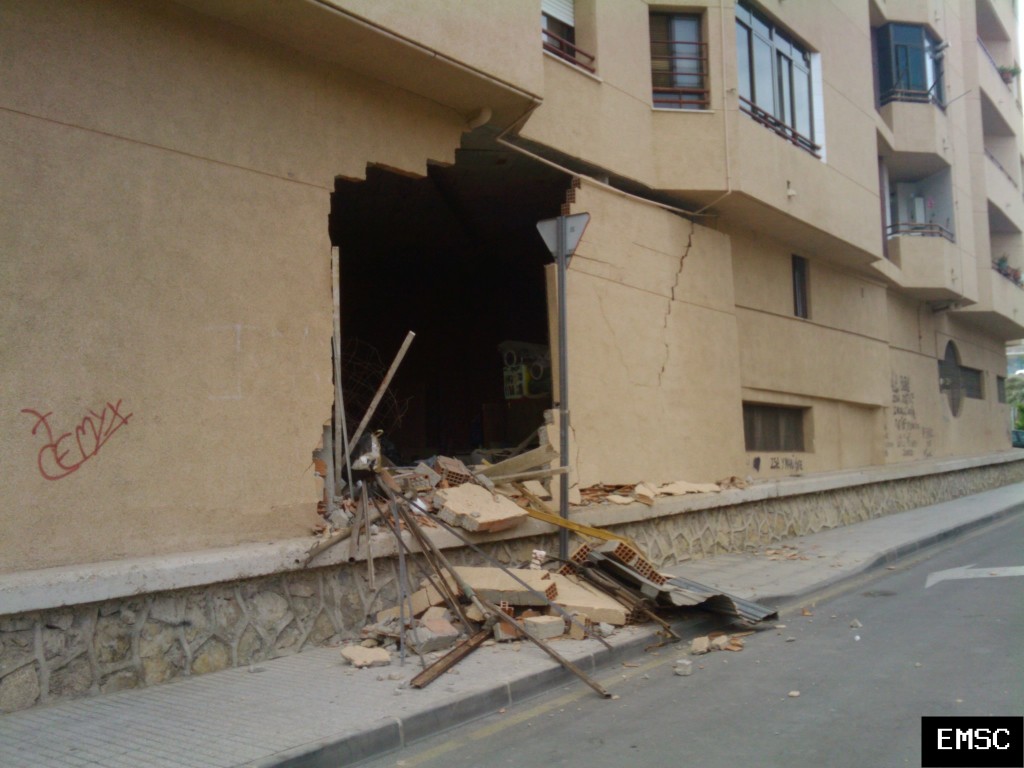 A neighbor in the Avenida Juan Carlos I have been told that there have been cracks in the building and all the people “is in the streets and the phones do not work.” Bell has been dropped and the roof of the church of the Virgin de las Huertas, there has been damage to the historic castle of Lorca and cornices have fallen pieces such as the Palacio de San Julián.

In one of the nursing homes in the city, in the Alameda area, landslides have occurred on the roof and the residents have had to be evacuated. The mayor of this town, Francisco Jodar, said that there have been falling tiles and cornices in the village, so that the City has activated the Emergency Plan Municipal Murcia while the Government has launched Plan Level 2 Emergency to the seismic risk of the Autonomous Community of Murcia (Sismimur). All emergency services have been activated. 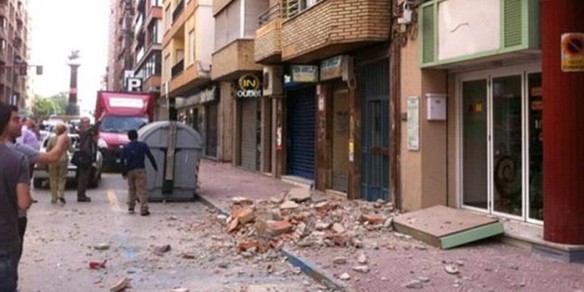 Murcia is in the most seismically active area of Spain . The director of the national seismic network of National Geographic Institute, Emilio Carreno, explained that the site is “short faults in an east-west and northeast-southwest.” At 17:05 there was a magnitude 4.5 earthquake in northeastern 18.47 Lorca and another tremor of magnitude 5.1. Carreno explains that there has been damage because it was “very superficial”, but in that area the potential is there an earthquake of 6.5. Carreño said that the quake was felt in parts of Madrid Plaza de Castilla and the People of Vallecas, which are based on gypsum, land that amplify the shaking.

In 2005 another earthquake of 4.6 in that case , all leading to the districts high Lorca and Bullas, Murcia hit two municipalities, with no reported personal injury, although damage was caused in a number of houses. The quake was also felt in the provinces of Almería, Granada, Jaén, Albacete, Ciudad Real, Alicante and Valencia. The National Geographic Institute called it “slightly harmful” and said it posted a reply 10 minutes after 3.4 degrees, which was felt in the region of Murcia. Not so with the 31 aftershocks of magnitude, which occurred later. 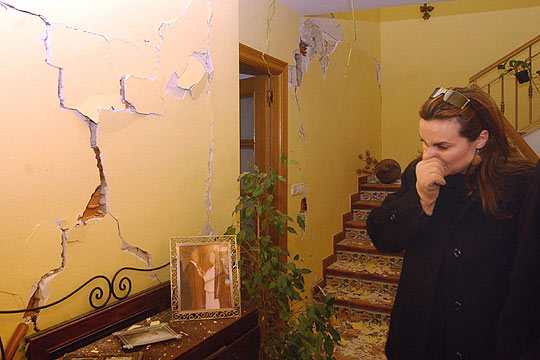 The Lorca earthquake today was the event most serious of its kind in the past 30 years in Spain. (ElPais) 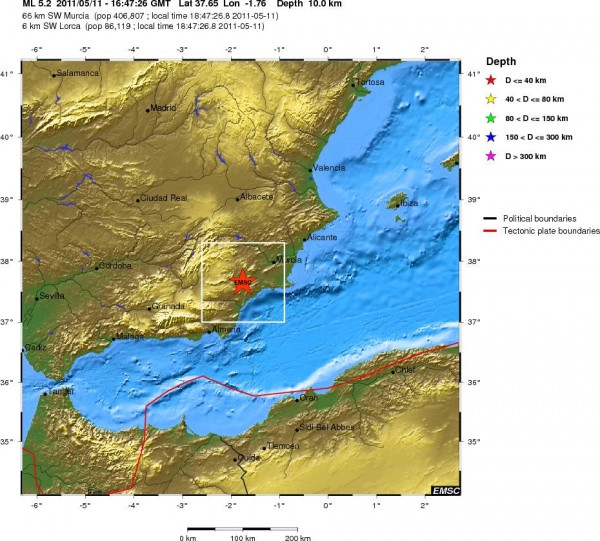