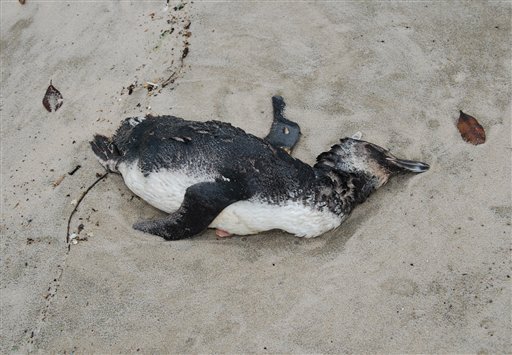 The Department of Conservation is staying tight-lipped over the deaths of a group of penguins on the East Coast. At least 14 have been found washed up along Waihau Bay.

Anti-oil protesters claim seismic testing in the Raukumara Basin is to blame.

DOC is choosing to stay out of the debate until it knows for certain the cause of death. It said there was a range of reasons why they could have died, and will not comment until test results have come back. They are expected some time next week. (NZHerald) 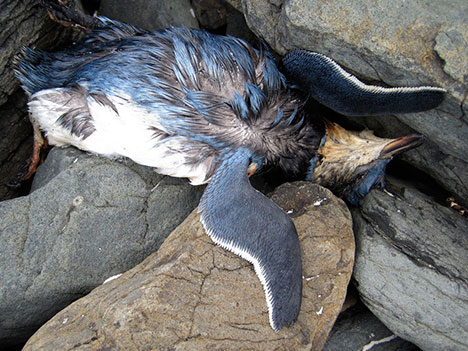 An opponent of oil exploration off East Cape is blaming seismic surveying by oil company Petrobras for penguin deaths at Waihau Bay and elsewhere.  13 penguins found dead between Raukokore School and Pararaki Marae over the weekend. The Department of Conservation is treating the report with caution and considers the La Nina climate condition may be behind the deaths. Gisborne-based DoC biodiversity manager James Holborow said he had not heard anything “credible” so far to link the deaths to oil exploration conducted by Petrobras.

The Petrobras-chartered Orient Express is towing a 10-kilometre-long sonar array through the 12,333 square kilometre Raukumara Basin permit area. The ship generates shockwaves using compressed air and directs them at the seabed. The array records the acoustic waves when they are bounced back. Opponents of seismic surveying claim the exploration technique can have an adverse effect on marine life, especially marine mammals.

DoC planned to recover the penguin carcasses and attempt to identify the causes of death. DoC staff were sent to Waihau Bay to recover the birds. Some of these would undergo necropsy – the animal equivalent of autopsy – at Massey University. DoC would not be able to comment on the mammals’ likely cause of death until after that had happened. DoC also had fielded numerous reports of dead penguins and seabirds this year.  The La Nina climate state typically reduced the quantity of bait fish available for them to eat, which increased mortality due to starvation.(WhakataneBeacon) 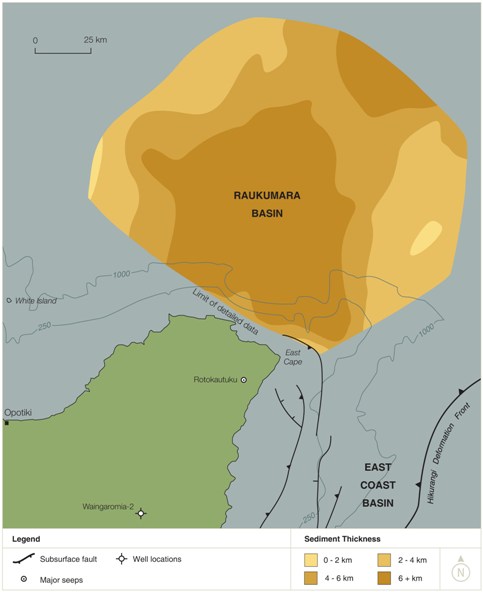 Without consulting the local Maori, New Zealand government granted Petrobras a five-year permit for exploration of the Raukumara Basin, off the East Cape of New Zealand in June 2010.

Local Maori feel the pollution risk to the water and fish stocks in the regions is too great, should oil be found off the East Cape of New Zealand.

Ironically, Raukumara Basin sits between Kermadec Trench and Kermadec Ridge, and has an inherently unstable geology. Any oil-drilling in the exceptionally seismic area would most certainly prove disastrous for the entire region. (FEWW)

The 25,000sqkm Raukumara Basin extends about 300km north of East Cape and tapers from a width of about 100km in the south to about 50km in the north. Water depths range from shallow coastal to about 3000m at the outer-most point of the basin.

Data from seismic surveys undertaken in 2005 and 2007 reveal a sediment thickness of about 8 km in the north increasing to about 12km in the south. The basin is undrilled and in the absence of direct evidence from wells, scientists have drawn analogies with on-shore geology and with the adjacent East Coast Basin.

Entry of PetroBras into Raukumara Basin Caps Off LongCampaign

Regional work by GNS Science in geological mapping (Mazengarb & Speden 2000), and basin analysis of the onshore region, has been extremely important in helping understand the offshore geology.

Satellite, seismic and magnetic data suggest there is an active petroleum system in the basin. The size of the areas showing indications of hydrocarbons suggest they potentially contain large volumes of oil and gas. These positive indications are consistent with the adjacent East Coast Basin where petroleum is known to be present.

Frontier Basins Manager at GNS Science, Chris Uruski, said considering its close proximity to the active boundary between the Pacific and Australian tectonic plates, there was a surprising lack of faulting and deformation in the basin. This was a positive for oil exploration as accumulations of petroleum were more likely to have remained undisturbed. (GNS) 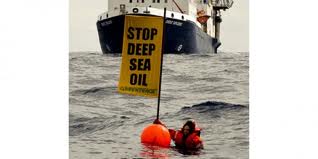 Petrobras was sold the rights to explore for oil last year. Its ship left Tauranga Harbour a week ago for the cape, where it planned to carry out seismic testing to explore the ocean for oil sediments.

A seismic testing vessel, the Orient Explorer, is under contract to Brazilian petrol giant Petrobras to conduct a survey of the Raukūmara Basin seabed. It’s doing so pursuant to a permit issued back in the middle of last year by then Energy and Resources Minister Gerry Brownlee.

However, Greenpeace and at least some of the local iwi, te Whanau a Apanui, are not that happy about the prospect of deepwater oil wells one day working off the coast. So they have sent a gaggle of little ships out to protest this activity. The protest involves interfering with the Orient Explorer’s navigation lines by placing swimmers in its path, thus forcing it to change direction. As a result, the ship has suspended its operations for the moment.

Petrobras’ exploration permit exempts them from the general prohibition on exploring for petroleum under the Crown Minerals Act. So it provides a “right” (actually, in technical legal terms a “privilege”) to conduct seismic testing, insofar as an otherwise existing legal duty (“do not explore for petroleum”) has been lifted from them. But that right (actually, privilege) does not in and of itselfconfer any duties on any other person not to interfere with their testing.

Because it also is lawful to sail a boat on the high seas, and to leap from that boat into the ocean… the default position in NZ is “unless the law says you can’t, you can”. Which means that, in and of themselves, the actions of Greenpeace and their allies also are an exercise of rights (actually privileges) under law. So what we have here are the exercise of two rights (actually, privileges) under law that have come into conflict. And that’s all without having to talk about “the right to protest” or invoke the New Zealand Bill of Rights Act, or anything else of that nature. (Pundit.co.nz)

Do we have the will – or ability – to deal with the oil multinationals ?