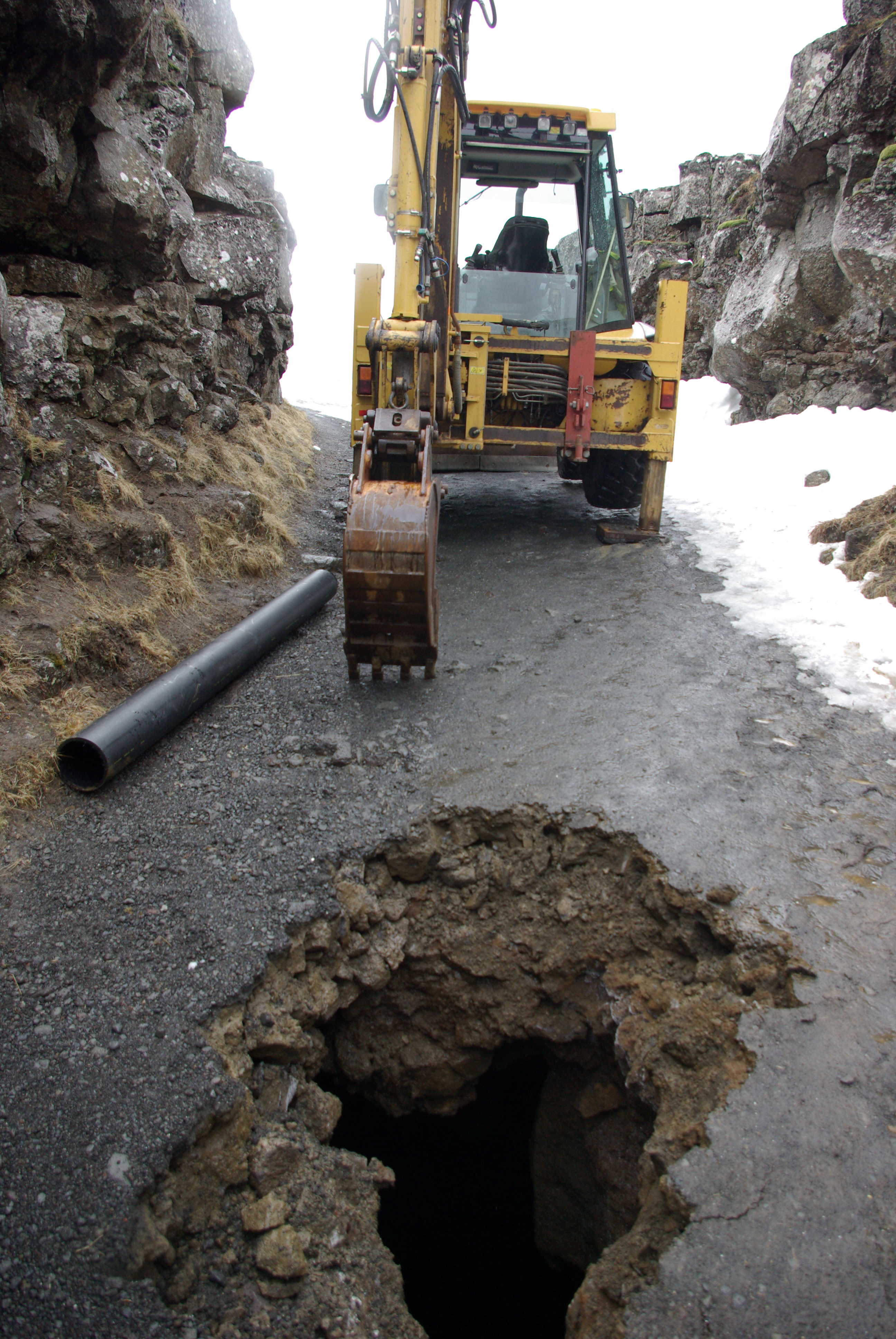 A new fissure has opened in south part of Almannagjá on Iceland. It is not clear when this fissure started to form, but it looks to have formed in rather recent time. This fissure was discovered after a snow and frost started to thaw out of the ground in the last few weeks.

This new fissure is about 10 to 14 meters deep and is under the middle of the walking path that is in this area. It has now been closed for safety reasons. Tourists and people how are travelling this area of Thingvellir are asked to respect the travel ban in this area. But this is a deep fissure and it is unmarked and dangerous. 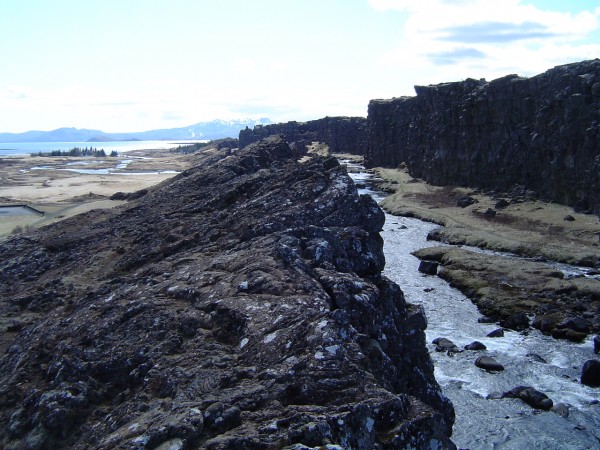 Almannagjá is 7.7 km long. Its greatest width is 64 m, and its maximum throw is 30-40 m. It marks the eastern boundary of the North American plate. Its equivalent across the graben, marking the western boundary of the Eurasian plate is Hrafnagjá. It is 11 km long, 68 m wide and has a maximum throw of 30 m. The Þingvellir faults are believed to be the surface expressions of deeply rooted normal faults. The numerous fissures encountered on the valley floor are of similar origin.

The Þingvellir graben is closed towards south by two volcanic systems, the Hengill and Hrómundartindar systems. There have been 4 small eruptions within the fissure swarm north of Hengill in postglacial time: Stangarháls (early postglacial, but age not known); Hagavíkurhraun (5700-5800 years old) and Nesjahraun/Sandey (1900 years old). The Sandey crater cone formed over a fissure extending into Lake Þingvallavatn, and is the only eruption that has occurred within the lake proper. Hrómundartindar is an active volcanic system east of Hengill, with one known eruption in early postglacial time. 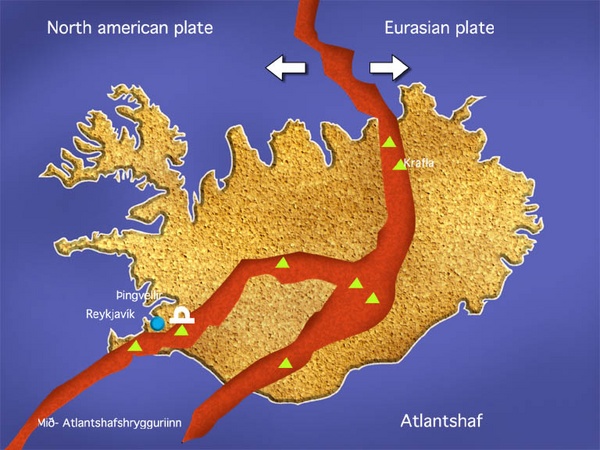 The Þingvellir area is a part of the North Atlantic rift system, almost entirely nested within the Reykjaneshryggur-Langjökull rift system. It can be described as an area of sea-floor spreading, displaying the close association of crustal rifting and volcanism. Þingvellir and the Great Rift Valley of Eastern Africa are the only sites on Earth where the effects of two major plates drifting apart can be observed.

The rift zone constitutes a graben bounded by major faults. The rift valley narrows from about 20-25 km in the NE to about 10 km in the SW. The extension appears as nearly parallel fissures and down-dropped fault blocks running along the length of the valley. On the west (North American) side of the valley, the blocks step down toward the east, while the situation is reversed on the east (European) side. Thus the valley floor is a linear block that has subsided as the valley walls were pulled apart by plate motions. The valley walls are moving apart at a rate of about 7 mm per year, and during the past 9000 years the estimated horizontal extension is of the order of 70 m. The floor is subsiding at about 1 mm per year, with a total subsidence of 40 m for the past 9000 years. Rifting within the graben is episodical, with the last major earthquake activity occurring in 1789. During the 1789 earthquakes the graben floor subsidised 1-2 m. 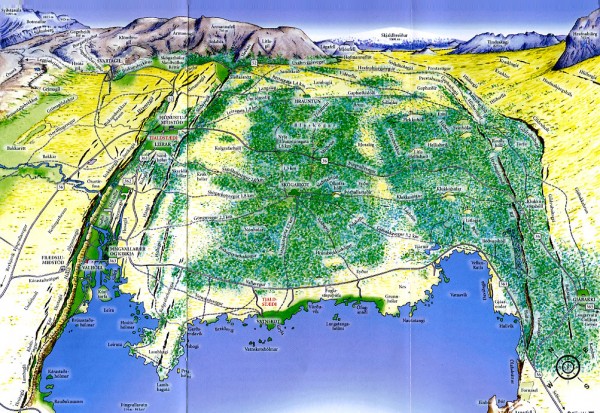 Geology and tectonics of Þingvellir