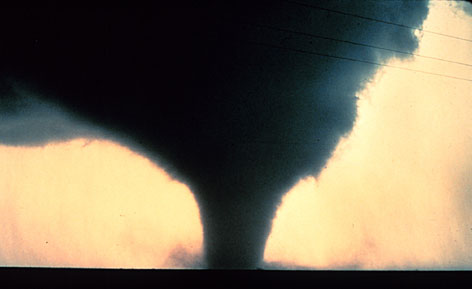 Residents from Tampa to Lakeland are cleaning up after a rash of violent storms and tornadoes tore through the Sunshine State over the past two days. There were at least half a dozen reports of tornadoes along with numerous reports of damaging winds and hail on Thursday alone. The most common damage has been to trees, homes, and power lines, which has left debris scattered throughout neighboring yards and roadways.

An EF1 tornado was blamed in a tent collapse that reportedly injured seven people at the annual Sun ‘n Fun aviation festival at Lakeland Linder Regional Airport. Along with the collapse, a number of planes were overturned and damaged. Winds in the tornado reached 95 mph. Another suspected tornado was blamed for overturning vehicles near Brandon. AccuWeather.com warned of the tornado potential across the region on Thursday, as a strong cold front was crossing the state.

The National Weather Service urged residents to take precautions in the face of strong winds. 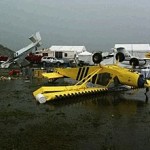 “Gusty winds of 70 to 80 kilometers per hour (45 to 55 miles per hour) can be expected, which can cause unsecured objects to blow around, snap tree limbs and cause power outages,” the weather service said. “Torrential rains will reduce visibility to near zero and will cause ponding of water on roadways.”

Damage from Thursday’s massive storm was spread over a wide region. No county in West Central Florida was spared from flooding, road closures, downed electrical lines, wind damage and power outages. Dozens of homes and businesses were seriously damaged, particularly along Interbay Boulevard in South Tampa and in a small neighborhood in Progress Village.