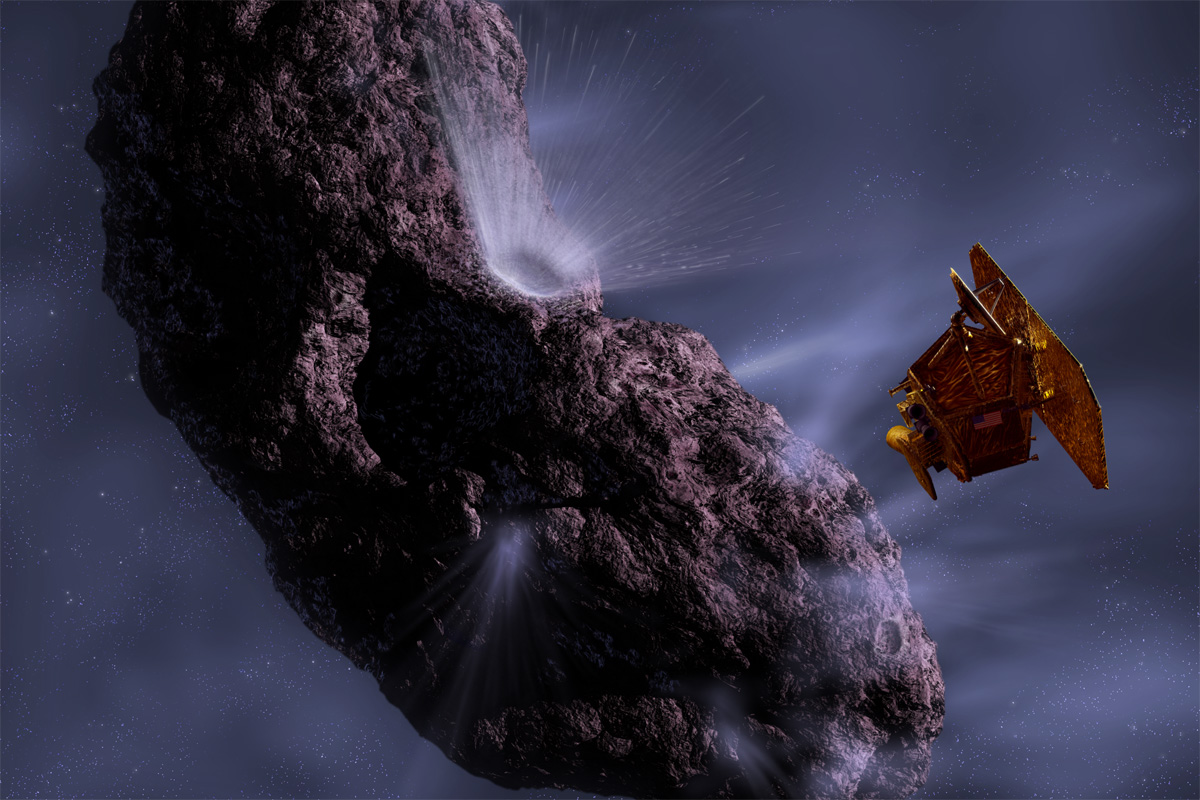 Stardust launched in 1999 and in 2004 became the first and so far only mission to collect samples of comet dust when it flew by comet Wild 2. Stardust made a side trip to asteroid Annefrank in 2002 on its way to comet Wild 2. The samples parachuted to Earth in a capsule in 2006. But the Stardust spacecraft itself kept flying. Because it was still healthy, NASA decided to repurpose it, tweaking its orbit to meet comet Tempel 1 on 14 February of this year.

NASA’s Deep Impact mission had punched a crater in Tempel 1 in 2005, but had failed to obtain any images of it. So scientists were delighted when Stardust imaged the crater during its recent flyby.

But now NASA commanded the spacecraft to burn up its remaining fuel in a suicidal blaze of glory. Without fuel, it will no longer be able to control its orientation in space to keep its solar panels pointed at the sun. It is expected to run out of power as a result. 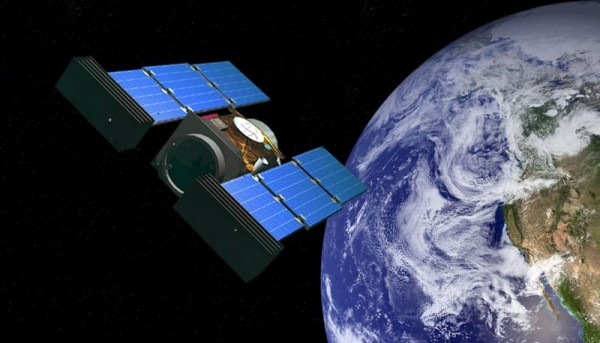 Though using up Stardust’s fuel means it is now a useless piece of space junk, the exercise will provide valuable information for future missions. It is difficult to gauge how much fuel a spacecraft has left in the microgravity of space. Mission planners estimate how much is left based on how much a spacecraft started with and how long its engines have burned. Prior to the burn, mission planners knew it had already used up nearly all of its hydrazine fuel. They estimated it had enough to fire the engines for somewhere between 2 and 10 minutes.

Stardust’s engines burned for only 2 minutes and 26 seconds before running out of fuel. Knowing this will help mission planners refine fuel calculations for future missions. NASA commanded Stardust to turn off its radio transmitter to eliminate the remote possibility that it could transmit signals in future and interfere with communications between Earth and other spacecraft. 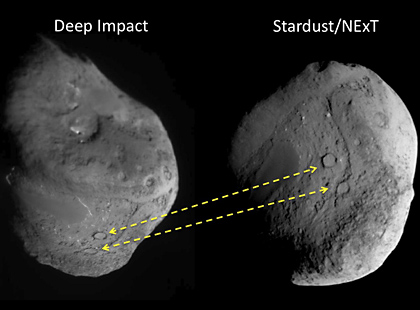 The final burn has barely changed Stardust’s orbit around the sun. Its elliptical path brings it close to the orbits of both Earth and Mars, but there is no chance of a collision with either planet in the next 100 years. Stardust will get no closer than 2.7 million kilometres from Earth’s orbit and 20 million kilometres from Mars’s orbit during that time, the mission team says. (NewScientist)