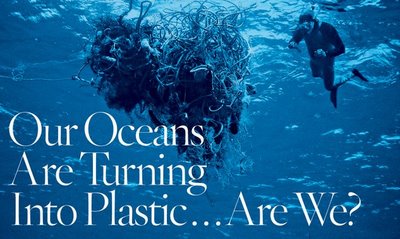 Last month researchers from the 5 Gyres Institute in Santa Monica, California, and the Algalita Marine Research Foundation in Long Beach, California, sailed into Piriápolis, Uruguay. They had just completed the third leg of the first expedition ever to study plastic pollution in the South Atlantic subtropical gyre. In every single trawl, the team discovered plastic.

"This issue has only recently come to the public's attention," says Anna Cummins, co-founder of 5 Gyres. "We're trying to document the issue and get baseline information because there is such a scarcity of data."

There are still significant gaps in the data the crew can collect, however. The nets that they use cannot capture plastic particles that are smaller than one-third of a millimetre across. After a certain size these particles just disappear. Trawling gathers only plastic particles from surface waters. Different kinds of plastic may be suspended at different depths – a dreadful rainbow of rubbish spanning the ocean from top to bottom – but no one has done the research to find out. 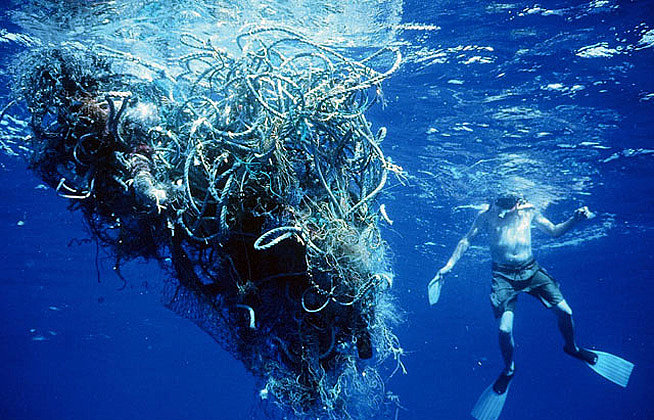 Every flake of plastic cup or shard of toothbrush handle is a sponge for persistent organic pollutants (POPs) – potentially hazardous compounds that do not degrade easily and cling to any hard surface they find. The fate of all this plastic determines not only the health of marine life, but also our own – if fish are feasting on these toxic morsels, then we probably are too.

5 Gyres researchers are currently investigating  whether surface-feeding fish are ingesting plastic – and if so, what that does to them.  By sampling the water and plastic, researchers used a special net to collect around 660 lanternfish – a ubiquitous family of small bioluminescent fish that make up around 65 per cent of all deep sea fish biomass. Lanternfish inhabit the dim depths during the day, but swim to the surface at night to feed so it would probably had some plastic in the guts. Water and plastic samples for the presence of  POPs. 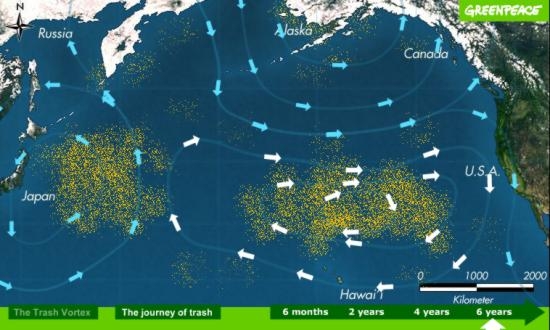 Plastic in the ocean would not be so worrisome if only certain areas were polluted, but it appears to travel everywhere. It's hard to pin down exactly where the remains of a candy wrapper blown out to sea in China will eventually drift.  For at least two decades oceanographers have deployed thousands of Lagrangian drifting buoys, which are designed to map surface ocean currents rather than wind patterns or waves.  Wherever the buoys gather most densely  is also where plastic particles should cluster. And that is what the researchers have found so far – all our plastic waste meets and circulates in the gyrating wastes of the ocean.

More surprising is that despite the lure of the gyres, the buoys – and, therefore, probably plastic in general – really get around. What researchers have established so far is that the plastic in the oceans is persistent and pervasive. Investigations into what all this pollution means for wildlife and people are just getting started, but the early signs are not reassuring. (NewScientist)