Heavy snow and ice accumulations are likely to produce hazardous travel, downed trees, and power outages from the Mid-South to the Northeast, U.S. The heaviest snow is expected along and just west of the Appalachians, and the most damaging icing is likely across parts of North Carolina.

As the major winter storm tracks from the Southeast up the East Coast today, keep track of snow & ice totals plus wind reports using our Local Storm Reports page! Visit the page via the link here: https://t.co/MpUoy7ZqFP pic.twitter.com/wIapcPJDEn

Furthermore, the rain will move into parts of the northern Mid-Atlantic and Southern New England overnight Sunday.

On Monday, as the storm moves across the Northeast, the rain will develop over the coastal regions of Maine with heavy snow inland.

Light snow will linger over parts of the Central/Southern Appalachians into the Northeast by Monday evening into Tuesday.

The heavy snow will end overnight Monday over Maine. The combination of snow and ice may cause hazardous road conditions during and after the storm. 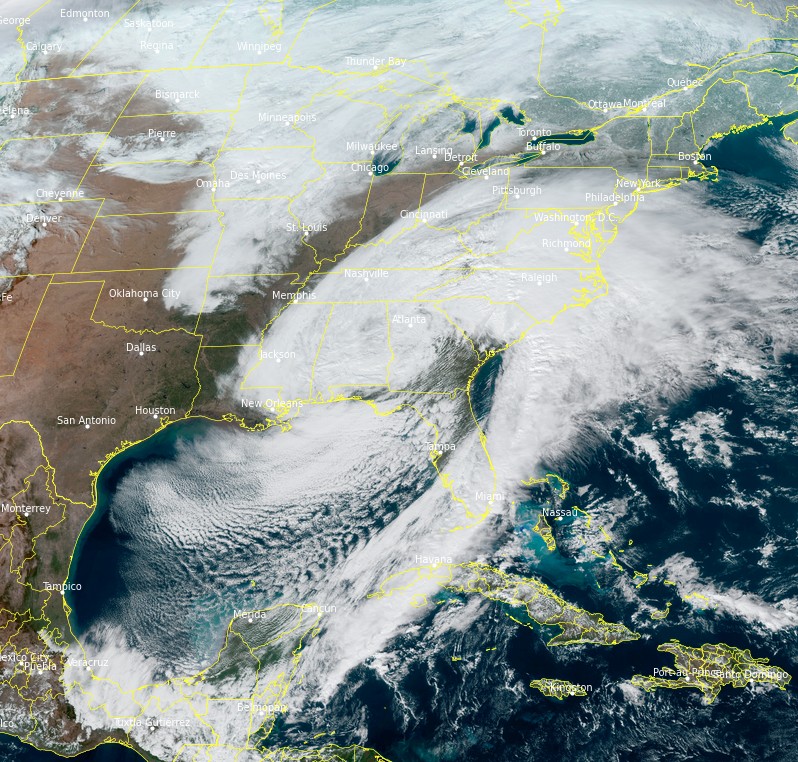 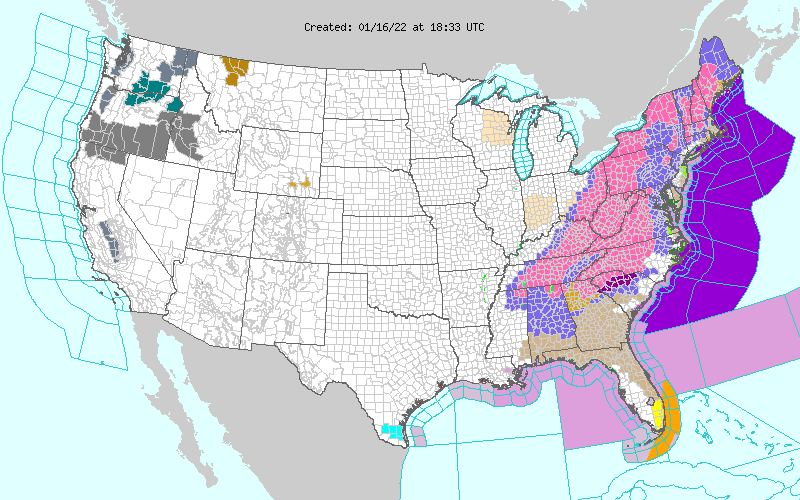 In terms of snow rates, more than 2.5 cm (1 inch) per hour are possible over parts of the Tennessee Valley and along and just west of the Appalachians today and Monday.

Ice accumulations will expand from northeast Georgia through the interior Mid-Atlantic states, with the most damaging icing likely across the Piedmont of the Carolinas, including Charlotte, NC, and Greensboro NC, which will result in dangerous travel, power outages, and tree damage.

As a follow-up, this system is expected to produce seas near 9 m (30 feet) per the OPC forecast.

As a follow up, this system is expected to produce seas near 30 ft per the OPC forecast, which is animated below. pic.twitter.com/1BW6x9Qhtd

A few different GOES-E satellite views of the intensifying low pressure across the SE this morning. The forecast is still on track, with widespread #storm warnings (dark purple on the warnings map) spanning all 18 offshore zones. #MarineWx pic.twitter.com/cYqwP8uyl5