Denver residents woke up to 203 mm (8 inches) of snow on Thanksgiving morning, November 28, 2019, making it the most snow on the ground on the holiday since 1979, according to official statistics at Denver International Airport. Meanwhile, fog covered the city on Black Friday, November 29.

This year was also the third time in recorded history that the city has seen that amount of snow on a Thanksgiving morning. 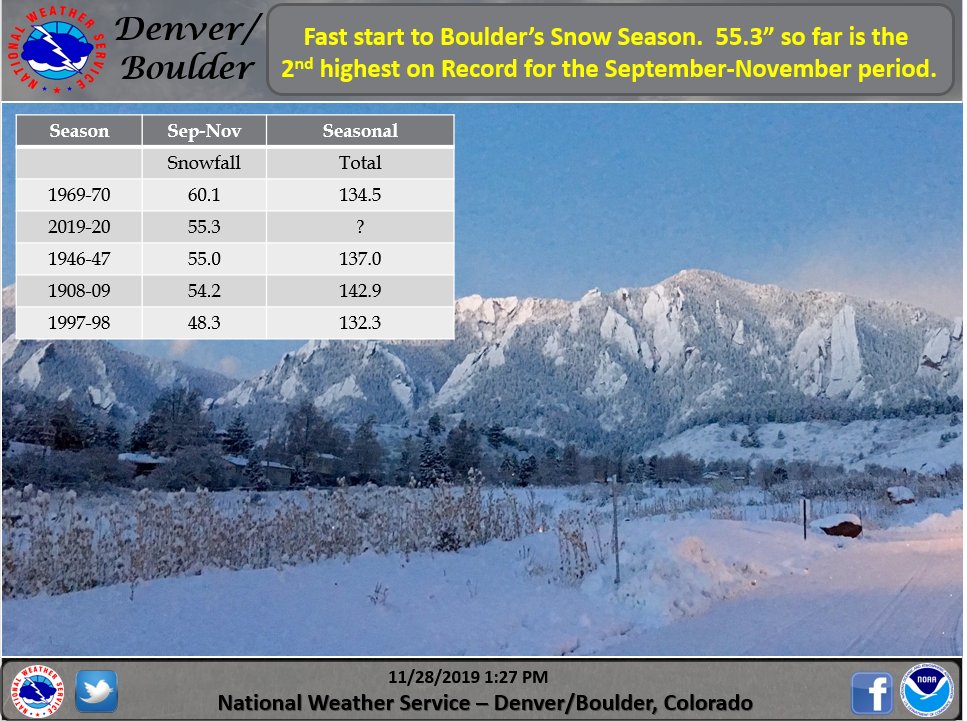 While the official snowfall registered was 241 mm (9.5 inches), other parts of the metro area have seen more than 305 mm (12 inches) — Denver's biggest 24-hour snowfall in over three years.

Hey @NWSBoulder, I flew over you. Here are your Thanksgiving skies! #cowx pic.twitter.com/LgGv5NEe9k

Two storms bringing heavy snow and hurricane-force winds left tens of thousands without power in parts of the United States yesterday. These photos were taken in Denver, Colorado. pic.twitter.com/ItC9x5Vaza

The snowstorm left the metro area paralyzed, and its effects have made travel more difficult on Thanksgiving week.

Farmer's Almanac described this as "one of the biggest Thanksgiving storms to ever hit a major city."

NWS's data about Denver's cold season revealed that residents commonly receive at least some snow before the holiday.

A dense fog that blanketed the city on Friday morning, November 29 and NWS said rain and snow are likely throughout the rest of the day. Temperature is expected to hit 2 °C (36 °F) during the day, and -2.7 °C (27 °C) overnight.

A Dense Fog Advisory continues until 9 am this morning for area along and east of a line from Denver to the Wyoming stateline. #cowx pic.twitter.com/tVSSXXxhpm

Due to low visibility, all flights headed to Denver International Airport had to be delayed.

Winds will pick up overnight with maximum gusts up to 39 km/h (24 mph), and snow showers are also expected. 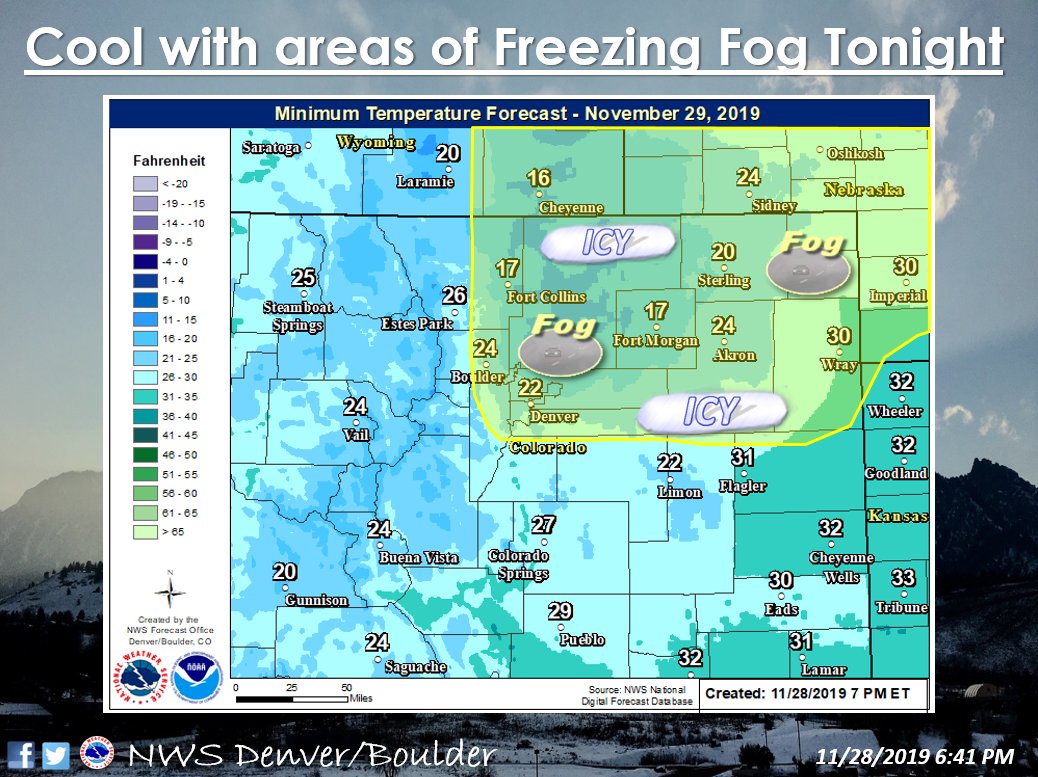 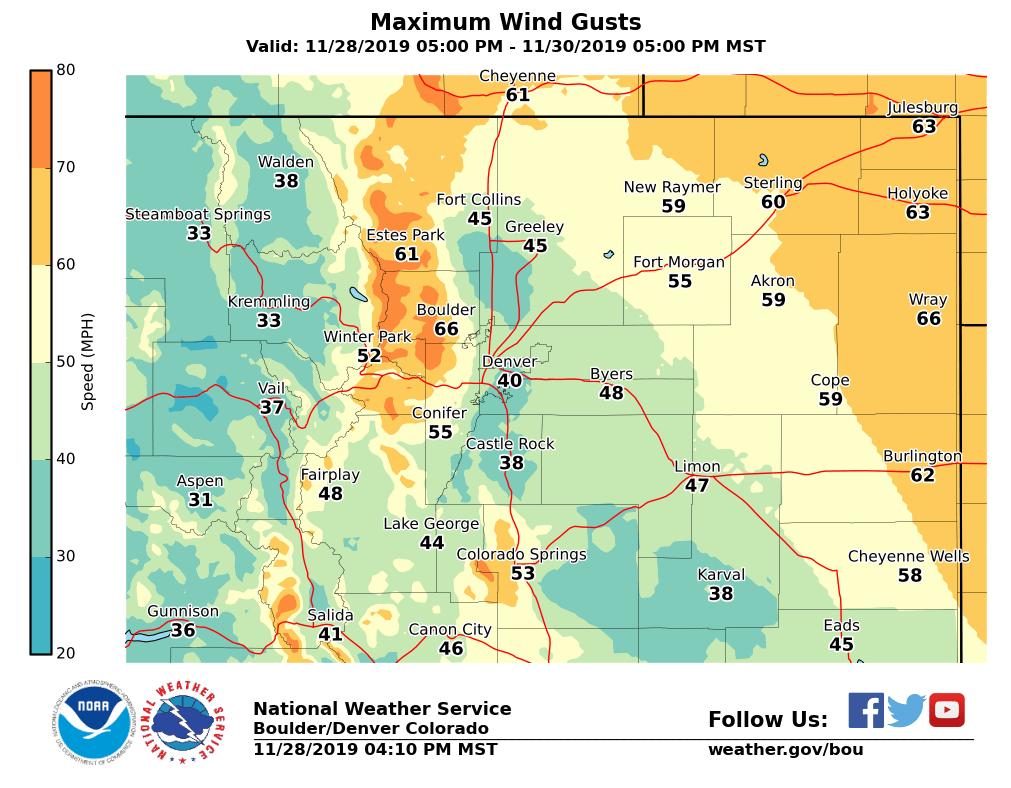