JAXA's Hayabusa2 spacecraft has released MINERVA-II2 with its last rover toward asteroid Ryugu on Thursday, October 3, 2019. The rover is expected to land by October 8 as part of its final mission before returning to Earth, according to Japan Aerospace Exploration Agency (JAXA).

The spacecraft will collect data and photos of the rover's descent to Ryugu in the following days to study its gravity. 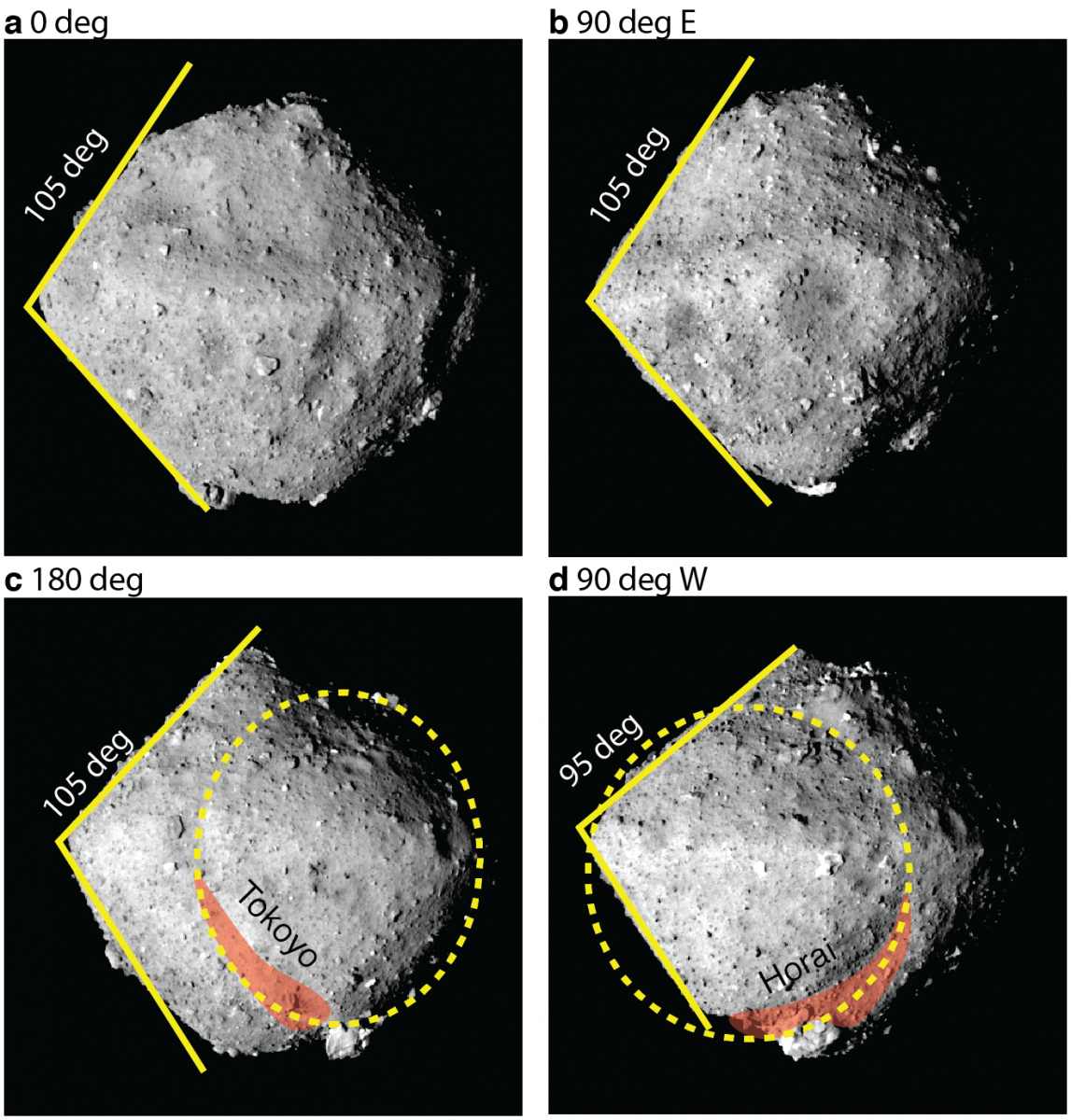 When viewed from a certain direction (90 degrees west), the angle of the equatorial ridge on Ryugu becomes very sharp. This feature is also discussed in the paper led by Sei’ichiro Watanabe. (Hirabayashi, M.+, 2019)

Hayabusa2 reached the asteroid, which is 300 million km (180 million miles) from Earth, in June 2018. Since then, it has gathered soil samples and other data in a series of missions focused on collecting clues to the solar system's origins.

Rover 2, which resembles a circular cookie tin, was released from the Minerva-II2 container at about 1 km (0.6 miles) above the surface on September 28. The rover continued on its way toward the surface, while Hayabusa started climbing to a height of about 8 – 10 km (6.2 miles) to watch rover's descent. The rover should land by October 8. 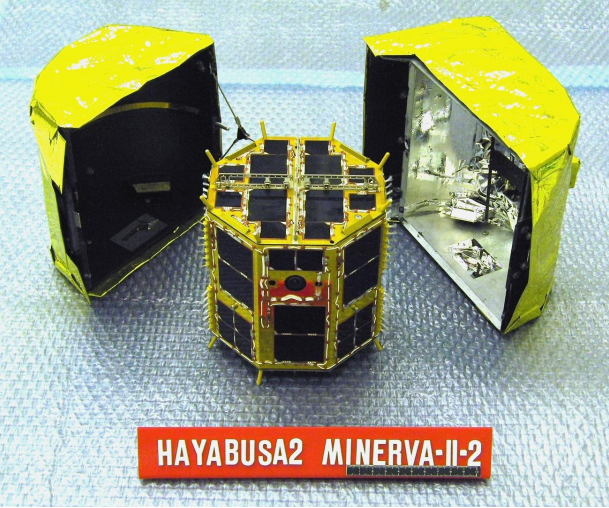 Two other similar solar-powered rovers were sent to Ryugu in 2018 to gather information and take images. 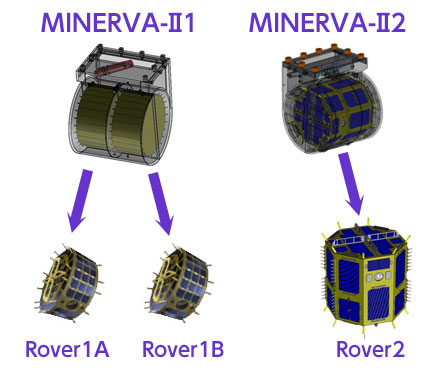 Hayabusa2 itself reached the asteroid twice even though it encountered difficulties due to Ryugu's surface, which was rockier than expected, thus, making the landing possibilities limited.

On its first landing in February, it collected surface dust samples. On its second touchdown in July, it gathered underground samples- the first time in space history after landing in a crater made from a surface blast.

Scientists from JAXA believe that the samples contain important information unaffected by radiation from space and other factors that could potentially tell more about the solar system's beginning, billions of years ago.

Asteroids are among the oldest objects in the solar system and they contribute to studies about how the Earth evolved.

[MINERVA-II2] Group photo to celebrating the successful separation of MINERVA-II2! It is well past midnight and are now a little tired… but the operation is ongoing! In the future, we will observe the orbital motion of MINERVA-II2 after its separation. pic.twitter.com/BLqS9UQB8I