South African Weather Service issued severe weather warnings and watches for part of the country as an intense cold front, currently positioned SW of South Africa, is expected to make landfall overnight tonight July 22 into 23, 2019 with a second front following closely tomorrow. The cold fronts are expected to result in a significant drop in temperatures, windy and wet conditions as well as snow in the western and southern parts of the country.

Cold, wet and windy conditions will first be felt in the Western and Northern Cape on Tuesday, July 23 and will spread to the central parts of the country by July 24 with a significant drop in temperatures.

The fronts are expected to be accompanied by strong winds from July 22 to 24 over the Western Cape and central and western parts of the Northern and Eastern Cape Provinces. 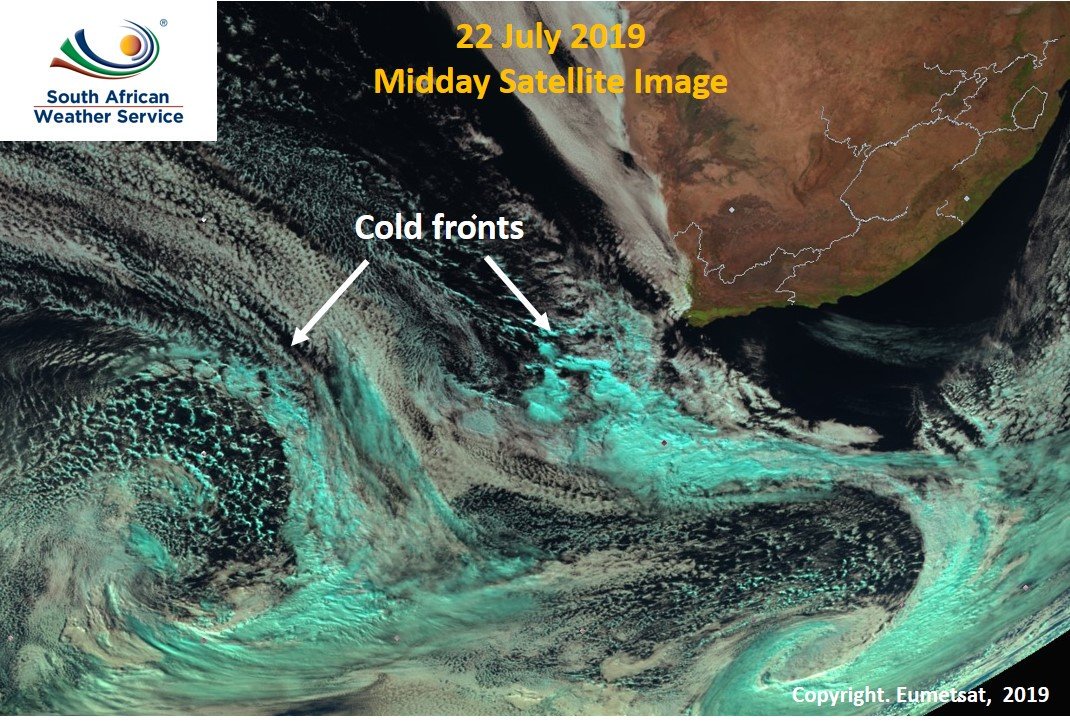 These strong winds, reaching 65 – 75 km/h (40 – 46 mph), could lead to damage of settlements (both formal and informal), possible structural damage, especially temporary structures, interruptions to power utilities as well as an increase in travel times due to falling trees and reduced visibility due to dust storms. Susceptible roads could also be closed during this time, SAWS meteorologists warn. 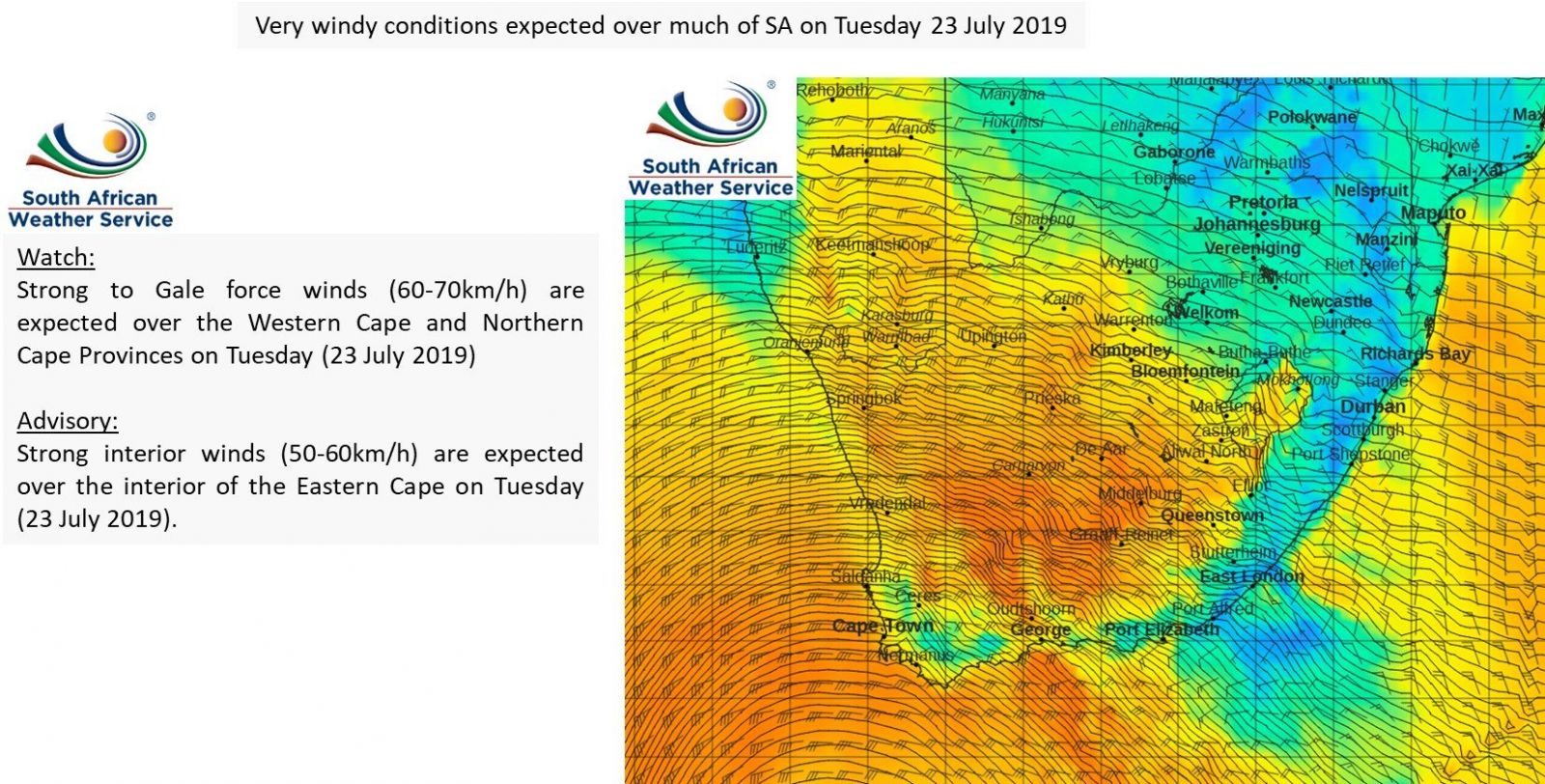 This past weekend saw some snow reaching the ground in various highlying areas in the Western Cape. Further snow is expected once again in a similar area starting on Tuesday evening and possibly reaching more than 10 cm (3.9 inches) in places (Karoo Hoogland, Cederberg, and Langeberg). This could lead to icy roads and possible loss of vulnerable livestock as well as non-major passes being closed for a short period of time. The snow is expected to spread eastwards into the Eastern Cape by Tuesday evening reaching the Sneeuberg and the southern Drakensberg. 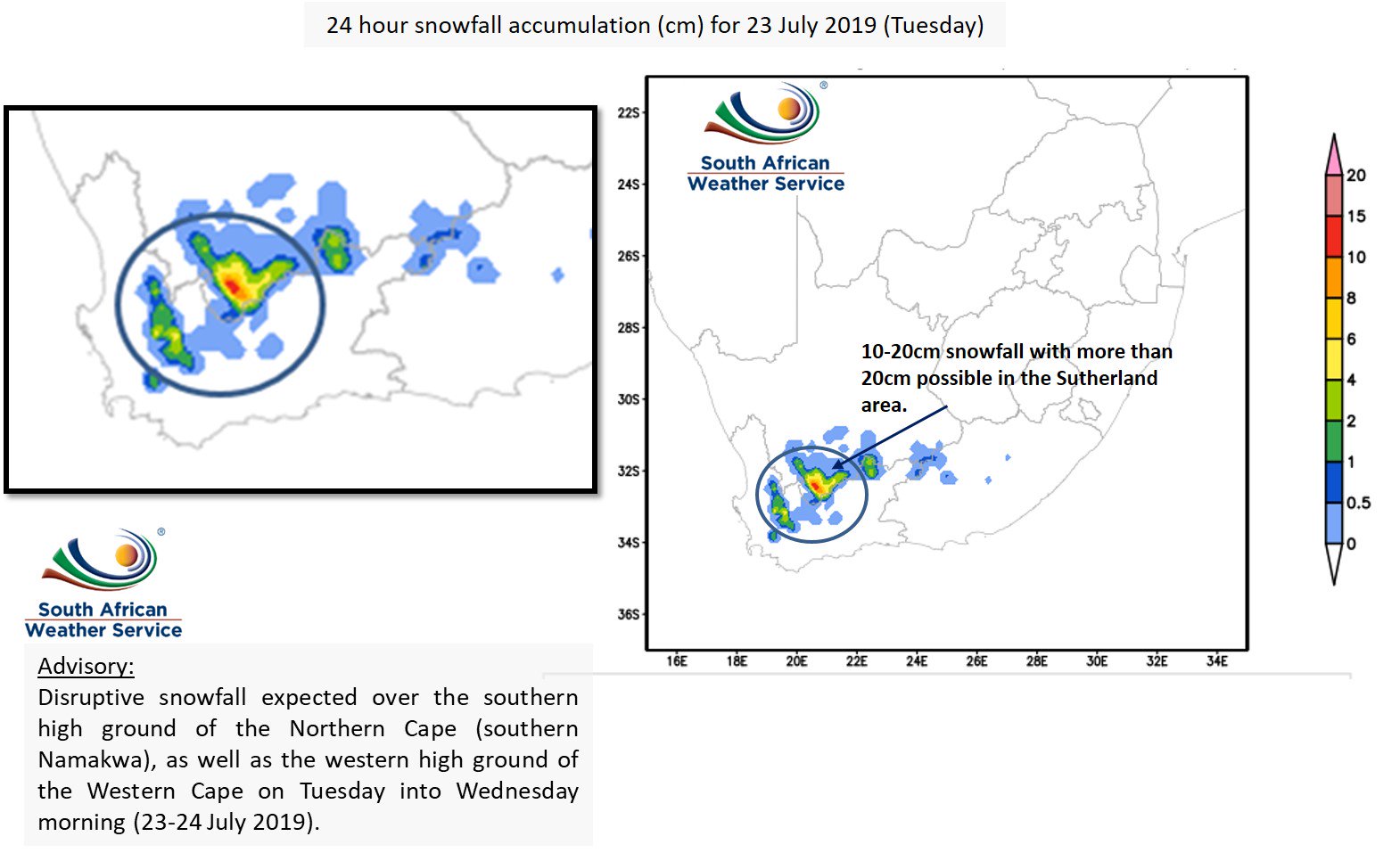 The rainfall will mainly be confined to the western and southern parts of the country (Western, Northern and Eastern Cape) and will clear by Thursday, July 25.

The bulk of the rainfall will occur in the western parts of the Western Cape on July 23 which could be heavy at times and lead to flooding of roads and informal settlements as well as cause major traffic disruptions. There is also a possibility of rockfalls and mudslides in places. 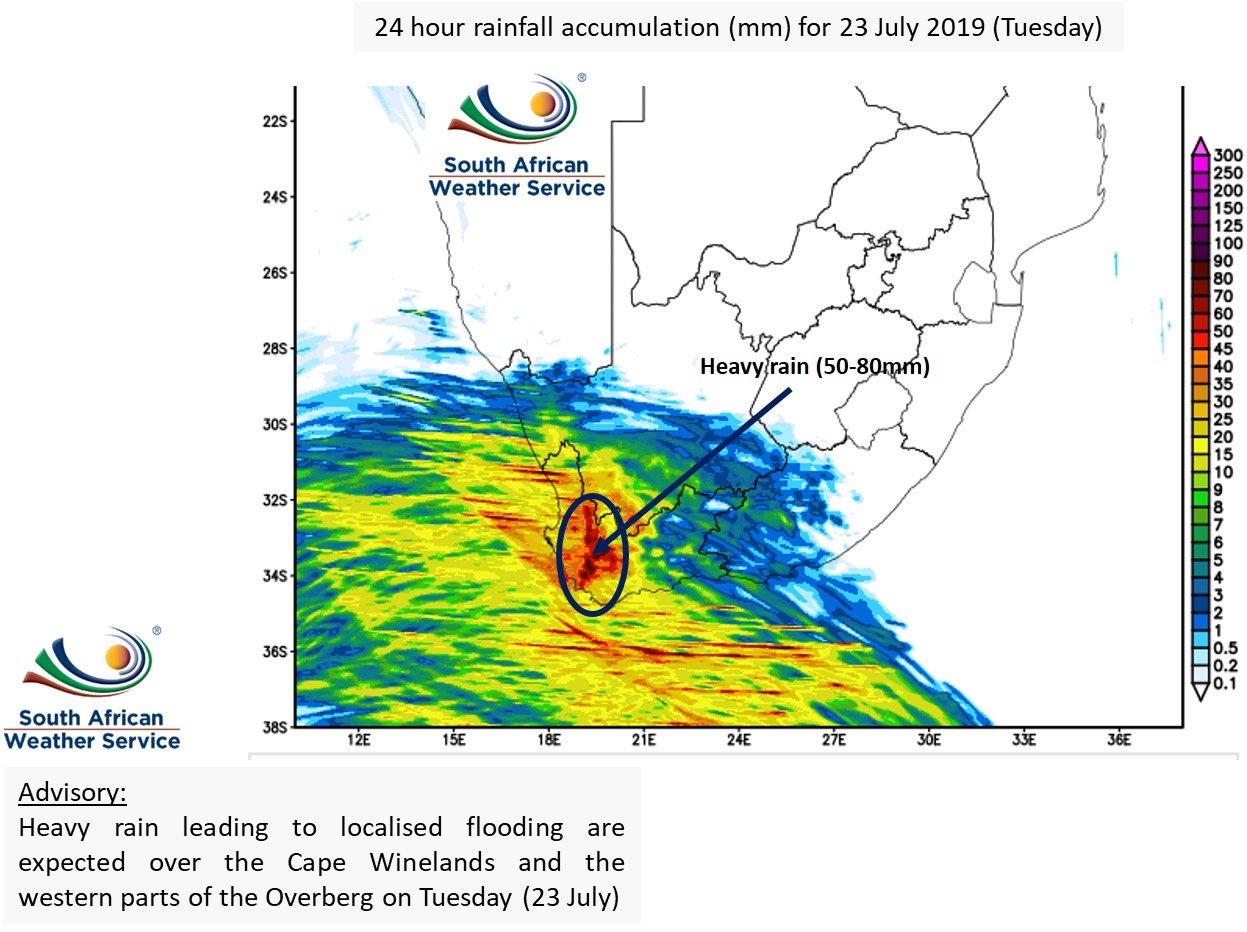 Just a few weeks later, the city stands on the verge of another bumper rainfall episode. Over the past seven days, the facilities have increased their water levels by 2.43%, taking them up to 63.83% full in total. 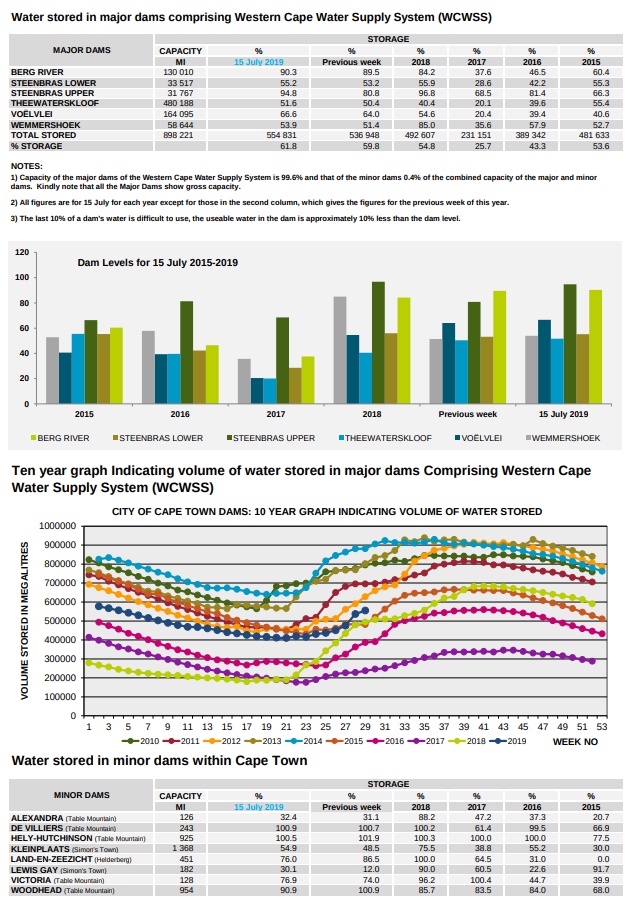 Cape Town is recovering from its worst drought in over a century and severe water crisis. This forced officials to impose strict Level 4 water restrictions on June 1, 2017, limiting residents to only 100 liters (26 gallons) of water per person per day. The measure also bans all use of municipal water for outside and non-essential use.

Cape Town is using 5 dams to collect its drinking water, and as of May 29, 2019 those dams, collectively, dropped to 19.7%. However, since the last 10% of that water is not usable, Cape Town's 4 million residents had only 9.7% of usable water left, less than 60 days of normal consumption.