An earthquake swarm that started in Tjörnes Fracture Zone on Saturday, March 23, 2019 is still ongoing and the number of earthquakes has increased on March 27, the Icelandic Met Office reported 22:40 UTC, March 27.

The quakes are located 6 km (3.7 miles) southwest of the town of Kópasker. A magnitude 4.2 earthquake was reported at 20:30 UTC on March 27, which is the largest earthquake in the swarm so far.

IMO said it has received reports from people in the area that felt the largest earthquakes, adding that a number of smaller aftershocks are now being detected.

Almost 500 earthquakes have been measured in the area on March 27 and in total, roughly 900 earthquakes since the swarm started March 23.

The office said earthquake swarms in this area are common. 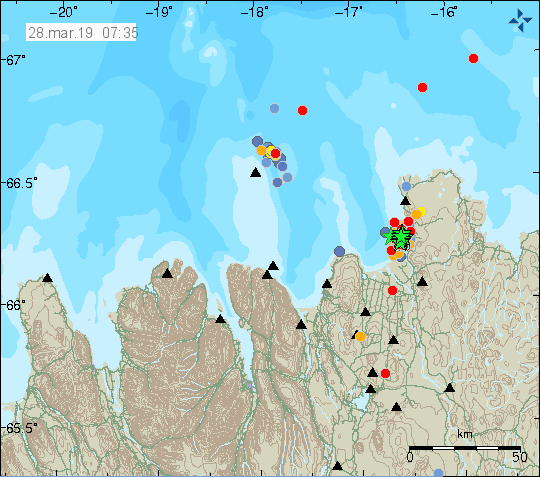