A slow-moving storm brought widespread heavy precipitation across central to northern California and very heavy snow through the Sierra on February 26 and 27, 2019. The County of Sonoma has issued mandatory evacuations to residents living near the Russian River. Russian River at Guerneville is now at major flood level and is forecast to peak late Wednesday evening, February 27 at 14.05 m (46.1 feet). All roads in and out of Guerneville are now closed.

The station is located in the City of Santa Rosa proper and dates back to 1902.

22 river gauges across the state are showing minor to major flood levels at 13:00 UTC on February 27. 4 of them are in major flood stage, all of them in Sonoma County around Santa Rosa – Russian River at Jimtown, Russian River at Guerneville, Mark West Creek near Mirabel Heights and Willow Brook at Penngrove Park. 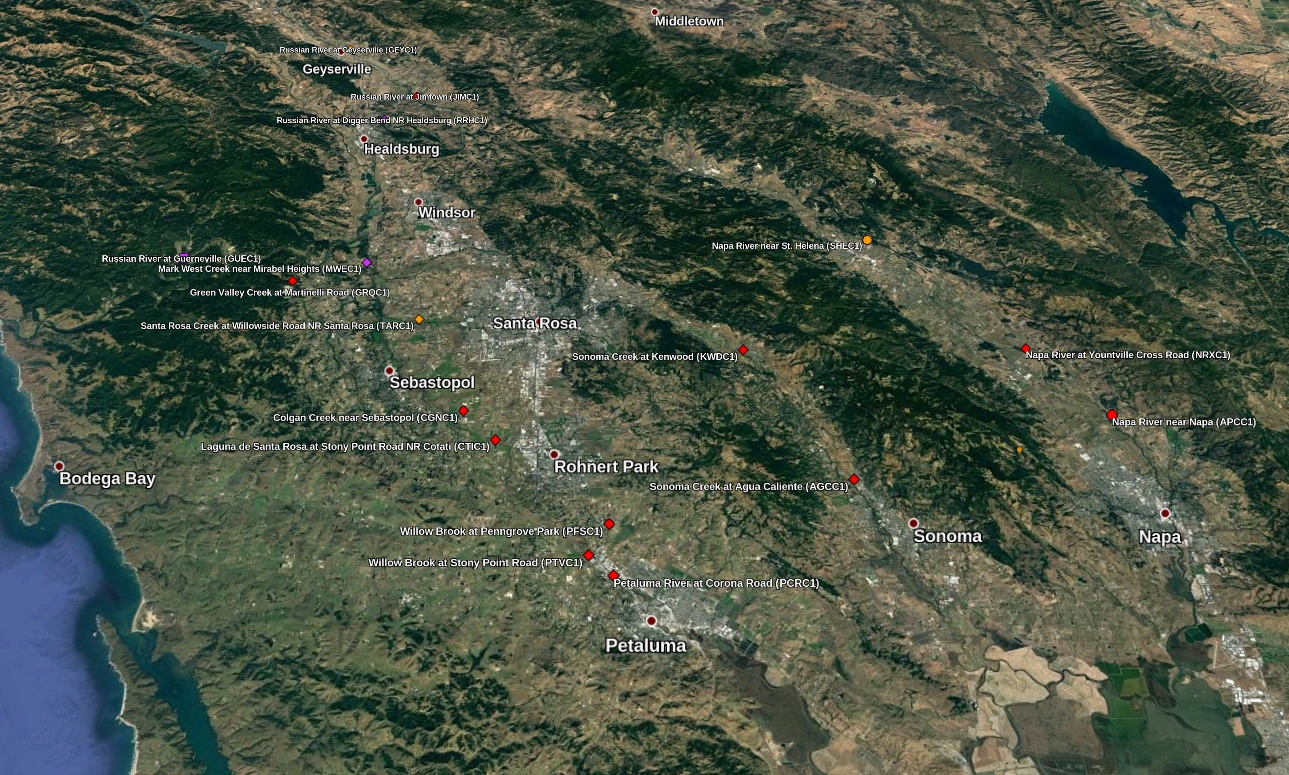 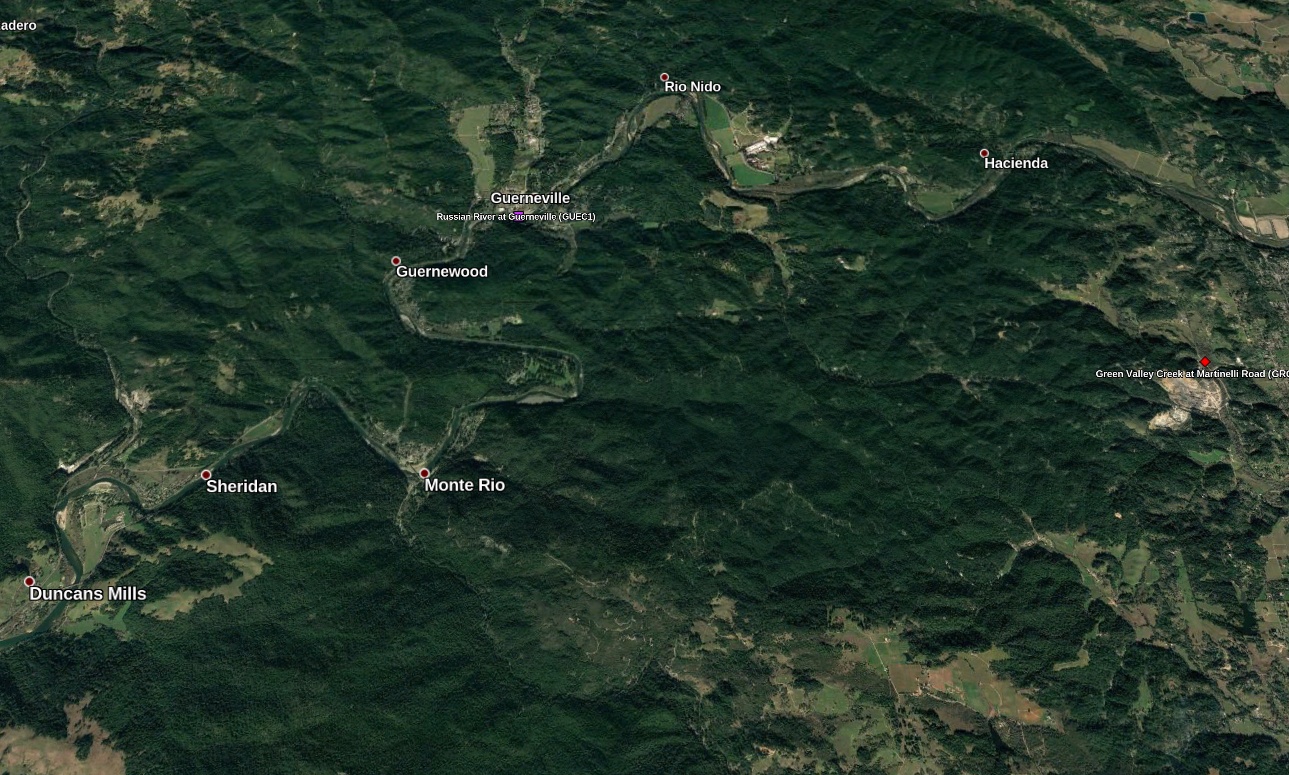 As of early February 27, all roads leading to Guerneville are flooded, leaving no way in or out of the community, the Sonoma County Sheriff said.

GOES-17  IR imagery (channel 15) shows the #AtmosphericRiver impacting north of the Golden Gate through the day. A sharp contrast in rain reports: 5+" of rain has been observed today in parts of the North Bay while Downtown San Francisco has only recorded 0.37". #CAwx pic.twitter.com/OlTJQJsa6e

#RussianRiver at #Guerneville forecast to peak at 46.1 feet late Wednesday evening (major flood). This would be the sixth highest level on the Russian River in Guerneville, and the highest since 1995. #CAwx #CAflood #CAstorm pic.twitter.com/9zFQyyBXjT

I feel like I'm living in a perpetual state of disaster here in California. Floods are eerie at night, as Guerneville and the rest of the Russian River Area brace for more flooding. @NorthBayNews @NWSBayArea #cawx #AtmosphericRiver #CAstorm pic.twitter.com/sCn4Kx8h7p

Upon further review, the 5.66" of rain that fell in Santa Rosa today would break the all-time daily precipitation record for the climate site. Records for the City of Santa Rosa go back to 1902. @NWSWPC #CAwx pic.twitter.com/pTabEztYaR

48 hour rainfall totals. These values will certainly change as more rain falls across the region. Over 10" so far in in the #NorthBay for a more detailed list https://t.co/UCvqP1GbcO #cawx #AtmosphericRiver pic.twitter.com/oBFekTlu22

#AtmosphericRiver viewed from space  Additional pulses of moisture will bring periods of moderate to heavy rain to the #BayArea through Wednesday. #cawx #caflood pic.twitter.com/mfEKUsloe9

It's windy out there! Here are some of the top gusts over the last 12 hours. For a more complete list : https://t.co/EH9CqAeegY #cawx pic.twitter.com/g7dvlTYfVl

A mudslide took place on Bohemian Highway on Tuesday afternoon, closing the roadway in both directions near Monte Rio, not far from Guerneville. This was one of two routes available for those evacuating due to Russian River flooding. The other way out was through Highway 16 which is now closed too.

Two people got stuck in the mudslide and were later rescued.

Dozens of other mudslides were reported in Sonoma and Plumas counties, blocking lanes or entire portions of Highways 1, 116, 128 and 70.

Authorities said many water rescues were executed as motorists found themselves stranded in as much as 30 cm (1 foot) of flowing water.