Residents reported damaged homes, including broken glass, and rockfalls in the municipality of Paez. 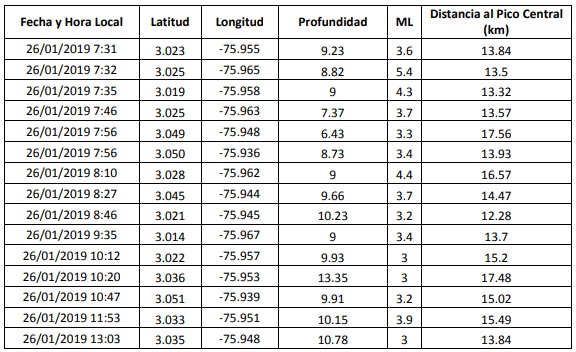 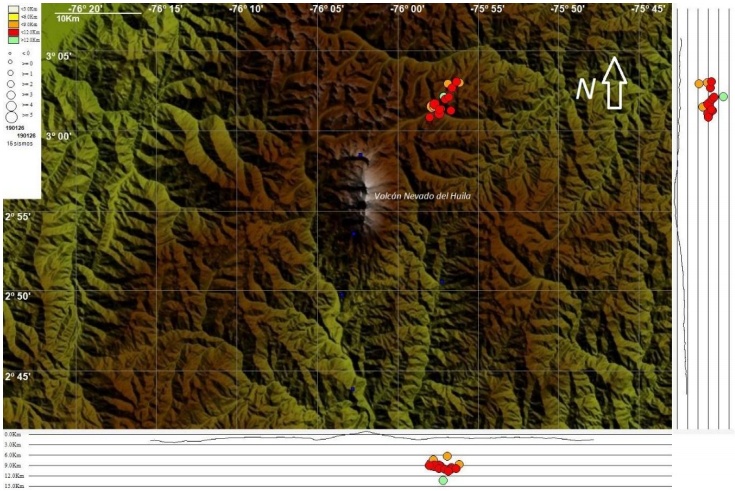 SCG scientists say the quakes, although in the area of influence of the Nevado del Huila, are not located directly under the volcano and have not affected other monitored parameters.

Nevado del Huila started erupting on February 19, 2007, after more than 200 years of inactivity.

The eruptions caused major mudslides and debris was scattered along the Paez River but communities living in close proximity were warned on time thanks to monitoring equipment and early warning system which allowed some 5 000 people living in the area to evacuate.

The last eruptive period of this volcano took place from October 2008 to January 2012.

Nevado del Huila, the highest peak in the Colombian Andes, is an elongated N-S-trending volcanic chain mantled by a glacier icecap. The andesitic-dacitic volcano was constructed within a 10-km-wide caldera (6.1 miles).

Volcanism at Nevado del Huila has produced six volcanic cones whose ages in general migrated from south to north.

The high point of the complex is Pico Central. Two glacier-free lava domes lie at the southern end of the volcanic complex. The first historical activity was an explosive eruption in the mid-16th century.

Long-term, persistent steam columns had risen from Pico Central prior to the next eruption in 2007, when explosive activity was accompanied by damaging mudflows.

This volcano is located within the Cinturo Andino, a UNESCO Biosphere Reserve property.