Category 4 Hurricane "Lane" is heading west at 19 km/h (12 mph) and is expected to turn toward Hawaii on August 22 and 23 and pass dangerously close to the main Hawaiian Islands. Current forecast track doesn't call for a direct impact and Lane will be a significantly weaker hurricane by the time it draws closer to the islands. However, impacts from this dangerous hurricane will extend well away from its center, large and potentially damaging surf is expected along exposed shorelines as well as excessive rainfall across portions of the state from August 22, leading to flash flooding and mudslides.

While there are currently no coastal watches or warnings in effect, a Hurricane Watch may be required for portions of the main Hawaiian Islands later today, NHC forecaster Birchard noted. 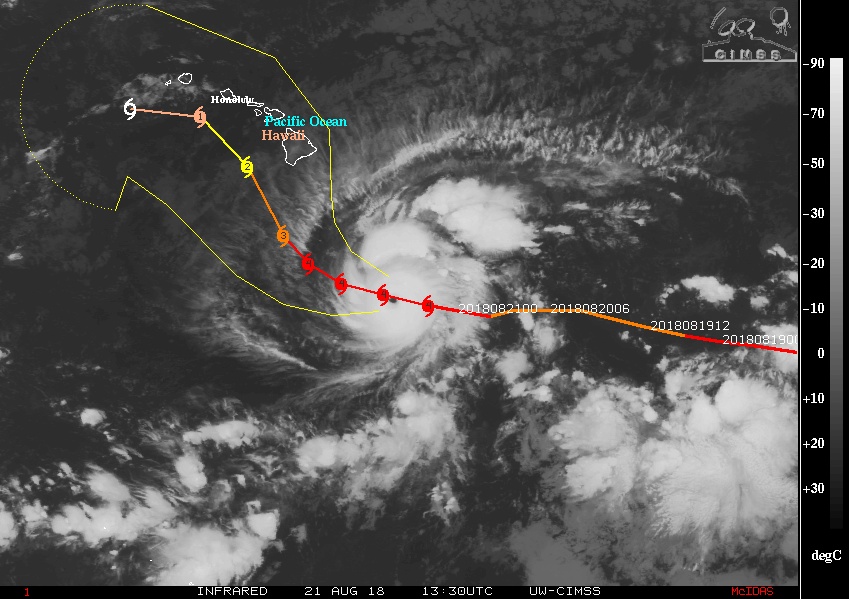 All of the reliable model guidance now indicates that Lane will begin to make a gradual turn to the west-northwest by Wednesday, August 22 with a gradual slowing in forward speed.

A more decided turn toward the northwest is expected Thursday, August 23 with relatively slow-moving Lane now forecast to move dangerously close to the main Hawaiian Islands.

A turn toward the west is expected in the later forecast periods, with forecast models indicating a weakened Lane increasingly being steered by the low-level trade wind flow. 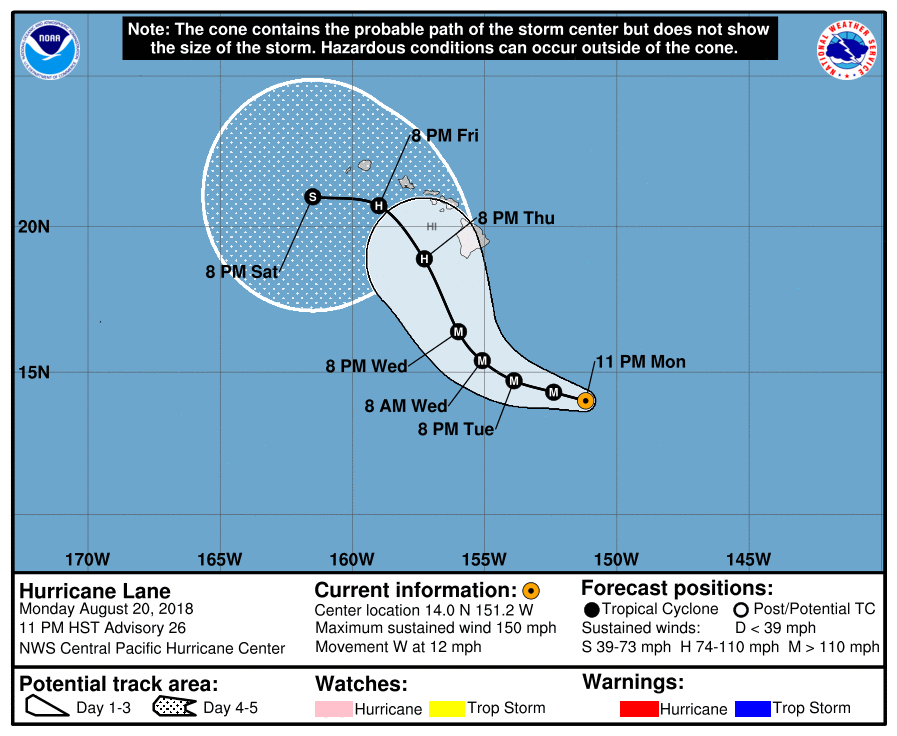 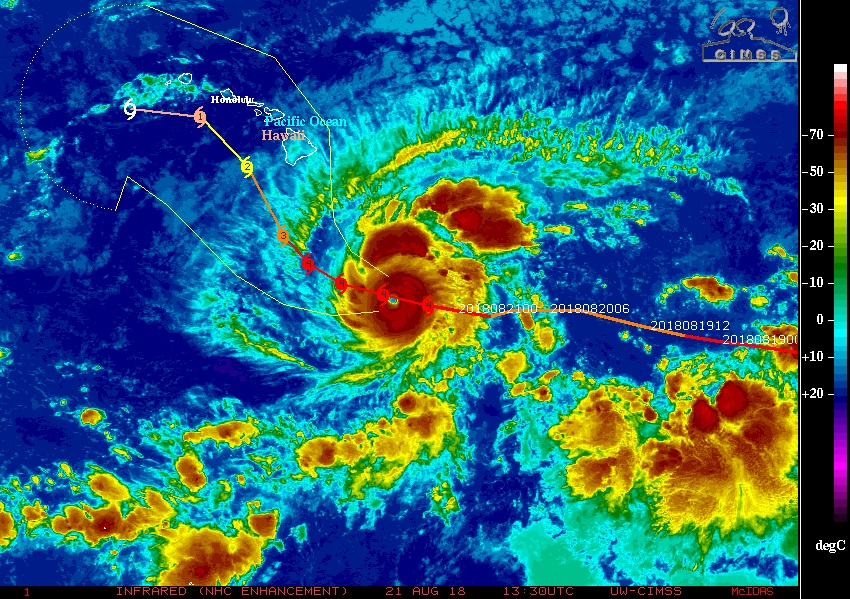 Large swells generated by Lane will impact the Hawaiian Islands this week. These swells will produce large and potentially damaging surf along exposed shorelines.

Excessive rainfall associated with Lane could affect portions of the Hawaiian Islands from Wednesday into the weekend, leading to flash flooding and mudslides.

The uncertainty in the track forecast necessitates that interests in the Hawaiian Islands continue to closely monitor Lane the next couple of days. It is important to not focus on the exact forecast track, as impacts from Lane extend well away from its center.