A new fissure eruption started at Piton de la Fournaise, shield volcano located on the eastern side of Réunion island in the Indian Ocean. This is its third eruption of the year. The two previous took place in April 2018. The alert level is at 2-2.

The eruption began at 01:30 UTC on July 13, after gradually increasing seismicity registered since 22:00 UTC, July 12.

According to the Piton de la Fournaise Volcano Observatory (OVPF), four fissures, approximately 1 km (0.62 miles) long, opened on the northern flank of the volcano, inside the central caldera of the volcano. 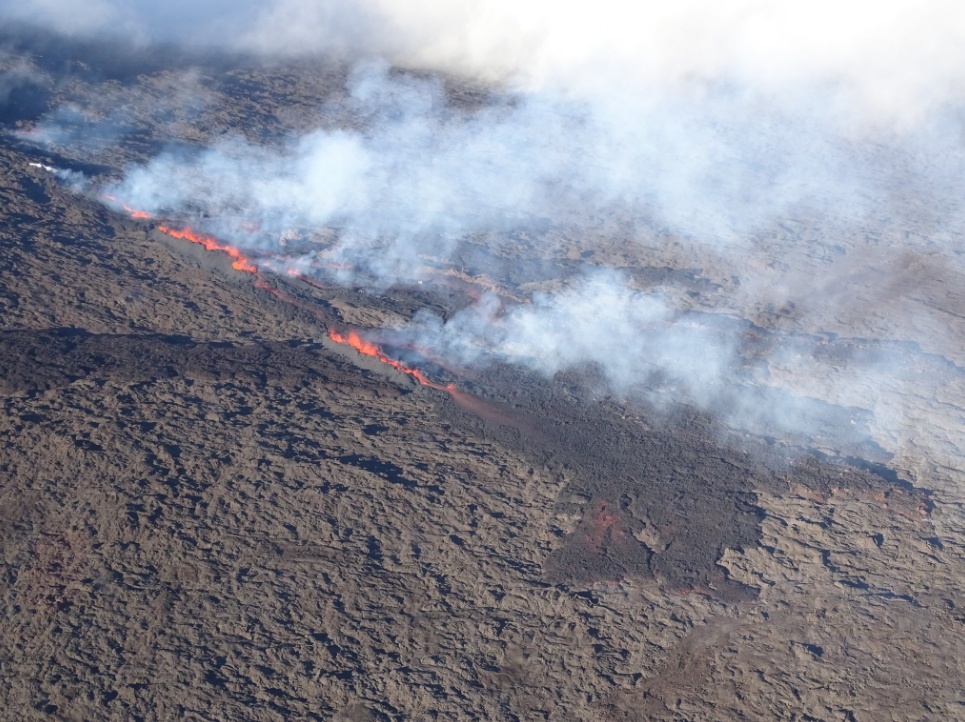 Since this area is uninhabited, the eruption poses no danger for the population.

The Sainte-Rose Coupé trail is currently closed to pedestrian traffic from the Piton Partage because of a real and impending danger of collapse.

Access to the volcano is prohibited until further notice. 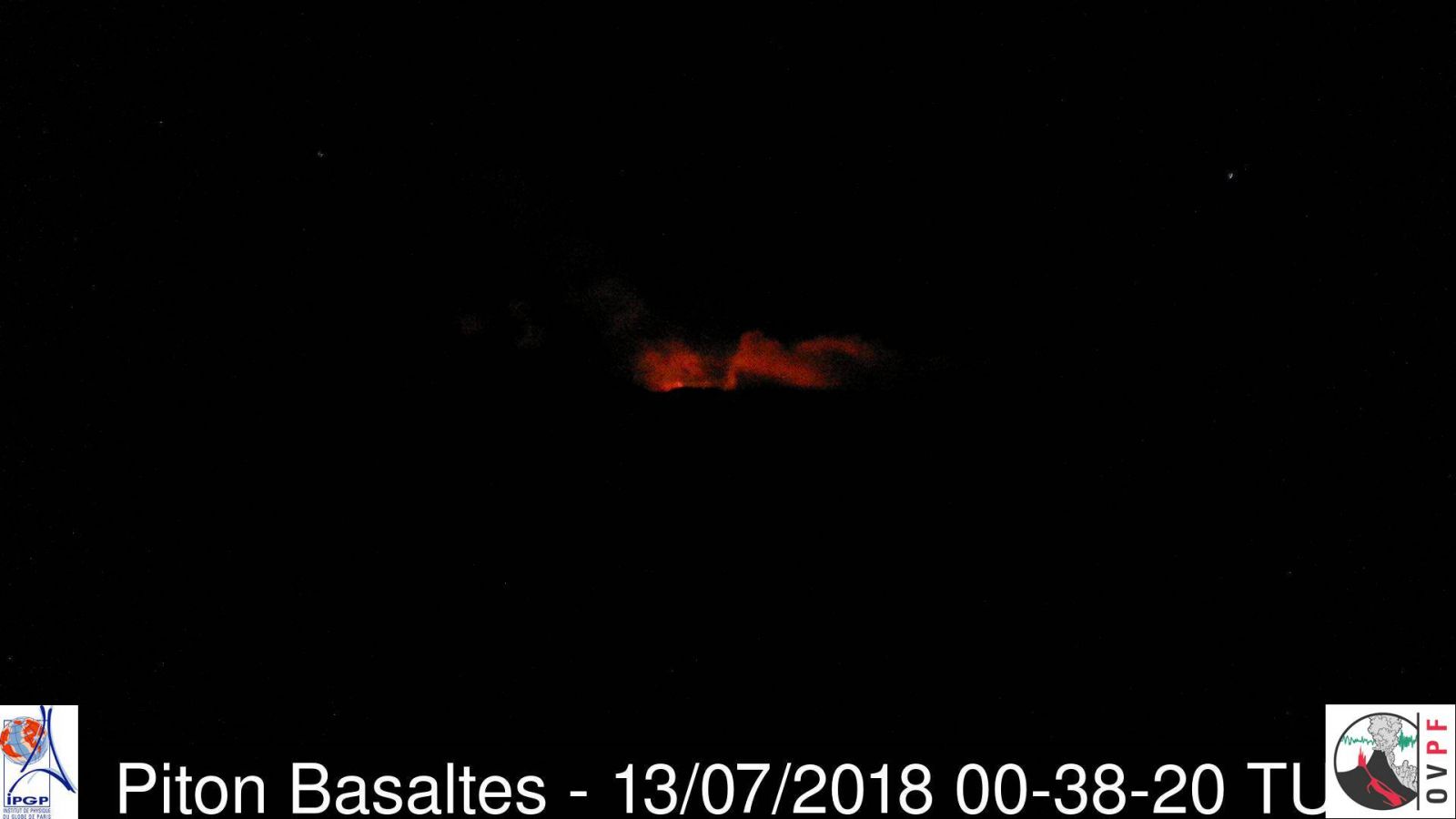 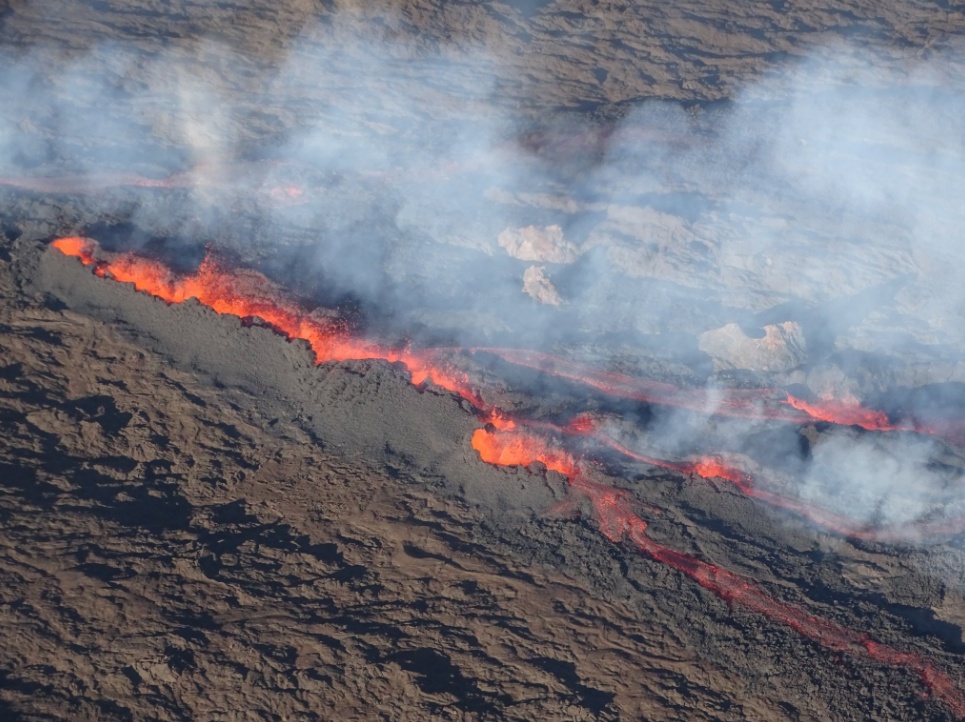 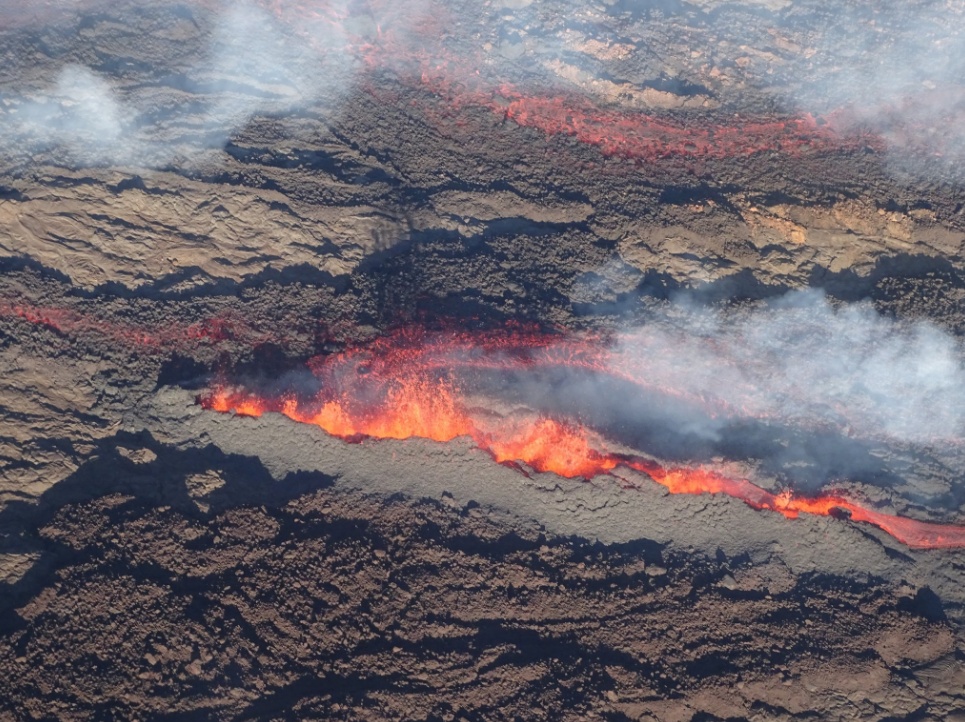 Lava flow erased the Rosemont Chapel site, listen since the 18th century in writings describing the first expeditions in the Enclos.

Most historical eruptions have originated from the summit and flanks of Dolomieu, a 400-m-high (1 312 feet) lava shield that has grown within the youngest caldera, which is 8 km (26 247 feet) wide and breached to below sea level on the eastern side.

More than 150 eruptions, most of which have produced fluid basaltic lava flows, have occurred since the 17th century. Only six eruptions, in 1708, 1774, 1776, 1800, 1977, and 1986, have originated from fissures on the outer flanks of the caldera. The Piton de la Fournaise Volcano Observatory, one of several operated by the Institut de Physique du Globe de Paris (IPGP), monitors this very active volcano. (GVP)